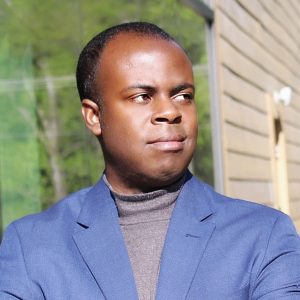 The 6-year-old daughter of George Floyd spoke those words last week as protests broke out against her father’s death at the knee of a Minneapolis police officer. Gianna doesn’t yet understand the gravity of her father’s death, the tragedy and brutality by which he took his last gasps. At such a young age, she can’t understand the hatred and disregard for life the police officer displayed when he placed a knee into Mr. Floyd’s neck and denied him his God-given right to breathe.

One day, Gianna will probably bring herself to view her daddy’s final moments, and she will face a heart-wrenching, shattered moment in time that will upend her entire life. Hopefully, when she decides to take that step, it will be far into the future when she has developed enough to deal as best as any daughter can, and loving family and friends will surround and comfort her in those dark moments.

But even now, at the tender age of 6, young Gianna Floyd can grasp one thing. She knows that the murder of her father has started a worldwide movement that has not been seen in modern times. The murder of George Floyd has prompted a nearly universal call for justice for black Americans.

Massive Protests: How Did We Get Here?

For days and days following the killing of Mr. Floyd, protests have erupted across the world. These protests have taken on various forms. Some are peaceful demonstrations, with gatherings of human beings of every color demanding an end to racism, hate and the institutions that serve as sanctuaries for these archaic ideals. Marked by chants of “I can’t breathe” and “black lives matter,” these masses have become enclaves and safe spaces where cries of justice can freely move about, unfettered by the chains of racist society.

Other protests have taken on the form of violent clashes, fueled by an unabated anger that threatens to plunge the world into chaos. These uncontrollable mobs weave in and around major American cities, leaving a trail of destruction in their wake, the only salve for people that feel that this is the only way they will be heard and their demands addressed.

They’re not wrong. Whether or not you agree with either path, the truth is evident: The world has been forced to acknowledge George Floyd, as well as the pain and hurt that black Americans have faced for more than 400 years.

How did we get here?

A world in quarantine, an isolated humanity existing in relative solitude because of a dangerous virus, had no choice but to watch as Minneapolis police officers held down George Floyd, his neck crushed, his air cut off as he struggled to plead for his life. Faced with his own mortality, Mr. Floyd whispered, “Please, officer. I can’t breathe, sir.” His pleading turned to whimpers, and then finally, silence.

Here was a man who had proudly stood 6 feet, 4 inches tall mere moments before, a former athlete known by his friends and family to be strong. But in that moment between death and life, three officers robbed him of that strength as the fourth watched. His life was snatched; and he simply didn’t have the strength to fight on.

Then he died. His heart stopped. And America and the world watched every moment. A black man was killed. A son was dead. A father was murdered. A family was now broken.

‘A Groundswell for Justice Bubbling for Centuries’

In response, the world erupted. There are some who disagree with the protests, and they have condemned this movement, especially when it takes on the form of riots and destruction. They gently demonize Mr. Floyd’s past, combing through his living moments hoping to find some evidence of scandal or past transgression that could make sense of this, and somehow give a rational explanation of the horror that the world has witnessed.

Mississippi saw a historic march for black lives and an end to systemic racism and police brutality on Saturday, June 6, in downtown Jackson. Young people organized the march, which thousands of people, of various races and ethnicities, attended. Gallery by Ken Gordon.

They do this because it’s painfully obvious that an alleged counterfeit $20 bill didn’t deserve this punishment. The crime, even if it is true, isn’t punishable by death. Not in America. Not in the land of the free. Not in a country where every person has the right to their day in court, and the opportunity to plead their case before judge and jury.

And so they search and search, hoping to find any piece of would-be evidence that can serve as a prop for their worldview that they desperately cling on to.

What they don’t realize is that the protests are indicative of a groundswell for justice bubbling for centuries. They can disagree with the protests and denounce the rioting, but they do themselves a disservice when they remain silent when it comes to the topics of racism, injustice, police brutality and murder.

As we watch a world gripped by a fear of slipping backward into a time of overt and outright racism, one could ask, “Why now?” Gianna’s daddy isn’t the first victim of racism. George Floyd isn’t the first black person whose life was snuffed out by an agent of hate, by a person who refuses to acknowledge the rights of black people in America and throughout the world. He isn’t the first to be filmed in those final moments, denied of his right to life.

But something about watching Gianna’s daddy succumb to the hatred that surrounded him has forced millions of people into the streets, even in the middle of a raging pandemic. The throngs of humanity that pay tribute to the memory of George Floyd couldn’t remain silent even if they wanted to, because something inside of them (something innately human) has thrust them forward, compelling them to speak and shout and protest. They feel the need to make the world hear them.

Black Men and Women Transformed Into a Hashtag

What is it about George Floyd? After all, we live in a world where black men and women can be transformed into a hashtag at a moment’s notice, their bleached photos adorning signs of protest, as headlines pop up across the web with their names and cries for justice.

In the past month alone, we learned of the murder of Breonna Taylor, a young black woman whose apartment was attacked by Louisville police officers in the dead of night. Police serving a “no-knock warrant” mistook Breonna’s apartment for that of a criminal, and as they broke in without announcing who they were, her boyfriend feared that their lives were in danger. He fired at them with his legal firearm, and the police officers fired back, laying multiple rounds into the apartment from outside.

During the melee, Breonna, who worked as an EMT, was shot dead by police.

We also learned of the story of Ahmaud Arbery, a young black man who was brutally murdered by a white father and son as he jogged through their neighborhood. His murderers, emboldened by their racism, chased him, and then they shot and killed him.

After both of those incidents, there was outrage across black communities throughout America. But neither of those incidents prompted a universal condemnation that spanned across age, race, religion and even continent. After George Floyd’s murder, a movement quickly formed. Even in white America, a collective outrage has taken hold, and the cry for justice has been deafening.

His Name Was Emmett Till

Once, there was another murder that grabbed hold of American consciousness. It was a different incident of black life taken much too soon, a young boy whose innocent, smiling face we remember, but whose ravaged, broken, battered face and body have been seared into American history.

His name was Emmett Till, and his murder sparked a movement. Much like George Floyd today, the photo of Emmett’s body was published far and wide for the world to see, giving an unfiltered view into the horrors that black people faced in America. Rosa Parks said that her refusal to move to the back of the bus was because of America’s refusal to demand justice for the murder of Emmett Till.

As news of her arrest spread, it galvanized a movement that continued for years, its heroes Martin Luther King Jr., James Meredith, Andrew Young and others. That movement led to the end of segregation and resulted in equal-rights legislation that opened the door for something of a vague equality and reasonable facsimile of justice, even if it wasn’t the real thing. The Civil Rights Movement is still celebrated and touted as an example of the shining hill that America sits on, willing to denounce its past in favor of the idea of a more equal future.

Perhaps that will be Mr. Floyd’s fate: His death was the spark that lights a match for change. That would mean that little Gianna is right, and her daddy’s death has changed the world, bringing meaning to his final moments. For that, we can only hope.

Jamar Muhammad is the owner and CEO of Theatrical Harmony Media, a full-service creative agency that helps companies, brand owners and public figures create the perfect image to attract customers and clientele. Visit his website at www.theatricalharmonymedia.com.
All Posts

With your help, we can do even more important stories like this one.
Support the MFP
PrevPreviousPhoto Gallery: June 6 Black Lives Matter Protest in Jackson
NextA Lesbian Belle’s Out and Proud Path from Mississippi to the Stage and PageNext