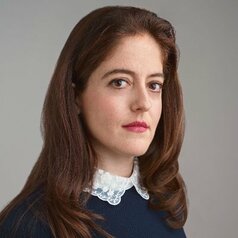 During his testimony before congressional investigators, former Oath Keepers spokesman Jason Van Tatenhove left little doubt about the intentions of the white nationalist militia group when its members stormed the U.S. Capitol on Jan. 6, 2021.

Tatenhove explained that Jan. 6 “could have been a spark that started a new civil war.”

“We need to quit mincing words and just talk about truths,” Tatenhove said, “and what it was going to be was an armed revolution.”

During its seventh hearing on July 12, 2022, the House Select Committee to Investigate the January 6th Attack on the U.S. Capitol connected the dots between white nationalists and key allies of former President Donald Trump and their concerted efforts to overturn the 2020 election by interrupting the counting of Electoral College votes and inserting fake electors.

The committee hearings focused on the the Proud Boys, the Oath Keepers and their white nationalist allies within the Republican Party, including Trump.

In my book “Homegrown Hate: Why White Nationalists and Militant Islamists Are Waging War against the United States,” I detailed the history, beliefs, groups and manifestos of white nationalists in the United States and around the world, including the Oath Keepers, Proud Boys, Three Percenters and many of the other individuals and groups that attempted a collective coup on Jan. 6, 2021.

As I explore in my book, white nationalists believe that white people and identity are under attack worldwide by immigrants, people of color and, increasingly, progressives and liberals who do not share their racist, religious, anti-government beliefs or conspiracy theories.

I also discuss the goal of white nationalists around the world to reclaim land as a white state governed and inhabited by white people only.

The Proud Boys leader, Enrique Tarrio, cites his Afro-Cuban roots and brown skin color as reasons why he can’t be a white nationalist.

Co-founded by Gavin McInnes in 2016, the Proud Boys have participated in events with white nationalists since the group’s inception, including the Unite the Right march in 2017 and the violent assault on the U.S. Capitol.

Tarrio was arrested two days before Jan. 6 in Washington on charges stemming from his involvement in vandalizing a Black church and burning a Black Lives Matter banner during a violent Dec. 12, 2021, protest in Washington.

While Oath Keepers founder Stewart Rhodes publicly claims that he has Mexican and Apache heritage, the Oath Keepers have consistently taken stances that are racist and have warned of an impending civil war in the United States.

In December 2018, the Oath Keepers website advertised a call to action for a “Border Operation” that encouraged paramilitary activity to prevent the “invasion” of “illegals” into the country and to provide “security for border ranches and families.”

This anti-immigration sentiment and warlike imagery were also found in the Trump White House.

The Southern Poverty Law Center details a series of emails sent to the conservative website Breitbart by Stephen Miller, who became a senior policy adviser in the Trump administration.

Miller’s white nationalist ideology was at the heart of some of Trump’s most controversial policies, such as setting arrest quotas for undocumented immigrants, an executive order effectively banning immigration from five Muslim-majority countries and a policy of family separation at refugee resettlement facilities.

Shortly after the Buffalo supermarket shooting, where a self-avowed white supremacist allegedly shot and killed 10 black people to prevent, in his words, “eliminating the white race,” Republican Rep. Liz Cheney of Wyoming blasted her Republican colleagues.

“The House GOP leadership has enabled white nationalism, white supremacy, and anti-semitism,” Cheney wrote in a tweet. “History has taught us that what begins with words ends in far worse.”

Cheney, who is also co-chair of the Jan. 6 congressional select committee, then went a step further, calling on Republican leaders to “renounce and reject these views and those who hold them.”

According to the Southern Poverty Law Center, former Republican congressman Steve King, who represented Iowa in the U.S. House of Representatives from 2003 to 2021, is scheduled to attend the annual American Renaissance meeting in November 2022. People may remember King for wondering aloud in 2019 when the term “white supremacist” became offensive.

Started by racist idealogue Jared Taylor in 1994, American Renaissance is a website that promotes “racial differences,” and its annual meetings are a haven for neo-Nazis and white nationalists.

Also scheduled to speak there is GOP congressional candidate Laura Loomer of Florida, a self-described “#ProudIslamophobe” who stands for “pro-white nationalism.”

Such appearances at white nationalist gatherings by Republican legislators have drawn criticism from GOP leaders and are a potential political liability as midterm elections are taking place.

The event was organized by Nicholas Fuentes, a white nationalist activist who gained national prominence after he attended the 2017 Unite the Right rally in Charlottesville, Virginia.

GOP leaders quickly denounced them for speaking at the gathering.

But Greene said she had no regrets.

Though GOP leaders deny claims of white supremacy and extremism within their party, their actions tell another story.

On July 11, 2022, Senate Republicans blocked a bill that would have authorized federal agencies to monitor domestic terrorism within the U.S., including incidents involving white supremacy.

Called the Domestic Terrorism Prevention Act, the bill fell short of the 60 senators needed to move it forward in Congress, as the vote was 47-47 and divided along party lines.

More troubling is the allure of the white nationalist platform to elected officials and voters. Many successful local, state and federal elections in 2020 centered on perpetuating the Big Lie, the conspiracy theory embraced by many white nationalists that the 2020 election was stolen from Trump.

Frank Eathorne is the chairman of the Wyoming Republican Party and a member of the Oath Keepers.

As such, Eathorne is one of the more influential Republican officials in the country as he is presiding over arguably the GOP’s highest-profile primary battle of the 2022 election: unseating Cheney for her relentless criticism of former Trump’s lies about the 2020 election.

In February 2021, Eathorne supported a successful effort by the Wyoming GOP to formally censure Cheney. In November, he presided over another successful vote to no longer recognize Cheney as a member of the Republican Party.

Not surpisingly, Eathorne is supporting attorney Harriet Hageman in her primary challenge against Cheney. As is House Minority Leader McCarthy.

Republican pushback against claims that the party has been infiltrated by white nationalists was made clear during a January 2021 meeting of the Grand Traverse County (Michigan) Board of Commissioners.

Keli MacIntosh, a 72-year-old retired nurse and regular attendee of board meetings, asked the board to denounce the Proud Boys after some of its members were allowed to speak on their opposition to gun control.

As MacIntosh was speaking, Board Vice Chair Ron Clous got up, left the meeting, and returned with a large rifle.

Clous held the rifle to his chest for a moment and then placed it on his desk for the remainder of the meeting.

The January 6th hearings are making clear that American democracy is increasingly threatened by white nationalists in the Republican Party who are determined to perpetuate disinformation about the 2020 presidential election in order to hold onto power through the same system they deem illegitimate.

Dr. Sara Kamali is the founder of Kamali Consulting, a firm that drives organizational change to transform policies, practices and cultures. Her clients include business leaders, corporations, nonprofits, K-12 schools, and institutes of higher education. Dr. Kamali is also the author of "Homegrown Hate: Why White Nationalists and Militant Islamists Are Waging War against the United States" published by University of California Press in 2021. A first-generation American woman of color, Dr. Kamali is passionate about striving against oppression, especially food and housing insecurity, lack of access to health services and ableism.
All Posts

With your help, we can do even more important stories like this one.
Support the MFP
PrevPreviousThe Last Days of The Pink House
NextGarbage-Contract Dispute: Judge Confirms Mayor Cannot Veto Council ‘No’ VoteNext