The Jackson Zoo will receive $60,296 from the estate of late Jackson attorney Robert B. Childers after the Jackson City Council voted on April 26, 2022, to accept the funds. On July 29, 2017, Childers died after serving more than 30 years as a lawyer in the capital city.

City leaders expressed delight at the donation. “This is a great donation. I just want to thank the family of Robert Childers, and hopefully this will be a great addition for our Jackson zoo,” Ward 2 Councilwoman Angelique Lee said at the council meeting.

Mayor Chokwe A. Lumumba further expressed the City’s appreciation of the move. “I know when a family makes a donation, or someone makes a donation in memorial like this, it means a great deal to the family, and they want their legacy to live on, so we thank them as a city,” the mayor said. “Thank you … we all echo that thanks for that kindness.”

In October 2021, the Mississippi Heritage Trust added the zoo to the list of 10 endangered historical places in Mississippi for that year. The City of Jackson operated the zoo from its opening in 1919, first racially segregated for decades, then hurt by white flight in the 1970s and later. In 1986, the Jackson Zoological Society Inc., took over its management.

The City did not renew the organization’s contract in 2019, and the zoo closed at that time, reopening in August 2020 with the City running it. The zoo is open Tuesdays, Thursdays, Fridays, Saturdays, and Sundays from 10 a.m. to 4 p.m., with special pricing of a $2 ticket fee on Tuesdays and $8 for adults and $5 for children on other days.

Parks and Recreation Director Ison B. Harris Jr. told the Mississippi Free Press by phone on April 29, 2022, that the City may apply some of the money, based on the stipulations, toward animal acquisition for a new exhibit. He added that attendance at the zoo has been strong in recent months.

“We’re actually doing really well,” he said. “This past weekend, we had about 500 visitors come through there.”

The Hinds County Board of Supervisors allocated $35,000 to Livingston Park, which contains the zoo, and the Mississippi Legislature gave the zoo $100,000 as well. Director Harris said the department got the $100,000 about two months ago and is in the process of getting bids to survey Lake Livingston toward possibly holding water-centric events there and setting up a playground unit.

“I haven’t gotten the $35,000 from the county,” he added about other anticipated funds from the Hinds County Board of Supervisors. “They may have allocated it, but it has not come to us, yet.”

Councilwoman Lee told the council that when her father, Gene Lee, now 82, was much younger, the prevailing Jim Crow laws in Mississippi prohibited him from enjoying Lake Livingston, which is near the Jackson Zoo.

“I just remember my dad always telling me about the lake. … As Blacks, we weren’t able to access it, and they would see all the whites swimming, diving off,” Lee said last week. “I just really want to bring that back.”

The same was true for the zoo itself; white City of Jackson leaders closed the bathrooms and removed picnic tables benches when a judge ruled it had to segregate in the early 1960s.

Lee referenced a 2015 plan from Wier Boerner Allin Architecture to combine the zoo, the park and the surrounding area into what the firm envisioned, complete with paddle boats, a dog park, an outdoor amphitheater, restaurant, snack bar, and an education and conference center.

He told the Mississippi Free Press by phone on April 29, 2022, about the 2015 plan. “I was tasked with helping to start the beginning phases of a super park at Livingston Park, which is the park right next to the zoo that includes dog walking trails, paddle boats, pavilions, splash pads—you name it—just the idea and the concept of a super park.”

The planned budget, based on the strategy that Banks shared with the Mississippi Free Press, was meant to cost $74 million.

The late Childers also bequeathed some of the funds from his estate to The Independence Fund Inc, University of Mississippi’s Children Hospital, the Salvation Army, the Alzheimer’s Association and Lefleur East Foundation of Jackson.

City of Jackson Parks and Recreation Deputy Director David Weevil told the Mississippi Free Press on May 2, 2022, that he and Director Harris are already planning to use the money according to the Childers’ wishes, and added that donations to the zoo have dried up in recent years.

“When the (Jackson Zoological) Society ceased to run the zoo, we had no easy mechanism to raise money, so the City took over and kept us going,” Weevil said. “Now that the City fully runs the zoo, we are now getting back into the raising of money, trying to get the funds to come through so we can start actively building larger projects.” 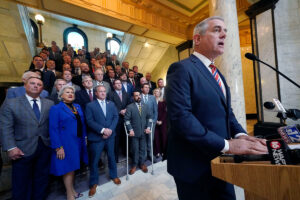 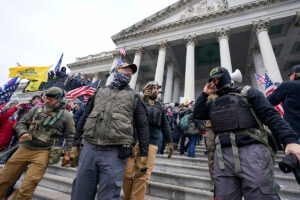 With your help, we can do even more important stories like this one.
Support the MFP
PrevPreviousMentally Ill Defendants Languish in Mississippi Jails Due to Staff, Bed Shortages
NextRepublicans Eye Repealing All Rape Exceptions, Targeting Self-Managed AbortionsNext