Hosemann’s Gerrymandering Is Political Assassination of A Republican Woman 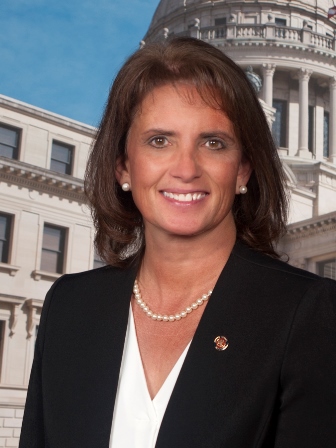 And he lied to the state of Mississippi.

Using redistricting as a tool of retribution, Hosemann turned the territory of District 37 into a Democrat(ic) stronghold. Hosemann’s map increases District 37’s BVAP (Black Voting Age Population) to more than 60% and thereby guarantees a Democrat(ic) victory.

It was a targeted political assassination. It was intentional and it was mean-spirited.

Hosemann claims the population changes made any other result impossible. But that’s nonsense. It wasn’t a change in population; it was a change in his professed principles.

The lieutenant governor claims to be a Republican, but he defends the principles of the Democrat(ic) party. And because I did not obey him as he abandoned my Republican beliefs, he made me pay a terrible price.

Under Hosemann’s leadership, Democrats have made tremendous strides. Not only were they given numerous chairmanships, but their projects are funded, and goals like Medicaid expansion and boosting the welfare state are now being achieved. (Editor’s note: Legislative attempts to expand Medicaid in Mississippi failed this year along with an attempt to extend postpartum Medicaid coverage).

And just this week, a Hosemann-appointed Democrat(ic) chairman is blocking Republican nominee Al Hopkins from continuing as the chairman of the Gaming Commission.

Hosemann refused to consider eliminating the state’s income tax even though Gov. Tate Reeves, House Speaker Phillip Gunn, the House of Representatives and conservatives across Mississippi have championed the effort.

He also refused to endorse Donald Trump during his 2016 presidential campaign. After President Trump’s election, he later declined to cooperate with President Trump’s Voter Fraud Commission. The Clarion-Ledger gleefully reported that Hosemann told President Trump to “Go jump in the Gulf of Mexico.“

Hosemann has spent the past three years threatening conservative lawmakers. He has bullied us, killed our legislation and punished anyone who dared to fight back.

But I’m a farmer’s daughter, a cattle producer, and a strong conservative Republican. So I’m not taking marching orders from a bitter man behaving like a Democrat who “leads” by intimidating others.

Hosemann’s dishonesty is appalling. The so-called population shift was not the cause of District 37’s elimination. On the contrary, the population shift in the Delta should never have impacted a Southwest Mississippi district. Moreover, I was able to work with election-law attorneys and Senate map-drafters to develop three other proposals that would have secured District 37 and protected all of our Republican lawmakers.

Unfortunately, Hosemann only allowed me to present one of the amendments before ending debate. My three proposed amendments complied with the Constitution, the Voting Rights Act and state law.

Notably, one of my amendments would have redrawn district maps to protect all GOP senators by creating a new district in Rankin County while merging two Democrat(ic) districts.  Under my proposal, Republicans would have gained at least one additional seat in the chamber.  On the other hand, Hosemann’s map re-drew districts to protect Democrats and make them a stronger party.

For instance, instead of merging Democrat(ic) districts and having two liberals run against each other, he forced a Republican senator to run for re-election against a Democrat in a district explicitly designed to guarantee the Democrat an election victory—a predictable result from a lieutenant governor who has spent his career fighting for their causes.

We’ve always known that Delbert Hosemann governs like a Democrat. And now, he has eliminated a Republican fighter to save Democrats from defeat.

It was one of the saddest days of my life. We should be defending our party and its members, not working to destroy them. At least Mississippi Republicans will finally learn the truth about him.

Whatever the future holds, serving as the Senator from District 37 is an honor, and I continue to support the people of Mississippi with my best efforts.

In one of the defining moments of her distinguished career, Margaret Thatcher once remarked, “The lady’s not for turning.” Although Hosemann has made me pay a terrible price for defending our principles, I am not for turning, either.

We need more iron ladies to stand our ground, not less. I will never stop fighting.

Melanie Sojourner is the Republican senator for Mississippi Senate District 37, where she served from 2012 to 2015 and again from 2020 to present.
All Posts

With your help, we can do even more important stories like this one.
Support the MFP
PrevPreviousMFP’s Spring Campaign 2022: We’re Committed To Reporting ‘Solutions For Mississippi’
NextChild-Support Payments for Incarcerated A Cyclical Burden, But Reform Bill DiesNext