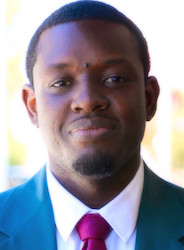 Juneteenth, for the hundredth time today, is the celebration of Black liberation from physical enslavement. As history reveals, the last enslaved peoples in Galveston, Texas, were informed of their emancipation, broadcast two years earlier via the emancipation proclamation. Black Americans celebrate the 19th of June as a day of remembrance and celebration of freedom to commemorate the end of enslavement in the United States of America. This past week, the U.S. government and President Joe Biden named Juneteenth as a federal and national holiday.

Y’all, we need to give Opal Lee her flowers! Ms. Lee (long may she reign) is the grandmother of the modern movement to name Juneteenth as a federal holiday. The former educator has been a walking lesson on the legacy of Juneteenth, literally. This woman walked 1,400 miles from Fort Worth, Texas, to Washington, D.C., to bring awareness to the date!

All of this sounds good. However, like all things that bear historical weight and social significance, context is king (or queen). America’s proclamation of its newest national holiday is coming at the wake of the largest social uprising in the history of the modern world, with the Black Lives Matter movement. The declaration comes after the announcement of the Derek Chauvin verdict for the murder of George Floyd.

Meanwhile, American legislators have balked on ratifying the George Floyd Justice in Policing Act. Additionally, states continue to attack the ever-misunderstood Critical Race Theory and try to rip it from schools (even though it was never there). Furthermore, throughout America we see states placing what should be unconstitutional limits on voters’ rights.

Within the context of these events, many have turned to claiming the actions of our government, as it relates to Juneteenth, as performative activism.

Performative activism is a term used to define apparent anti-racist or anti-discriminatory actions that do not actually “move the needle”toward justice. These actions claim to do the work of justice but do so without paying the price or solving problems.

For example, during the Black Lives Matter protests of 2020, many establishments started sending well-crafted emails to employees decrying the injustices of police brutality. The emails, though heartfelt in tone, did nothing to dismantle the realities of white supremacy many Black Americans face daily in the workplace.

Now, with America refusing to act against voter suppression, and at least nationally/federally, against police brutality, many see the proclamation of a national holiday that recognizes Black liberation as performative.

However, two things can be true at once. America can acknowledge the liberation of formerly enslaved persons, and still have work to do regarding repairing a damaged society. If Juneteenth teaches us anything, it is that change is slow. Those enslaved in 1865 in Galveston, Texas were actually freed two years earlier and did not know it.

Sometimes it takes a while for progress to cascade through history, especially American history. Only now have people en masse been made aware of the Tulsa race massacre, which occurred 100 years ago. The end of enslavement should be commemorated and celebrated but asking a country this slow to acknowledge its sins to enact far reaching reforms quickly is an uphill battle.

The Cooling Shade of Privilege

We know that America is hesitant to come to terms with any racist indiscretions. We do not even want an accurate retelling of history taught in schools. As Black Americans and progressive thinkers push for an actual racial reckoning, many white people claim their freedoms are under attack. For those who live under the cooling shade of privilege, equality feels like oppression. Instead of a true teaching of America’s history, we would rather prescribe amnesia and colorblindness.

Many people believe that it does not matter what America did yesterday if we treat everyone the same today. Black Americans have started a race 400 years too late, but if we do not talk about it, everything will be fine. “If they work really hard, like we think we have’,” some white Americans say, they will be able to succeed too.

This mindset completely rejects the possibility that past actions have present consequences. By that logic, we should release all prisoners because their offenses occurred in the past and eliminate therapy because it seeks to heal wounds created in the past. It seems that the only place in which America has a problem with acknowledging the past, is when it comes to racial justice.

When we said, “Black Lives Matter” in 2020, many white Americans heard the Run The Jewels refrain, “Kill Your Masters.” We know that when we whisper “Critical Race Theory” in the halls of academia in 2021, White Americans hear the phrase, “Black Power.” They hear it and are afraid. Many are afraid that Black Americans will repossess the land and riches that white forefathers stole fair and square. Too many Americans equate the idea of reparations with revenge. Too many Americans are enslaved to the politics of selfishness and greed. They are so dedicated to it that they would rather lie to themselves and their children instead of making things right.

They will say, “why do we need to celebrate Juneteenth, or teach an accurate retelling of history? All of that is in the past.”

For me, a Black man in America, racism is the present, and Juneteenth is observed as a much-needed mental-health day. A day to rest, play culturally affirming music and to eat well-seasoned food. Juneteenth is a day to formally acknowledge the torture of my American ancestors and to imagine a better world.

For decades Black Americans have engaged in this day of celebration without federal permission. We will continue to do so. However, many of us are happy to know that the rest of our country will at least pause to reflect on our journey, which is the story of America.

Sean Brown is a published author and poet, a native of Long Island, N.Y., where he lived for 18 years, and an adopted son of the South since 2005. He completed his bachelors degree while attending the University of Southern Mississippi. Afterward, Sean earned his Master’s in Business Administration from Delta State University, in Cleveland, Miss. His connection to the Mississippi Delta led him to answer the call to teach, so Sean joined Teach for America. After spending several years as a classroom teacher, Sean now serves as a Principal in Residence, and is working to found a school in 2022.
All Posts

With your help, we can do even more important stories like this one.
Support the MFP
PrevPrevious‘An Agenda to Bring Light’: Mississippi Poor People’s Campaign Wants ‘Third Reconstruction’
Next‘Blackest Bus in America’: New Generation of Freedom Riders Start Journey in Jackson, Miss.Next