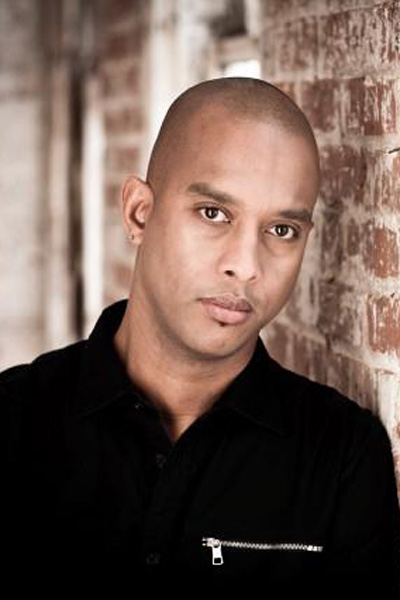 Award-Winning filmmaker Keith A. Beauchamp attended Southern University in Baton Rouge, La., where he studied criminal justice with the intention of becoming a civil-rights attorney. As a young boy in Baton Rouge, Keith had his share of run-ins with racism but it wasn’t until an incident where he was assaulted by an undercover police officer after dancing with a white classmate at a party that he felt compelled to fight racism and move to New York. It was there he could pursue his dream of becoming a filmmaker. And through this feat, he would attempt to remedy some of the past and present injustices that plague communities abroad.

In the fall of 1997, Beauchamp relocated from Baton Rouge to New York. He quickly found work at Big Baby Films, a company founded by childhood friends that focused on music video production. Keith honed his behind-the-camera skills during the day and spent his evenings doing research and reaching out to anyone who might have information on the Emmett Till case, a story told to Keith when he was just 10 years old. It was at this young age that Keith saw the issue of Jet magazine that contained a picture of Emmett Till’s dead body and was told the story behind Till’s murder in 1955.

In 1999, Keith founded Till Freedom Come Productions, a company devoted to socially significant projects that can both teach and entertain. He has devoted the past 26 years of his life telling the story of Emmett Till and has traveled extensively between New York, Chicago and Mississippi to investigate the historic murder. Through his journey, he tracked and spoke with witnesses who had never before spoken about the case, befriended the boy’s mother Mamie Till Mobley who took Keith under her wing, worked with such influential figures as Muhammad Ali and Rev. Al Sharpton, all while persistently lobbying both the State of Mississippi and the federal government to reopen the Emmett Till murder investigation.

On May 10, 2004, the U.S.Department of Justice re-opened this 50-year-old murder case citing Keith’s documentary “The Untold Story of Emmett Louis Till” as both a major factor in their decision and the starting point for their investigation. In May 2005, Emmett’s body was exhumed, and in 2006 the FBI turned over their evidence to the appropriate district attorney in Mississippi. Sadly, in February 2007, a Mississippi grand jury decided to not indict the remaining suspects in the case.

That same year, Keith began his collaboration with the FBI’s New Civil Rights “Cold Case” Initiative, producing documentaries on other unsolved civil rights murders in hopes of helping federal agents with their investigations that could lead to bringing remaining perpetrators to justice.

Keith has been featured on “60 Minutes,” ABC World News Tonight “Person of the Week,” Court TV, MSNBC, “Good Morning America,” CNN, BBC as well as in hundreds of publications around the world including The New York Times, Washington Post, USA Today, Associated Press, the Chicago Sun Times and the Jackson Free Press. Keith’s past works include TV One’s “Murder in Black and White” hosted by Rev. Al Sharpton and “Wanted Justice: Johnnie Mae Chappell’” or the History Channel and “BET’s Exceptional Black Women.”

Keith served as the executive producer/host of Investigation Discovery’s award-winning crime reality series, “The Injustice Files,” produced by CBS News. He is currently the producer of the upcoming feature film “Till,” which is being co-produced by Frederick Zollo, Whoopi Goldberg and Barbara Broccoli.

Keith is also a frequent lecturer at colleges and universities around the country.