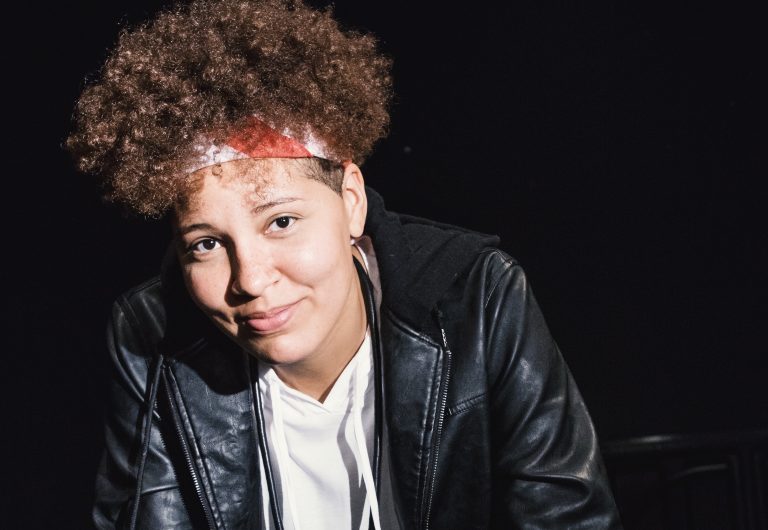 Genesis Be (G.Be) is a critically acclaimed hip-hop artist and activist from Biloxi, Miss. Publications such as Billboard, New York Daily News, ABC News, VICE Impact and more have featured Genesis, allowing her to share her message of racial healing, community building and youth empowerment.

In 2017, Genesis was the subject of Moral Courage Project documentary, “Confederate pride, white supremacy, and my state flag,” and continues to facilitate civil discourse to improve race relations in her home state Mississippi. Since 2011, Be has used hip-hop and visual art as a tool to educate and inspire young people to be proactive in civic engagement with her organization Strive Till I Rise.
Genesis has shared stages with notables such as Linda Sarsour, co-chair of the Women’s March, Roland Martin, actress Aunjanue Ellis, Congresswoman Barbara Lee, Jeffery Robinson, deputy director of the American Civil Liberties Union, and more.

Learn more about her work at http://www.genesisbe.com