Nir Kshetri is a professor of management at the University of North Carolina-Greensboro. He has authored 12 books and more than 180 academic articles, which have been translated into Arabic, Chinese, German, Spanish, French, Japanese, Portuguese and other languages. He is ranked among the world’s top 0.03% researchers in the 2021 list of the World's Top Researchers by Stanford University. Kshetri’s work has been featured by hundreds of media outlets such as Wall Street Journal, Foreign Policy, Public Radio International, Scientific American, and Bloomberg TV. He has provided consulting services to Asian Development Bank, the Commonwealth Secretariat, various UN agencies and a number of private companies. His editorial roles include Computing Economics editor of Computer, IT Economics editor of IT Professional and Associate Editor of Electronic Commerce Research. In 2018, he gave a TED Talk about the potential roles of cryptocurrencies in fighting poverty. 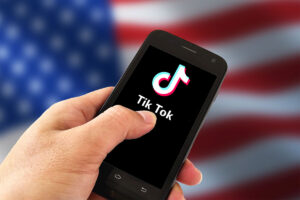 “I don’t believe these schools are overreacting. TikTok captures user data in a way that is more aggressive than other apps,” Kshetri writes.