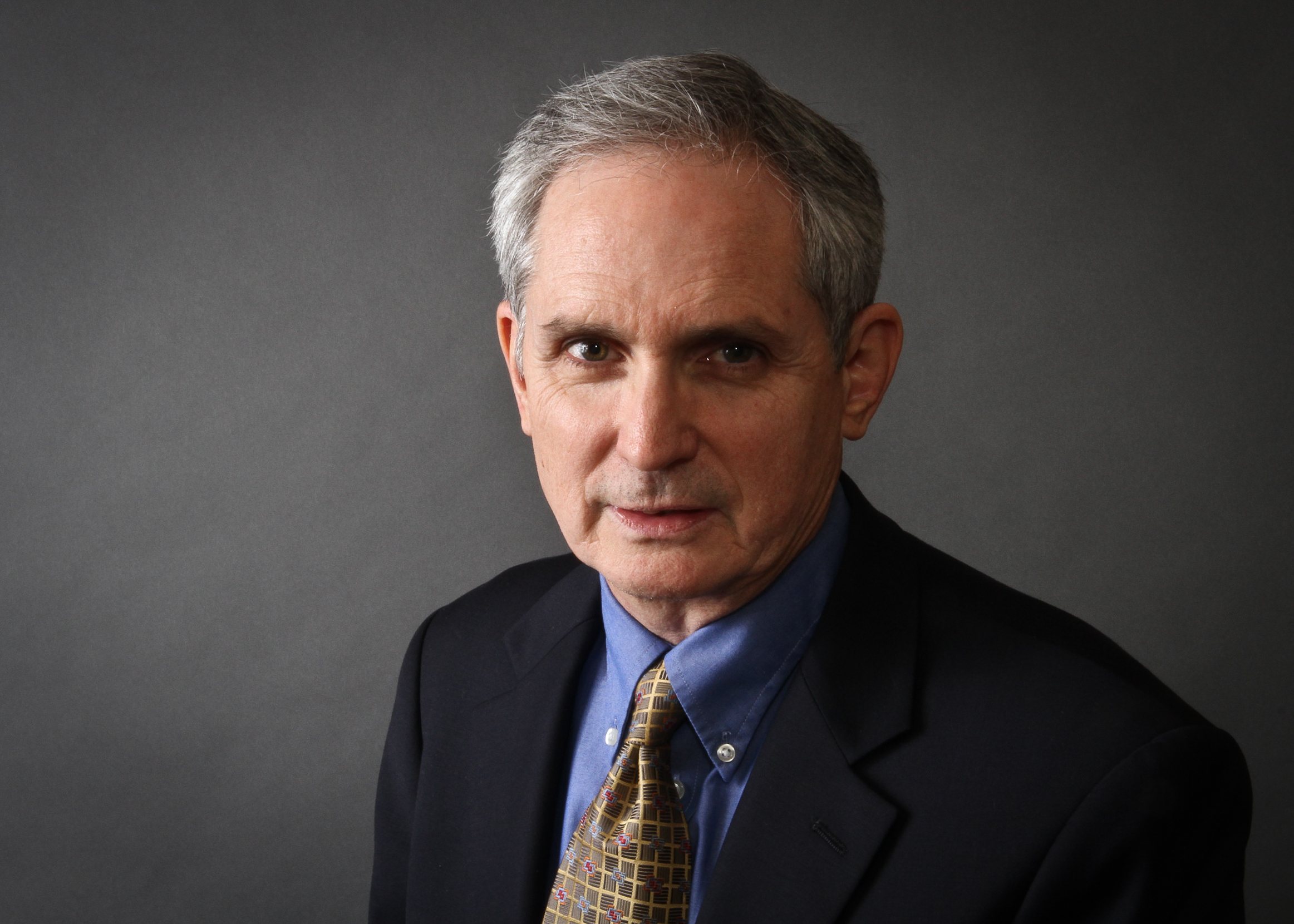 Upon first meeting Meredith Coleman Anding Jr., visitors may have thought he was a reticent, almost opaque man—soft-spoken, terse yet amiable, sphinx-like, enigmatic. Instead, the Mississippi civil-rights hero was the epitome of John Wayne’s character in “The Quiet Man.” He exuded  preternatural calm on the surface, but showed a fierce, almost primal determination to get what was his due: freedom and the respect that came with it. For this, Anding, who died on Jan. 8, 2021, at age 79, will be remembered down through the ages.

It is Meredith Anding’s name, thanks to its alphabetical primacy, that leads the list of quiet Mississippi freedom fighters that we now know as the Tougaloo Nine. These courageous (and, by their own later admission, a bit naive) college students “stepped into history,” as former Tougaloo College President Beverly Hogan often said of them.

It was Monday morning, March 27, 1961, when they calmly entered the whites-only municipal library on North State Street in downtown Jackson. This became the first student-led civil-rights demonstration in the Mississippi, all the more remarkable because it was carried off in the Magnolia State’s capital city, under the noses of the most powerful white-supremacist politicians, police force and spy agency in the country.  The resistance to any kind of racial segregation had been hardening ever since the U.S. Supreme Court’s Brown v. Board of Education decision had ordered public schools to integrate in 1954.

The NAACP’s “Man in Mississippi,” Medgar Evers, secretly assisted and urged on Anding and his cohort. They would create shock waves of horror throughout the white community by the simple act of entering a library, selecting books from the shelves and calmly sitting down to read. Their actions made a mockery of Jackson Mayor Allen C. Thompson, who as president of the American Municipal Association had gone on a nationwide tour to tout his city’s racial amity despite its harsh segregationist strictures.

For their crime, Anding and his four male and four female colleagues were arrested for “breach of peace”—a newly coined law in many southern states that allowed police to intervene if individuals were creating a situation that put someone’s peace of mind in jeopardy.

When the police first arrived, they tried to persuade the students to leave on their own volition, hoping to avoid a showdown in court. But Meredith and his fellow Tougalooans ignored the pleas of the cops. Once told they were under arrest, however, all of them stood and began to march out to the waiting police cars, ignoring the police and the rowdy crowd that had gathered to sneer and shout racial epithets at them.

This coordinated action ensured that the group would not be charged with resisting arrest, and instead the NAACP would appeal their case all the way to the U.S. Supreme Court, testing the validity of such “breach of peace” statutes.  Although the case was thrown out on a technicality, the Tougaloo Nine, Meredith Anding among them, would forever stand in dramatic opposition to the false narrative that Mayor Thompson and white Mississippi pushed that “all of our nigras are happy.” Two months later, the Freedom Rides would come to Mississippi, making the state ground zero for the movement for Black equality.

Meredith C. Anding Jr. was born in 1941 in the small enclave of Myles, Miss., about 40 miles southwest of Jackson. The first-born of the Andings lived among extended family for a few years, where he was dubbed with the nickname “Junior Man.”

Anding’s parents moved to the state capital when Meredith was just 5 years old. He attended a variety of segregated schools in Jackson, including Sally Reynolds Elementary and Isabel Middle School, and graduated from Jim Hill High School in 1959. Anding attended Jackson State College, not far from his family’s home, for one year and then transferred to Tougaloo in the fall of 1960 to begin his sophomore year.

Meredith’s civil-rights bona fides were something of a family affair. Though his mother Nellie was unassuming and reserved—a trait the quiet Junior Man adopted—her sister A.M.E. Logan was a forceful personality who involved herself in every conceivable method of citizen activism throughout the 1950s and 1960s.

When the Jackson Branch of the NAACP reconstituted itself in the late 1950s after a period of dormancy, Anding’s aunt served as the elected secretary of the group and went door to door, even while pregnant, to drum up new members for what most White Mississippians considered a radical communist agitation group. Later Logan served as the chapter’s hospitality chair, welcoming various dignitaries—including the Rev. Martin Luther King Jr.—to her home.

Anding, who lived nearby, was present at many early Mississippi civil-rights gatherings.

It was Anding’s father, impressed with his sister-in-law’s activism, who signed young Meredith and his sister up for membership in the new West Jackson Youth Council, the youth arm of the NAACP. The group would meet at the Masonic Temple on Lynch Street in the conference room adjacent to the office of Mississippi’s most prominent civil-rights leader.

“Medgar would come over and talk to us every meeting when he was around,” Anding recalled in an oral-history interview. As for his own budding role, Anding saw his participation “as kind of a duty,” he said. “I felt obligated to go to meetings and to participate because most of the kids my age weren’t willing to.”

The young activist benefitted from his closeness with both his aunt and with Evers. On several occasions he represented the West Jackson Youth Council at gatherings of NAACP youth from throughout the South. It was at these sessions that he became aware of the possibilities that real activism held. “Most other kids from other states had already participated in some kind of protest activities,” he recalled. “It was there that we started thinking, ‘OK, we really have to do something as Mississippians.’”

Indeed, upon returning from one of these week-long sessions, Anding and his cousin, A.M.E.’s son Willis Logan who was president of the Youth Council, decided in the summer of 1960 that some form of protest needed to occur in Jackson.

They headed over to the Jackson Zoo and sat on a bench reserved for whites only. The police were called, but nothing came of the infraction. The youth were just scolded and told to go home. The incident didn’t even make it into the newspapers. But it was Anding’s first taste of dissent against the established segregationist order—and his first scrape with the police. Thus, he was not intimidated when the call came to participate the following March in the library sit-in.

Like his other eight colleagues, Anding endured more than 30 hours in jail after his arrest for the library protest, including an arduous interrogation by Jackson detectives intent on pinning the lawless “read-in” on Medgar Evers. Despite repeated and harsh questioning, neither Anding nor his accomplices ever gave up any information that might incriminate their leader. Anding’s steely reserve and inbred confidence was something of a shock to the white detectives.

“Your mother would be ashamed of you!” the cops admonished him. “No, she wouldn’t,” Anding calmly volleyed.  “Why not?” they persisted. “Because my father pays taxes, and I have a right to go to the library.”

Because of his participation in Mississippi’s first student-led civil rights demonstration, Anding lost his funding for college, which a local church group had pledged, and was forced to suspend his education. Undeterred, he moved to Chicago for a year, then volunteered to serve in the Air Force security team.

After four years, mostly spent in Turkey, Anding returned to Tougaloo and completed his bachelor of science degree with a specialty in mathematics. He also gained acceptance into graduate school at the State University of New York at Buffalo for an advanced degree in math. He met his wife, Maurice, while in grad school, and the two forged a lifelong partnership. They stayed in Buffalo and built careers teaching mathematics and designing teaching protocols to help youth learn higher mathematics principles.

Meredith Anding died on Friday, Jan. 8, of complications from leukemia. Maurice survives him, as do Anding’s two sons and several grandchildren.

In summing up his breakthrough activism, the example of which would lead many more young Black Mississippians to challenge the segregationist system, Anding, in a 2014 interview, was understated but eloquent. “We were the first to show resistance,” Anding said about the legacy of the Tougaloo Nine. “We were the pace setters. We seized a moment of time that had arrived for the state of Mississippi to move forward.”

M. J. O’Brien is the author of the award-winning “We Shall Not Be Moved: The Jackson Woolworth’s Sit-In and the Movement It Inspired.” He is currently at work on a book-length narrative study of the Tougaloo Nine and their legacy.
All Posts

With your help, we can do even more important stories like this one.
Support the MFP
PrevPreviousHow to Survive the Coronavirus: COVID-19 Vaccines Explained
Next‘37,000 A Week, That’s It’: Without New Vaccines, Supply Would Take 57 Weeks to Reach All MississippiansNext