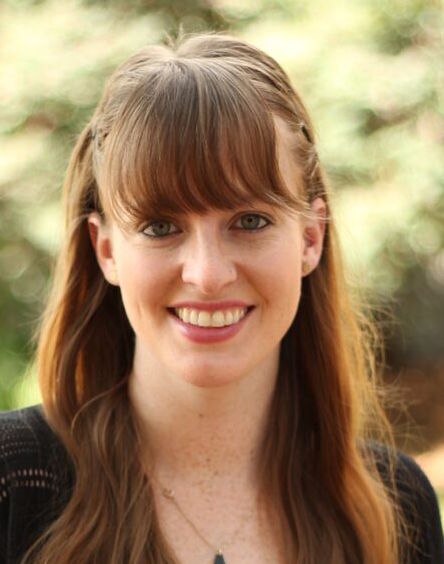 More Mississippians signed up for health insurance through the federal insurance exchange in 2020 than any year prior.

Nearly 111,000 Mississippians found health plans through the exchange, surpassing the previous 2015 record by more than 2,000. This year’s enrollment grew 12% over the 98,892 who signed up for 2020 health insurance—and nearly doubled sign-ups from the exchange’s early days’ enrollment in 2013.

The exchange, or marketplace, is part of the omnibus 2010 Affordable Care Act that allows insurance consumers to shop for and compare insurance plans, and offers tax credits based on income. Enrollment has varied since the marketplace launched in 2013, with its steepest declines from 2016 to 2018 when prices ballooned as insurers fled the exchange after President Trump cut budgets for ACA programs.

Centers for Medicare and Medicaid Services, which runs the federal exchange, repeatedly championed the Trump administration’s support for it, despite rhetoric around early efforts to weaken the law and ongoing support of a federal court challenge brought by 20 Republican-led states, including Mississippi.

“CMS has layered year upon year of improvements on HealthCare.gov, a sterling record of success that puts the lie to baseless accusations of sabotage. Our policies have lowered premiums, brought issuers back to the market, stabilized a law that had been in a tailspin for years and improved the customer experience,” CMS Administrator Seema Verma said in a statement announcing final 2021 enrollment numbers. “I want to thank the team at CMS, which for so long has worked tirelessly for Americans in the individual market.”

This year was the first since 2016 that customers across Mississippi had two insurance provider options—Ambetter and Molina. Molina joined the exchange last year, but only for a handful of counties before expanding statewide last year. Ambetter, which is part of the Centene Corporation’s health-insurance products that have been available on the marketplace since its launch, is by far the more popular provider.

For 2021 coverage, more than three-quarters of enrollees picked an Ambetter plan over Molina, data from the Mississippi Insurance Department show. Though both the number of participating insurers and cost have stabilized over the years—recovering from the Trump administration’s unrealized threats to “repeal and replace”—Mississippi is still behind the curve compared to marketplace stability across the U.S.

Advocates say the resiliency of the exchange shows how thin the health insurance safety net is for many Americans—and the COVID-19 pandemic proved them right.

“The number of Mississippians without health insurance is staggeringly high, and COVID-19 made it worse. Businesses can’t afford to provide insurance to their employees and frankly too many people have to choose between putting food on table, paying rent and going to the doctor,” said Roy Mitchell, executive director for Mississippi Health Advocacy Program.

In 2019, 370,000 Mississippians didn’t have health insurance—tied for the third highest rate in the country at 13%. Data haven’t caught up to pandemic-related uninsured, but research estimates that millions of Americans lost health insurance through job losses in 2020.

Monthly premiums have stabilized since spiking in 2018, averaging about $450—but almost all Mississippians who enroll receive help paying those costs, reinforcing Mitchell’s point that folks using the marketplace to buy health insurance likely wouldn’t be able to afford it elsewhere and aren’t offered it at work.

In 2019, the most recent data available, 98% qualified for tax credits, which is the highest rate in the country. Tax credits—federal advances on tax refunds that go directly toward insurance premium payments—brought Mississippians average monthly premium down to $44, and chipped away at uninsured rates along the way.

“The COVID-19 pandemic has strained Mississippi’s medical infrastructure, resulted in economic downtown and caused a lot of people to switch jobs or lose some jobs—and the ACA was there to save Mississippians potential economic peril,” Mitchell said.

“Without health insurance, we’re all just one illness from bankruptcy, and more importantly, it can end up saving lives.”

‘We Still Have Obamacare?’

While advocates like Mitchell focused on enrolling folks and connecting them with care during the pandemic, the backdrop of ongoing federal hearings over the fate of the ACA loomed ironically. The U.S. Supreme Court heard oral arguments in California v. Texas last November, just as folks were logging on to enroll. Fears that the hearings might dissuade enrollment or confuse would-be enrollees were unrealized, especially in Mississippi, where as recently as the last few years misinformation campaigns have taken a stronghold and had folks asking, “We still have Obamacare?”

Enrollment numbers suggest need is increasing, likely brought on by increased uninsured numbers from pandemic-related job loss. Mississippi’s unemployment from November 2019 to November 2020 grew less than most states, increasing by less than one percentage point, from 5.6 to 6.4 percent of the labor force unemployed, Bureau of Labor Statistics data show.

However, Mississippi started off with a higher unemployment rate than most. Now just 17 states have a higher rate currently, but they all grew from lower original unemployment numbers.

Uninsured rates have steadily declined as the ACA expanded coverage, but advocates are quick to point out what’s been left on the table without the state expanding Medicaid eligibility to those living below 138% of the federal poverty level ($17,608 yearly income for a single person), as the law allowed. Mississippi’s uninsurance rates have dropped from 18% to 13% since 2008—though still above the national average of 9%—and Mitchell adds that the gap could shrink further, saving money in the long-run and lives.

“We would like to see the promise of ACA completely fulfilled by expanding Medicaid. Mississippi could open up the Medicaid program and cover more people. Thousands of working families—those who’ve lost their jobs—would get health care. Increasingly, we’re hearing from people that are worried about their health care and choosing between filling a prescription and putting food on table,” Mitchell said. “And the policymakers need to understand that dynamic. You can make a lot of ideology-based arguments against Medicaid expansion, but right now people need it.”

Gov. Tate Reeves has repeatedly said he will not consider expanding Medicaid, citing fiscal projections. Ten years into the law, studies have started to show that states that expanded eligibility net budget savings by offsetting traditional Medicaid costs, saving on uncompensated care and growing their economy.

Currently, Mississippians’ federal tax dollars are funding Medicaid expansion in the 38 states that have chosen to expand the program to include low-income folks.

Mitchell adds that the model of employer-based insurance has eroded. That has left working-class uninsured adults who make too much to qualify for Medicaid but not enough to qualify for ACA tax credits in the wake. Known as the coverage gap, about 170,000 Mississippians currently fall in it, most of whom are employed.

“Two out of three (66%) uninsured Mississippi adults are employed, with almost half (46%) working full-time and one-fifth (19%) working part-time jobs. Over one-third (35%) of the uninsured adults are not working,” a Center for Mississippi Health Policy analysis found.

The report goes on to reinforce Mitchell’s point about decaying work-based health coverage, noting, “Most working, uninsured non-elderly adults in Mississippi living at or below 138 percent of the Federal Poverty Level (FPL) are employed in the twenty leading occupations within the retail, manufacturing, and service sectors,” it cited.

The job with the most uninsured is also the single-most common job in Mississippi: cashier.

Nationally, 8.25 million people used the marketplace to find insurance for 2021, down slightly from last year’s 8.29 million. However, two states that last year made up 7% of all enrollees—New Jersey and Pennsylvania—transitioned off the federal exchange and into their own state-run marketplaces. Last year, the two states comprised almost 600,000 plan selections, nearly 20 times accounting for the 35,000 dip in national numbers this year.

Nixing those two states, nationwide enrollment was up by more than 500,000 people, signaling that uneasiness over the future of the federal health law has not disrupted Americans’ desire or need to use it to access health insurance.

The U.S. Supreme Court will not rule on the fate of the ACA until this spring or summer. The main question at hand involves the obscure concept of severability. Lower courts ruled that the individual mandate, which required people to have health insurance or pay a tax penalty, unconstitutional after the Trump administration changed the fine to $0, essentially negating the tax.

Now the high court must decide if the rest of the health law can stand without the mandate. The individual mandate was an important but small part of the wide-reaching health law. The ACA provides wide coverage including: extending dependent coverage age 26; banning insurers from denying coverage based on pre-existing conditions; covering essential health benefits like birth control; and requiring restaurants to post menu nutrition information

Based on the line of questioning from justices during the arguments, public-health experts think it is unlikely that the Court will strike down the entire law.

Both the number of folks calling the marketplace for help and “window-shopping” for plans has declined since last year, even though direct comparison enrollment numbers went up, which signals that Americans are generally becoming more comfortable with the enrollment process.

Notably, the number of CuidadoDeSalud.gov (the Spanish version of healthcare.gov) and those using the Spanish-speaking call-in number has increased, suggesting the marketplace is penetrating traditionally harder to reach groups.

Erica Hensley is an independent health and data journalist based in Jackson. She focuses on identifying and contextualizing solutions to often under-reported public-health issues. Her COVID-19 work helped put national attention on Mississippi’s response to the coronavirus pandemic. From Georgia originally, she’s won Atlanta Press Club investigative awards for a series on lead exposure—work that she continues to expand upon in Mississippi.
All Posts
Republish This Story

With your help, we can do even more important stories like this one.
Support the MFP
PrevPreviousA Matter of Trust: UM Controversy Shows How Ombuds Programs Should, Shouldn’t Function, Expert Argues
NextHow to Survive the Coronavirus: COVID-19 Vaccines ExplainedNext