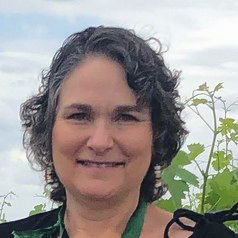 About a decade ago, I was working with a large, urban school district on creating a gifted and talented program that would include all kids, regardless of their race or income.

In this district, Black children and children from poor families were rarely identified for gifted education services. These services include enrichment, special classes and focused projects intended to help students excel in areas in which they show signs of exceptional potential and talents.

I visited one school, near a prestigious university in an upscale neighborhood, where 48% of all students received services for gifted and talented students. There, about 50% were white, 22% Black and 12% Asian. Few were being raised in low-income families. At another school I visited a short 10-minute drive away, no students were identified. This school was located in a poor neighborhood. Ninety-eight percent of the students were Black, and all of them qualified for free or reduced-price meals.

Having reviewed national data in detail as scholars of gifted and talented education, my colleagues and I have found that inequities like this exist across the country and in most school districts.

Mississippi Gets a ‘C’: Not the Worst, But Not Great

In Mississippi, Native, Black and Latino youth are underserved across the state in gifted programs at rates of two to more than 3 three times less than white and Asian students. One notable exception is equitable representation of Black youth as gifted in City schools, setting Mississippi apart from the other states in the country. In 2016, Mississippi identified 9,592 Black children with gifts and talents, but due to under-identification in schools that have gifted programs and no identification in those that don’t, up to 20,246 or 58% of gifted and talented youth remain missing from Mississippi’s gifted programs.

First, we examined census data from the Office of Civil Rights for the years 2000, 2012, 2014 and 2016 regarding gifted students from every U.S. public school to see how many students attend schools that identify youth with gifts and talents. We found that 42% of public schools did not identify a single student.

Then, we looked for patterns regarding race and ethnicity and income levels among the schools that do screen students and designate some of them as gifted and talented.

When we published our findings in 2019, we issued report cards for every state and for the U.S. overall. We gave 17 states failing grades because fewer than 60% of their public schools identified anyone as gifted and talented. Six more got a D.

Nationally, we found that Black, Asian, white and Latino children were equally likely to attend schools that identified gifted students, although Native American students were less likely. As a result, we determined that access alone does not explain why Black and Latino students are underrepresented in gifted education.

I consider these racial inequities to be staggering.

Along with racial and ethnic patterns, we found that poverty played a role.

High-poverty schools are slightly more likely to identify students as gifted than others. Despite that, they identified only about 58% as many gifted students as low-poverty schools—those largely attended by more affluent children.

There were 3.3 million U.S. students identified as having gifts and talents in the 2015-2016 school year. Based on our findings, we estimate that even more—another 3.6 million—ought to be designated this way.

These students are missing from the official data because their school does not identify any students as gifted and talented, they attend a high-poverty school, or because they are Black, Latino or belong to another underidentified group.

For example, only 276,840 Black students were identified as gifted and talented in 2016. We estimate that as many as 771,728 would be identified this way if systems were working properly.

Many students benefit when they receive gifted and talented services at school. They become more motivated to learn and more likely to earn good grades, while developing positive social and emotional skills.

In previous research, my colleagues and I found that students from underserved groups who receive gifted and talented services at school benefit even more than their affluent classmates.

One way schools can make the process more equitable is by letting students qualify for these programs in multiple ways. This helps because a single test, on which privileged students may outscore others, does not serve as the only or the most important avenue to being identified as a gifted and talented student.

I believe that all schools should examine their current systems for identifying students with gifts and talents with an eye toward equity. If needed, they should step up their efforts to ensure that students from underserved communities get a fair shot, and also develop programs to nurture these students—as the school district I advised a decade ago eventually managed to do.

Marcia Gentry, Ph.D., professor of Educational Studies, directs the Gifted Education Research Institute at Purdue University. She actively participates in the National Association for Gifted Children and the American Educational Research Association, frequently contributes to the literature, has national and international partnerships, and regularly serves as a speaker and consultant. Dr. Gentry has received multiple grants in support of her work with low-SES, Native American, and underrepresented youth in gifted education. Her research interests include student attitudes toward school, the use of cluster-grouping and differentiation to meet the needs of gifted youth while helping all students achieve at high levels, the use of non-traditional settings for talent development and the development and recognition of talent among underserved populations.
All Posts

With your help, we can do even more important stories like this one.
Support the MFP
PrevPreviousSen. Hyde-Smith: ‘The Only People Interested in Debates Are Reporters and Losing Candidates’
NextSumrall High Orders All 600 Students to Quarantine Amid Mississippi COVID-19 OutbreaksNext