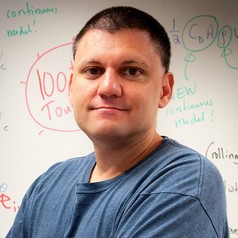 As with every World Cup, at the 2022 FIFA World Cup in Qatar the players will be using a new ball. The last thing competitors want is for the most important piece of equipment in the most important tournament in the world’s most popular sport to behave in unexpected ways, so a lot of work goes into making sure that every new World Cup ball feels familiar to players.

I am a physics professor at the University of Lynchburg who studies the physics of sports. Despite controversies over corruption and human rights issues surrounding this year’s World Cup, there is still beauty in the science and skill of soccer. As part of my research, every four years I do an analysis of the new World Cup ball to see what went into creating the centerpiece of the world’s most beautiful game.

The Physics of Drag

Between shots on goal, free kicks and long passes, many important moments of a soccer game happen when the ball is in the air. So one of the most important characteristics of a soccer ball is how it travels through air.

As a ball moves through air, a thin layer of mostly still air called the boundary layer surrounds some part of the ball. At low speeds this boundary layer will only cover the front half of the ball before the flowing air peels away from the surface. In this case, the wake of air behind the ball is somewhat regular and is called laminar flow.

When a ball is moving quickly, though, the boundary layer wraps much farther around the ball. When the flow of air does eventually separate from the ball’s surface, it does so in a series of chaotic swirls. This process is called turbulent flow.

It turns out that a soccer ball’s drag coefficient is approximately 2.5 times larger for laminar flow than for turbulent flow. Though it may seem counterintuitive, roughening a ball’s surface delays the separation of the boundary layer and keeps a ball in turbulent flow longer. This fact of physics—that rougher balls feel less drag—is the reason dimpled golf balls fly much farther than they would if the balls were smooth.

Evolution of the World Cup Ball

Adidas has supplied balls for the World Cup since 1970. Through 2002, each ball was made with the iconic 32-panel construction. The 20 hexagonal and 12 pentagonal panels were traditionally made of leather and stitched together.

A new era began with the 2006 World Cup in Germany. The 2006 ball, called the Teamgeist, consisted of 14 smooth, synthetic panels that were thermally bonded together instead of stitched. The tighter, glued seal kept water out of the interior of the ball on rainy and humid days.

Making a ball out of new materials, with new techniques and with a smaller number of panels, changes how the ball flies through the air. Over the past three World Cups, Adidas tried to balance the panel number, seam properties and surface texture to create balls with just the right aerodynamics.

The eight-panel Jabulani ball in the 2010 South Africa World Cup had textured panels to make up for shorter seams and a fewer number of panels. Despite Adidas’ efforts, the Jabulani was a controversial ball, with many players complaining that it decelerated abruptly. When my colleagues and I analyzed the ball in a wind tunnel, we found that the Jabulani was too smooth overall and so had a higher drag coefficient than the 2006 Teamgeist ball.

The World Cup balls for Brazil in 2014—the Brazuca—and Russia in 2018—the Telstar 18—both had six oddly shaped panels. Though they had slightly different surface textures, they had generally the same overall surface roughness and, therefore, similar aerodynamic properties. Players generally liked the Brazuca and Telstar 18, but some complained about the tendency of the Telstar 18 to pop easily.

The Al Rihla is made with water-based inks and glues and contains 20 panels. Eight of these are small triangles with roughly equal sides, and 12 are larger and shaped sort of like an ice cream cone.

Instead of using raised textures to increase surface roughness like with previous balls, the Al Rihla is covered with dimplelike features that give its surface a relatively smooth feel compared to its predecessors.

To make up for the smoother feel, the Al Rihla’s seams are wider and deeper—perhaps learning from the mistakes of the overly smooth Jabulani, which had the shallowest and shortest seams of recent World Cup balls and which many players felt was slow in the air.

My colleagues in Japan tested the four most recent World Cup balls in a wind tunnel at the University of Tsukuba.

When air flow transitions from turbulent to laminar flow, the drag coefficient rises rapidly. When this happens to a ball in flight, the ball will suddenly experience a steep increase in drag and slow down abruptly.

Most of the World Cup balls we tested made that transition at roughly 36 mph (58 kph). As expected, the Jubalani is the outlier, with a transition speed around 51 mph (82 kph). Considering that most free kicks start off traveling in excess of 60 mph (97 kph), it makes sense that players felt the Jabulani was slow and hard to predict. The Al Rihla has aerodynamic characteristics very similar to its two predecessors, and if anything, may even move a bit faster at lower speeds.

Every new ball is met with complaints from somebody, but the science shows that the Al Rihla should feel familiar to the players in this year’s World Cup.

John Eric Goff is a physics professor who researches the physics of sports. His major research investigations include the aerodynamics of World Cup soccer balls, modeling the Tour de France, and examining friction between tennis shoes and hard courts.
All Posts

With your help, we can do even more important stories like this one.
Support the MFP
PrevPrevious‘Investigation Was Shoddy’: Attorney Claims Police Delayed Brookhaven Shooting Charges
NextHelping the Next Generation: Jackson-based Star Trek Club Donates to The McCoy HouseNext