White Mississippians Still Think They Are the Only Decision-Makers for Jackson, Miss. 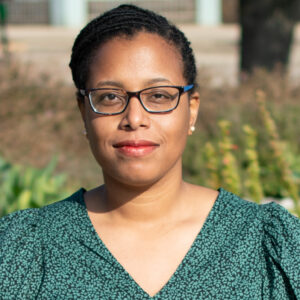 The water crisis in Jackson, Miss., is not just the story of a city’s aging water-treatment system affected by recent severe weather. The roots of this crisis run far deeper. The story of Jackson’s water crisis is a story of white state leadership, a Black-led capital city, and ordinary inequality and racism.

I am a scholar of race and inequality, and my first inquiries into these subjects began during childhood. Growing up in Jackson in the late 1980s and early ’90s, race and racism were often discussed in terms of interpersonal relationships. Some in our generation were heralded and celebrated because we may have attended slightly racially diverse schools or played on racially mixed T-ball teams. This type of progress, it seemed, meant that racism was over.

At Boyd Elementary School, I was featured in a local newspaper story and on the cover of public-school brochures that emphasized how well Black and white students learned together. I stayed in Jackson for college where I attended Millsaps College, a majority-white college then, and in 2007, I was named homecoming queen—at that time, only the second Black homecoming queen in my school’s then 117-year history.

Just like those racially mixed T-ball teams, many white people around me gleefully lauded this accomplishment as proof of racism’s retreat to a realm of rusted relics. Such false celebrations and counterfeit understandings of racism continue to mask its pernicious nature.

I was a junior in high school when I became active in a state-wide youth law-making program. Participants would draft their own legislation about any topic during a mock legislative session held at the Capitol. Mississippi’s population is nearly 40% Black, but of the 75 to 100 attendees, I was maybe one of 10 Black students—and often one of a few from Jackson Public Schools.

I remember one particular bill proposing that South Mississippi secede from North Mississippi and form its own capital city because, in the words of the bill’s authors, they were, “tired of the impoverished north taking all of the state resources and ruining the state’s name.”

They insisted that Mississippians were fed up with Jackson and needed a new, better capital city. These students continually derided and insulted Jackson and its leadership—never, to my knowledge, using overtly racist language, but constantly expressing frustration about ineptitude and of the state’s capital and its poorer, Blacker regions.

While the bill ultimately failed, these sessions first revealed to me something that I would learn to fully grasp later on: While some people tried to push narratives of a so-called triumphant racial reconciliation, white Mississippi leaders—past, present and those groomed for the future—believed they alone knew best for the state and its people. They believed that they were the decision-makers.

These deeply held beliefs are often instinctive and unquestioned. But when a capital city like Jackson has increased Black leadership tasked with making decisions, it challenges what is presumed to be the natural order because for most of its existence, Jackson and the state of Mississippi have remained under the purview of white leaders.

What we are witnessing today is the result of decades-long efforts to delegitimize Jackson leadership. Some of these efforts can be traced to the early 1970s when Mississippi was forced to desegregate its public schools following the 1969 Alexander v. Holmes case.

In Jackson this meant that white families fled the city to neighboring suburbs and counties and poured money into private schools like Jackson Preparatory, founded in 1970, and Jackson Academy, founded in 1959. The local white Citizens Council, which started its own schools in Jackson and rural Hinds County, insisted on spreading lies, painting Black people as inferior and incapable of leadership, which caused a wave of white flight.

Subsequent waves followed in the ’80s and ’90s. I was one of six or seven Black children in my kindergarten class, but my third-grade class had only one white child. As we approached the end of the 20th century, Jackson was a solidly majority-Black city that had just elected its first Black mayor, Harvey Johnson Jr., in 1997. And with that, white leaders intensified their undermining efforts.

Mississippi Legislation Should Benefit All

White state leaders have maintained postures of disdain, ridicule and contempt toward Black Mississippians, continually reasserting that they alone should make decisions. These decisions range from attempts to take control of the main airport in Jackson to explicitly advocating against measures that would allow people from places like Jackson to make decisions, even to repair its own water and sewer problems.

Mississippi recently passed the largest tax cut in history, one that will benefit wealthier earners but translate into decreased funds for infrastructure, in a state where white households have a median net worth $54,000 greater than households of color and where 47% of Black children live in concentrated poverty, compared to 10% of white children.

While Mississippi has received federal funding from the CARES Act and the American Rescue Plan Act, Reeves has already demonstrated his willingness to return federal assistance if he deems it no longer necessary. For instance, the state has yet to expand Medicaid even though the federal government would cover 90% of the cost and that could potentially save the state $212 million by 2027.

Recent reports have drawn attention to Gov. Reeves’ previous positions on the state Bond Commission, whereby he touted his ability to make decisions that affect funding for Jackson’s water system. In 2020, Reeves vetoed a bipartisan bill that would have helped the city collect delinquent water bills. In his justification, Reeves rhetorically asked if voters would want to always trust Jackson leadership to oversee such a program. After the 2021 winter storm caused a weeks-long water crisis in Jackson, Lt. Gov. Delbert Hosemann remarked to the Mississippi Free Press that the city’s water system has not been properly managed since Kane Ditto, incidentally the city’s last white mayor.

During the 2022 summer weeks-long boil-water notice that preceded the current crisis, Reeves bemoaned Jackson’s water issues, comparing the city to Madison and Flowood, two majority-white surrounding cities with white leadership who have not had to request state funding for infrastructure. Reeves has continued to criticize Jackson leadership, referring to the capital city’s lack of “basic competence” to manage the water facility. During a speech in Hattiesburg on September 16, 2022, Reeves proclaimed that it was “a great day not to be in Jackson.”

Jackson’s main water systems have been in disrepair for decades, long before the city had primarily Black leadership. Much of its water and sewage system relies on very outdated pipes. The city’s chief engineer has already made numerous statements about the need for long-term infrastructure investment, which is not news to state officials who have long-known about the city’s water woes but who turned blind eyes while pointing blame at city officials. Jackson leaders have submitted capital-improvement plans detailing the need to fix water-treatment facilities, and after the 2021 winter water crisis, Mayor Chokwe Antar Lumumba presented a letter to state officials detailing the needed systemic repairs. He never got a response.

The Jackson water crisis is a complex story involving numerous and varied factors. Recent weather events have exposed the extent of the issues plaguing the city’s water system, but these events have also laid bare the underlying ongoing and banal racism that animates everyday life in Mississippi—where white Mississippians continually believe that they are the only decision-makers. And until there is a major shift in this line of thinking, they will continue to make decisions that do not benefit all.

Read the Mississippi Free Press’ extensive and award-winning coverage of the Jackson water crisis since early 2021.

Dr. Chelsi West Ohueri, who grew up in Jackson, Miss., is an assistant professor of Slavic and Eurasian Studies at the University of Texas at Austin with appointments in Anthropology, African and African Diaspora Studies and Population Health. She is a sociocultural and medical anthropologist who researches global race and racism and inequality. She is currently completing an ethnographic book project about race and belonging in Albania. You can find her research in such journals as Medical Anthropology, Slavic Review, Qualitative Health Inquiry, and Gender, Place, and Culture.
All Posts

With your help, we can do even more important stories like this one.
Support the MFP
PrevPreviousFed Faces Threats of Recession and Financial Crisis, Inflation Fight Raises Risks
NextMississippi Election Officials Have Made 98 Polling Place Changes Since 2020, Investigation FindsNext