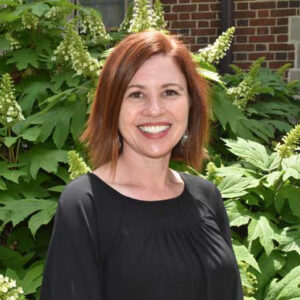 As the second largest U.S. demographic group, Latinos are a significant political force that could determine the elections in the key midterm battleground states of Arizona, Colorado and Nevada.

Not surprisingly, the anticipated impact of Latino voters has forced Democrats and Republicans to develop messages that not only resonate but also drive turnout on Election Day.

That is easier said than done.

Latino voters represent a diverse group of countries of origin, native languages, cultural values, education and personal characteristics. As with any demographic group, voting patterns are informed by individual experiences.

One thing is clear. Latino voters are turning out in record numbers.

If Latino communities are to be adequately represented in our democracy, then the complexity of those communities needs to be understood.

As a licensed social worker among Latino immigrant communities, I have seen how many have endured heightened discrimination against their families and communities since the election of Donald Trump in 2016. I also have seen how these experience shape their mental well being and political decision-making.

Under the Trump Administration, workplace raids, immigrant detentions and family separations at the border instilled a deep fear and trauma among many Latino immigrant communities.

In one study, for instance, researchers found that stress associated with Trump-era policies—and continued under the Biden Administration—correlated with poorer mental health status among Latino adults.

A majority of Latinos—an estimated 63%—supported President Joe Biden in 2020. But there was about an 8 percentage-point swing toward Trump compared to 2016. Based on exit polling data, a higher percentage of Latino voters—32%—cast their ballot for Trump in 2020 than the 29% that did in 2016.

How did Trump, with his anti-immigrant and anti-Mexican rhetoric, garner increased support from Latino voters?

One reason may be that immigration policies only affect a subset of Latinos, most notably Mexicans, followed by Salvadorans, Guatemalans and Hondurans. Other Latino subgroups have fewer undocumented members or have clearer advantages for documented U.S. entry. As a result, immigration issues are less relevant to either of these voting groups.

For example, Puerto Ricans are U.S. citizens who are not required to navigate the immigration system when entering the country.

Cubans are another Latino subgroup that has special access to citizenship pathways not afforded to other immigrants.

Pew Research Center data suggests that 55% of Cuban Americans plan on or lean toward voting Republican in the midterm elections, compared to 24% of Mexican Americans and 22% of Puerto Ricans.

On the national level, Cuban Americans have less influence on elections as they represent only 4% of all Latinos and are mainly concentrated in Florida.

Similarly, approval of Biden varies by origin, with most Cuban Americans disapproving of Biden’s overall performance as president, while just about half of Mexican Americans and Puerto Rican voters disapprove of his performance.

A key factor is religion.

About 48% of Latinos report being Catholic, with 16% identifying as Evangelical. While about half of the general Catholic population self-describe as Republican or Republican-leaning, most Catholic Latinos—about 59%—lean toward Democratic candidates.

Conversely, 50% of Evangelical Latinos lean toward a Republican vote in the midterms.

As a key issue among religious voters, most Latinos believe abortion should be legal in some situations.

Another distinction among Latinos relates to whether being Hispanic or Latino is an important part of their identity.

Not surprisingly, the top issues among Latino voters vary by political affiliation or leaning, though some common issues arose on each side.

A top priority across Latino voters is the economy, as indicated by 90% of Republican-leaning and 75% of Democratic-leaning Latinos.

Also of high importance is education, with 72% of Democratic-leaning and 66% of Republican-leaning Latinos highlighting this issue.

As a broad group, Latinos believe that Democrats care more about their needs and work to earn their votes.

This belief aligns with the historical pattern of Latinos more frequently voting for Democratic candidates.

Yet, as with any diverse demographic group, Latino voters are weighing important issues with views and values that are informed by their own backgrounds, experiences and belief systems.

Dr. Mary Lehman Held is an associate social work professor at the University of Tennessee. She received her M.S.W. degree from the University of South Carolina before practicing as a Licensed Clinical Social Worker (LCSW) in Texas. Dr. Held completed her Ph.D. at the Steve Hicks School of Social Work at the University of Texas. Her research agenda of Latino immigrant health and well-being is driven by her practice experience with youth in Central America and her clinical practice with Latino immigrants in Texas. Dr. Held is invested in increasing knowledge related to the hardships endured throughout the immigration process (pre-migration, migration journey, and post-migration) and how to better address the impact of these hardships. In addition, she promotes teaching strategies, such as integrated health care, to strengthen health and behavioral health service provision to vulnerable populations. Dr. Held’s research is community engaged and multidisciplinary. She routinely engages in community-based presentations to further knowledge related to trauma and Latino immigrant youth in Tennessee.
All Posts

With your help, we can do even more important stories like this one.
Support the MFP
PrevPreviousHinds Juvenile Detention Center Comes Off Consent Decree As County Celebrates
NextMississippi Lawmakers Approve $247 Million In Incentives For Aluminum ManufacturerNext