Profiting Off Our Pain: Marijuana Legalization Must Include Equity for All Communities 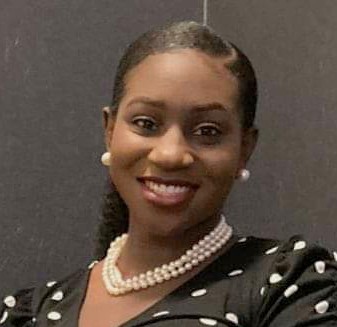 Have you ever wondered if marijuana is really as bad as some people make it seem? If so, then you’re likely a part of the 68% of Americans who agree that there’s nothing wrong with the plant, especially considering the lack of sufficient evidence. There is no proof that marijuana use increases mortality rate, for instance.

However, marijuana does assist terminal patients with symptoms such as constipation, nausea and severe pain, and studies show its use reduces the amount of episodes for those who suffer from seizures. So, why are some folks so against the use of it?

Mexican refugees introduced marijuana to the U.S. while trying to escape the Mexican Revolution in 1910, and anyone could get their hands on it. It wasn’t until the late 1920s, during the Great Depression, that the U.S. criminalized cannabis due to Americans’ fear of Mexicans taking their jobs.

Hence, the war on marijuana began.

Federal Bureau of Narcotics Commissioner Harry Anslinger became a powerful anti-marijuana voice, garnering support from President Franklin D. Roosevelt. Anslinger’s anti-drug campaigns preached about the “Marijuana Menace” in an effort to put fear into the public’s hearts when it came to Mexican immigrants.

In 1937, their efforts proved to be effective as Congress passed the Marihuana Tax Act, making it illegal to possess or individually sell marijuana. Later in the 1950s, new federal laws put mandatory prison sentences in place for drug-related offenses. In 1969, the Leary v. The United States case ruled part of the act unconstitutional and in violation of the Fifth Amendment. As the political U.S. Drug War heated up on President Richard Nixon’s watch, Congress then passed the Controlled Substances Act as Title II of the Comprehensive Drug Abuse Prevention and Control Act of 1970, repealing the 1937 Act.

Marijuana laws have evolved over the past 52 years as lawmakers flirt back and forth with the idea of decriminalizing it. Today the restrictions on marijuana are seemingly lifting again. The use of medical marijuana is now legal in 36 out of 50 states in the U.S., including Mississippi, and recreational use is legal in 21 states.

The cannabis market has skyrocketed since the benefits of it have become more popular. In 2020, distributors profited about $2.7 billion from legal recreational and medical marijuana sales. But the real issue is the number of people incarcerated due to drug-related charges, while others are making a profit on the exact thing that put them in prison.

Approximately 40,000 Americans are locked up due to marijuana-related charges, Forbes reported in 2020. What is the difference between the people who make the money and the people who get life sentences for using or selling it?

The facts are evident—more Black and Brown individuals are incarcerated each year for the possession and trafficking of marijuana than members of other races and ethnic groups. Even in states where it is legal, minorities still have challenges when it comes to making a profit in the cannabis industry and when it comes to being legally punished for possession.

Considering last year’s Olympic trials, the performance of a 21-year-old woman from Dallas, Texas, shocked us all. After winning the 100-meter dash in the 2021 U.S. Olympics relay, Sha’carri Richardson made headlines everywhere for completing her run in 10.86 seconds, breaking the record time of Florence Delorez Griffith Joyner.

Richardson received attention from all over the world for being a young Black woman who proudly and unapologetically paired her long eyelashes and acrylic nails with a fiery orange, lace-front wig while running in one of the most prominent sporting events in the country. However, the excitement for her debut was short-lived after she tested positive for THC and was suspended from participating in the Olympics for a month. Sha’Carri accepted her suspension and vowed to try again in the future.

“This will be the last time the Olympics don’t see Sha’Carri Richardson,” she said during an interview on NBC’s Today Show.

Shortly after the Olympics cast Sha’Carri out for her legal recreational use, other Olympians came forward to share that they, too, use marijuana for various reasons. For instance, Michael Phelps, a 23-time gold medal winner was filmed smoking the plant from a bong in 2009. Though he was reprimanded for his actions, he did admit to using weed regularly for his aches and pains. Other popular athletes who use marijuana include Canadian snowboarder Ross Rebagliati, NFL player Ricky Williams, WWE wrestler Rob Van Dam, Phil Tufnell and Sir Ian Botham.

Most of these names aren’t known for their use of creative ways to diminish pain, but Richardson’s name will forever be aligned with the mistake that cost her a chance at the title of fastest woman alive in 2021.

The Never Ending War On Drugs

There are currently 40,000 people serving time in U.S. prisons for marijuana offenses. And even though it is recreationally legal in 21 states, Forbes reported that the majority of these offenses are nonviolent possession charges.

Here in Mississippi the war on drugs is brutal. You can be sentenced to as little as 60 days and as many as 30 years in jail just for possession of this plant. But why so long if marijuana isn’t directly linked to any deaths and can be used as the primary source to solve complicated health issues?

I’m not convinced that the state is ready for that kind of progression. Lots of southern elders still look at marijuana users as lazy, unmotivated free loaders, and those same elders are the ones who consequently run this state. However, the aforementioned characteristics can’t be any further from the truth as the majority of marijuana users are the ones who help to keep the state running, even if you don’t think their jobs are important. Many of them run your favorite fast-food restaurants, deliver your packages, fix your cars and so much more.

The fact is that this plant is used to calm anxiety, soothe ticks, minimize seizures, help ease pain, nausea, and it can be beneficial to daily living in more ways than one. Though marijuana is still criminalized in the state of Mississippi, we can anticipate some type of change in the near future.

On Jan. 26, 2022, the Mississippi Legislature approved Senate Bill 2095, the “Mississippi Medical Cannabis Act,” which Gov. Tate Reeves signed into law on Feb. 2, 2022. The act lists 20 medical conditions and categories of conditions individuals would be eligible for a medical-marijuana card in Mississippi: cancer, Crohn’s disease, post-traumatic stress disorder, any “chronic, terminal, or debilitating” condition producing chronic pain, and “any other condition” that the Mississippi Department of Health may add in the future.

Mississippi’s act clearly prohibits “smoking medical [marijuana] in a public place or in a motor vehicle.” This decision will help to improve the economy, lower the amounts of marijuana-possession-related arrests and could also provide a better way of life for people with terminal illnesses and underlying health issues.

Mississippi Minority Cannabis Alliance board members Cedric Anderson and Roderick Woullard hope to bring more Black, white and Hispanic dispensary owners to the state, while also working on becoming a more socially inclusive state that will eventually regulate the use of marijuana.

Illinois was listed as the “Best Example to Consider” in the Mississippi Senate Public Health Committee meeting notes from July 21, 2021. The state sets an example of the most innovative way to make a profit from the use of recreational and medical cannabis while also creating laws to regulate the use of it.

Northern states offer financial incentives and assistance to dispensaries that are willing to make the majority of their employees individuals who marijuana policing has affected. The increased state cannabis tax provision funds this project, with 25% of the funds going to creating these grants. As a part of the state’s social-equity program people can apply for cannabis business loans to help start their businesses.

So, what would happen if cannabis was legal in Mississippi? In Illinois, where weed is fully legal and has been since Jan. 1, 2020, at least 90 people are still incarcerated for marijuana-related charges. Though different organizations have been working endlessly to free these people, it leaves many friends and family members wondering if their punishment fits their crime.

If the State of Mississippi were to follow Illinois’ lead when it comes to the legalization of cannabis, this question would definitely become prevalent. As of 2016 there have been a total of 5,849 arrests centered around the sale and possession of marijuana. A study in 2019 showed that more than 2,000 people have served or are serving time for these offenses.

It may take some time for things to level out, but these changes could help someone’s mother or father make up for time lost from making a small mistake. Taxpayers would also keep more money in their pockets instead of having to spend $25,000 to $30,000 a year on one incarcerated person.

Back in the 1920s, cannabis became criminalized in the U.S. essentially because it couldn’t be taxed and to keep Hispanic immigrants from coming into the country to “steal jobs.” Today, we can see the medicinal and recreational use of cannabis becoming more popular across the nation, moving state governments to revisit their views and laws on it.

It is imperative for Mississippi lawmakers to ensure equity for all ethnic groups in regards to profits made from marijuana-related businesses and for those who are still in prison for marijuana-related charges. Ease the restrictions placed on those held liable for the possession and trafficking of marijuana. Release prisoners with non-violent marijuana related charges and encourage minorities to join the progressive marijuana movement.

A native of Vicksburg, Miss., Gabrielle Terrett is a graduate of Alcorn State University where she studied mass communication. While enrolled, she wrote for the Campus Chronicle, Vicksburg Daily News and the Vicksburg Post. She also served as president of the Alpha Chi Alpha chapter of Lambda Pi Eta, a chair member of ASU's National Association of Black Journalists chapter, member of the campus NAACP and meteorologist for ASU T.V. 13. She marks one of her greatest writing accomplishments as her piece "We Belong Here, Too," a training document written for the Harper's Ferry National Historical Park. This piece is used to help interpreters better explain how African Americans overcame adversity. Gabrielle now serves as the president of Warren County Young Democrats to provide her city's youth with access to information about how politics directly affects them by organizing candidate round tables and voter-registration drives.
All Posts

With your help, we can do even more important stories like this one.
Support the MFP
PrevPreviousGOP Candidate Cites Great Replacement Beliefs, Calls Rep. Thompson ‘Treasonous’
Next5 Things About The Fed’s Biggest Interest Rate Increase Since 1994 And How It Affects YouNext