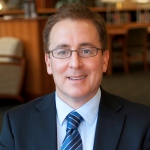 The seditious-conspiracy charges filed against Stewart Rhodes, founder of the Oath Keepers militia, along with 10 other defendants, opens a new and significant chapter in the events of Jan. 6, 2021.

Many observers have noted the absence of “seditious conspiracy” charges in connection with prosecutions of those who took part in the Capitol riot. Participants in the riot have been charged with minor crimes such as trespassing or other lower-level offenses. Others have been charged with more serious offenses, such as obstructing a congressional proceeding or bringing a weapon inside the U.S. Capitol.

But the seditious-conspiracy charges the U.S. Department of Justice announced on Jan. 13, 2022, raise the stakes and political temperature of the Jan. 6 investigation. As a First Amendment scholar, I believe they may also give rise to serious concerns about the rights of others protesting government actions down the road.

The crime of seditious conspiracy involves joining with others to overthrow the government of the United States.

Under federal law, persons are guilty of seditious conspiracy if they conspire “to overthrow, put down, or destroy the government” by force. That is the central or core offense.

Seditious-conspiracy prosecutions are rare in the U.S., but not unheard of. Charges have been successfully brought against Puerto Rican nationalists who stormed the Capitol in March 1954 and against Islamic militants who plotted to bomb several New York landmarks in the early 1990s. However, juries have also acquitted members of a neo-Nazi group charged with seditious conspiracy for conspiring to overthrow the U.S. government and assassinate federal officials.

Prosecutors may be reluctant to charge seditious conspiracy for several reasons. Conspiracy charges, which entail planning between two or more people to commit a crime, take lots of time and resources to develop and prosecute. Proving the elements of seditious conspiracy can be factually and legally difficult. Entering a restricted area or obstructing a congressional proceeding are far easier crimes to prove than plots to overthrow or hinder the U.S. government.

Prosecutors may also be reluctant to charge seditious conspiracy because the charges may appear to be politically motivated.

From Speech To Action

The First Amendment also may pose a significant hurdle for prosecutors trying to prove seditious conspiracy.

So anti-government sentiment or general calls to “action” against purported “tyrants”—or statements of that nature—don’t rise to the level of a seditious conspiracy. For prosecutors to convict those charged with seditious conspiracy, they must prove there were specific plans to hinder the execution of the law or seize government property.

For example, a 2010 seditious-conspiracy charge brought against members of the Hutaree militia, which the government alleged planned to wage war against the government, was dismissed because the prosecution’s case rested substantially on hateful and offensive speech by members of the Christian extremist group that the First Amendment protected. The evidence did not demonstrate a plot to overthrow the government.

In the case of the Oath Keepers, the government will have to overcome First Amendment concerns.

In the case of Rhodes and his alleged co-conspirators, prosecutors may secure a conviction if they can prove, as is alleged in the indictment, that the militia moved from protected speech to planning specific actions—including “to stop the lawful transfer of presidential power”—that the First Amendment does not protect.

In a press release accompanying the conspiracy charges, the Department of Justice alleged specific actions by the defendants, including planning to travel to Washington and bringing weapons to the area in support of the operation.

If any case fits the seditious-conspiracy crime, perhaps this is it.

The words of the seditious-conspiracy law—using force to “prevent, hinder, or delay the execution of any law of the United States” or to “seize, take, or possess any property of the United States”—may be broad enough to sweep in certain kinds of civil disobedience, disruptive protests at the Capitol and elsewhere, and plans to resist mass arrests.

Such concerns may be yet another reason prosecutors had seemingly been reluctant to rely on seditious-conspiracy charges for the Jan. 6 defendants.

History demonstrates how broadly worded sedition laws can suppress protest and dissent. During the World War I, pacifists and dissidents were frequently charged with sedition and seditious conspiracy based on their political advocacy and criticism of government.

The First Amendment, which broadly protects dissent, would not permit such prosecutions today. Modern interpretations of freedom of speech impose stringent requirements in prosecutions for “inciting” violence. However, a successful prosecution for seditious conspiracy in the Rhodes case may create a precedent for going after demonstrators who commit ordinary crimes, such as damaging a police car or occupying a federal building, or who engage in other acts of civil disobedience.

This danger is not entirely speculative. In 2020, the Trump Justice Department considered charging Black Lives Matter protesters with seditious conspiracy in connection with demonstrations in Washington, D.C., and Portland. The Justice Department ultimately decided not to go down that road.

To be sure, factual and other distinctions can be made between those protests and the storming of the Capitol. But in the hands of a zealous prosecutor, the potential for abuse is clear.

With your help, we can do even more important stories like this one.
Support the MFP
PrevPreviousMental Health Experts: Raise Age of Children Locked in Hinds Juvenile Justice Center
Next‘Like Being in a Pressure Cooker’: Lack of Resources Negatively Affects Black CommunitiesNext