Changing Your Mind About Vaccination Isn’t a Sign of Weakness 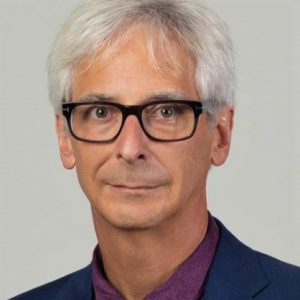 Culturally, this is an era in which people are held in high esteem when they stick with their beliefs and negatively labeled as “flip-floppers” or “wishy-washy” when they change what they think.

While the courage of convictions can be a plus in situations where people are fighting for justice, sticking with beliefs in a dynamic world is shortsighted and dangerous, because new evidence can and should be taken into account. Rapidly changing environments are uncomfortable for people, because you can’t effectively use experience to guide choices about the future.

Consider the COVID-19 pandemic. All aspects of the pandemic response have evolved over time because knowledge of the disease and its prevention and treatment has changed significantly since the coronavirus made its appearance in early 2020.

The problem is many opponents of masking and vaccination made bold public pronouncements on social media, broadcasting positions like they’ll never get the COVID-19 shot. Once someone’s taken a strong stand like that, it can be hard to make a switch. As a psychology researcher who focuses on decision-making, I know there are powerful psychological and social forces that promote consistency of belief and action. Early commitments can be difficult to dislodge—though sometimes outside forces can help.

Changing Course Once You’ve Doubled Down

Social psychologists know that, on the one hand, people are motivated to maintain consistency across their beliefs. Because people want their web of beliefs to be coherent, they tend to give a lot of weight to beliefs that are consistent with their overall worldview and to discount those that are contradictory. As a result, people will continue to hold on to a set of beliefs even in the face of mounting evidence that they should revise what they think.

Psychologists describe this unconscious strategy as a way for people to minimize any cognitive dissonance they experience—when things don’t add up, it can be disturbing. So to avoid those uncomfortable feelings, they ignore what doesn’t fit well with their existing beliefs as a way to maintain balance.

In the context of COVID-19, for example, someone who is predisposed to dislike the vaccine will give little weight to new evidence of vaccine effectiveness, because that evidence contradicts their current worldview.

Eventually, though, enough counter evidence can lead to what psychologists call a shift in coherence, in which people can come to believe that their initial viewpoint was wrong. But additional social forces such as the desire to appear consistent or to show solidarity with a community can still lead people to resist changing their beliefs and behavior.

Indeed, there is considerable research on the trade-off between what psychologists call exploitation and exploration in decision-making. Exploitation refers to people’s tendency to pick the option that has been best in the past. As a simple example, exploitation would be choosing your usual favorite dish from a restaurant where you often order takeout.

Exploration describes picking options that were not optimal in the past but may now be better than the best previous choices. In the restaurant scenario, exploration involves choosing a new dish or one that you tried in the past and didn’t like as much as your old standby. Exploration gives you information about options other than your current favorite.

When environments change a lot, exploration is important. Good decision-makers will often forego the best-known option in order to determine whether other options are now actually better. If your favorite restaurant is constantly hiring new cooks and tinkering with the menu, then exploration is probably a good strategy. The tendency toward consistency that people display—particularly in situations where they have expressed a strong preference—is most harmful in environments that change. The COVID-19 pandemic is just such a case.

In these situations, helping people to change behavior requires reducing their need to feel bound to act in a way that is consistent with the attitudes they have expressed. This is where external forces come to play.

When a Mandate Pushes Against Your Position

As an example, think about two people: Al and Barb. Both of them are opposed to getting vaccinated for COVID-19 and have a variety of reasons for that—like being mistrustful of the science and concerned about long-term safety. Both of them have also posted their opposition to vaccination to their social media sites.

Al doesn’t know anyone who has gotten sick from COVID-19 and hasn’t really read many stories about the effectiveness of the vaccine, so he has a strong coherent set of beliefs against vaccination.

Barb has friends who have gotten sick, and one died from COVID-19. She has read some of the news articles with data supporting vaccination. While this information isn’t enough to flip her opinion, she is wavering.

Al and Barb are likely to have different reactions to the government-issued mandate that employers with more than 100 employees must require their staff to be vaccinated or frequently tested.

Al is strongly opposed to vaccination, so all the rest of his beliefs outweigh the mandate. He is likely to fight the mandate and to make a public display refusing to get vaccinated.

Barb is in a different position. The vaccination mandate fits with some of her beliefs. While Barb may be uncomfortable getting the vaccine, she is more likely to use the mandate as social cover to get vaccinated, blaming the mandate for her ultimate choice.

For people who are on the fence about whether to get vaccinated because they have conflicting knowledge and beliefs, vaccine mandates serve two purposes. First, mandates provide one more fact that can make their pro-vaccine beliefs more consistent than their anti-vaccine beliefs. Second, even for people who are still largely anti-vaccine, it allows them to get vaccinated while still saving face by blaming the mandate for an action that they are not as strongly opposed to as they appear to be.

More generally, people are creatures of habit. You likely feel most comfortable doing what has worked for you in the past. The more you learn to pay attention to how much change there is in the environment, the more you can work to push yourself to explore new options and change your beliefs and behavior based on new evidence.

This MFP Voices essay does not necessarily represent the views of the Mississippi Free Press, its staff or board members. To submit an essay for the MFP Voices section, send up to 1,200 words and fact check information to [email protected] We welcome a wide variety of viewpoints.

Art Markman, PhD is the Annabel Irion Worsham Centennial Professor of Psychology, Human Dimensions of Organizations and Marketing and Vice Provost of Continuing and Professional Education and New Education Ventures at the University of Texas at Austin. He has written over 150 papers on topics including reasoning, decision making, and motivation. Art brings insights from cognitive science to a broader audience through his blogs for Psychology Today and Fast Company as well as his radio show and podcast Two Guys on Your Head produced by NPR affiliate KUT. He is the author of several books including Smart Thinking, Smart Change, Brain Briefs, and Bring Your Brain to Work.
All Posts

With your help, we can do even more important stories like this one.
Support the MFP
PrevPreviousPfizer Asks FDA To Authorize COVID Vaccine For Children 5 to 11 After Positive Trials
NextAbortion Advocates Ignore Women’s Poverty, Attorney General Fitch ClaimsNext