“White people are driving the COVID pandemic in Mississippi. They have been since June, but especially in the past six weeks. There appears to be ‘a white folks problem’ in Mississippi,” Douglas Chambers, a University of Southern Mississippi history professor, told the Mississippi Free Press yesterday.

‘Time for White People to Step Up’

“So now it’s time for white people in Mississippi to step up,” the scholar said.

During a Zoom press conference today, Mississippi State Health Officer Dr. Dobbs told the Mississippi Free Press that, early on, outbreaks in nursing homes somewhat “moderated” the disparities in deaths among Black Mississippians because long-term care facilities have a larger proportion of white residents. But that alone did not turn the tide overall.

“As far as case trends, we have had pretty good uptake by a lot of folks in the Black community with masking and social distancing,” Dobbs said. “We’ve worked to make sure the Black community understands where the risks are. Big parts of the white community, especially in areas that are not heavily affected, have not been as compliant and engaged in masking and social distancing, so I think that makes a big difference.”

“So we have the fact that Black and Brown and Choctaw people were hit hardest first, and then they really stepped up. All that means is they are wearing masks, they’re social distancing, they’re doing what they need to do. And white people are not.”

Chambers called on Mississippi Gov. Tate Reeves to recognize the new disparities and “address this reality.”  Reeves is a white Republican who began relaxing social-distancing measures in May amid pressure from some conservative voters.

After issuing a statewide mask mandate on Aug. 4 that helped bring daily case numbers down dramatically from a late July peak, Reeves allowed the mandate to expire on Sept. 30, saying “we need to trust the people of this country to look after themselves and make wise decisions” instead of the government. A week later, Mississippi State Health Officer Dr. Thomas Dobbs lamented that progress was “unraveling” as mask use had begun “dropping off rapidly.”

‘We Are on the Horizon of the Second Wave’

“Gov. Reeves needs to impose regional mask mandates, especially for the hill and prairie country of the northeastern counties, in the Pine Belt and on the coast,” Chambers said. “His electoral base is most at risk. Does he have the courage?”

Making efforts to reduce transmission now is especially important, the historian said, because, two weeks after the mask mandate ended, cases are once again surging.

“We are on the horizon of the second wave. I would say we are already clearly now in the second wave, and it is the responsibility of white people to get their act together,” he said.

During the Zoom conference today, Dr. Dobbs said he supports doing “whatever it takes to get more people wearing masks indoors,” whether that means another statewide mask mandate or a series of local ones. He said he is speaking with the governor, who he expects will announce additional plans for dealing with the pandemic next week.

“Since the mask mandate was rescinded, people have not maintained masking like I had hoped. A lot of businesses and other organizations have not taken the successes we gained over the summer and translated them into ongoing action,” Dobbs said.

The state health officer said the speed with which Mississippians gave up masking after the mandate expired took him by surprise.

“We had a rough summer and I really hoped people had learned the impact of masking and social distancing,” Dobbs said. “It really showed it worked quite nicely. And why we would abandon something that is simple, easy and effective just because there is not an executive order has perplexed me and I’m frankly disappointed.”

Chambers told the Mississippi Free Press he is particularly concerned about the Nov. 3 election. Under state law, most Mississippians must vote in person on Election Day, with only a limited number of exceptions allowed for absentee voting. Unlike other states that moved to make voting safer with expanded early, absentee and mail voting options, Mississippi’s Legislature declined to take up bills that would have done so here.

Presently, there are no plans to require voters to wear masks at polling stations, and Secretary of State Michael Watson said on Oct. 2 that he believes such a move would be “unconstitutional.”

“The secretary of state has control over state elections, and Mr. Watson has said there will be no mask mandate at the polls, but that is a little over two weeks away,” Chambers told the Mississippi Free Press. “By then, we’ll be smack in the middle of the second wave. And since white people are driving the pandemic, they’re going to suffer disproportionately.

“So let’s wise up and recognize that the election on Nov. 3 is going to see very high turnout. We’ve got to protect people. It’s common sense.” 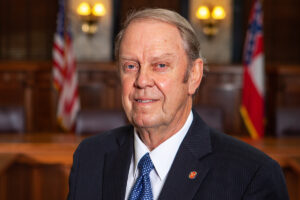 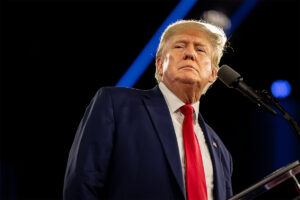 With your help, we can do even more important stories like this one.
Support the MFP
PrevPreviousSumrall High Orders All 600 Students to Quarantine Amid Mississippi COVID-19 Outbreaks
NextTo Thrive Again in West Jackson: Social Entrepreneurs Helping Black Families Build Intergenerational WealthNext