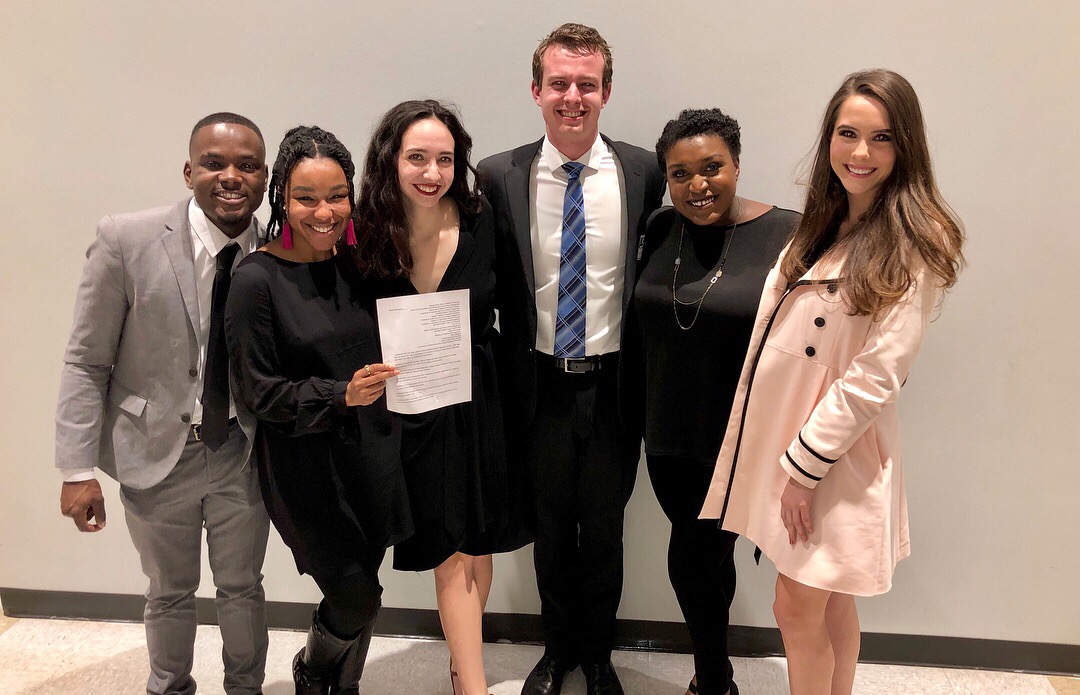 “The statue relocation proposal glorifies the Confederacy rather than contextualizes its place in our campus’ history.”

OXFORD, Miss—In early 2019, we wrote the University of Mississippi’s Associated Student Body Senate resolution that ignited the relocation process for the campus’ Confederate monument. A year and a half later, the Institutions of Higher Learning Board approved a plan to relocate the statue to a secluded Confederate cemetery. However, the proposed relocation plan contradicts the University of Mississippi community’s priorities as reflected in resolutions passed through the university’s representative bodies and in the university’s creed.

As the authors of the initial resolution, we strongly oppose any measures that would uplift white supremacist narratives or glorify the Confederacy. We urge the University of Mississippi administration to refrain from renovations of the cemetery that would amplify ahistorical and racist Confederate narratives. The unanimously passed resolution called for relocating the monument to a less prominent place on campus. We did not co-sign onto a project beautifying the Lost Cause.

When we wrote the student resolution, we had two main goals—ridding the University of Mississippi of Confederate iconography that rallies neo-Confederates and fostering an environment that is welcoming and inclusive of all students, particularly Black students. The expanded glorification of Confederate symbols and ideologies, as presented in the university’s relocation proposal are inconsistent with the goals of the university community who set relocation into motion.

The University of Mississippi should reject the glorification of white supremacist ideology. The proposed plan fails to do so, and we are concerned the university will continue to serve as a rallying point for hate groups and white supremacists.

As an institution that relies on state tax dollars and private funding to provide a world-class education and unique student experiences, the allocation of funds towards the beautification and preservation of Confederate symbols detracts financial resources from continued educational efforts. It also violates the University’s Creed: “I believe in good stewardship of our resources,” and signals to current and prospective faculty and students that Confederate glorification is a higher priority than their continued success.

Excess funds after the statue relocation should be allocated to supporting the MOST Conference, the African-American Studies Department, the wages of Black faculty and staff, and funding for the descendants of the enslaved people who built the university rather than the beautification of the Confederate cemetery. The immense amount of resources toward Confederate preservation would ultimately contradict a commitment to diversity and would prioritize white supremacy over the inclusion and safety of the University of Mississippi’s Black students and stakeholders.

In adherence with the priorities of the UM community, the University of Mississippi administration should disregard the current proposal for the beautification of the Confederate cemetery and ensure that students and other important community members are thoughtfully involved in the relocation process.

‘You White People Don’t Get It’: Mississippi’s Long, Ugly Road To Changing Its State Flag

We are six University of Mississippi students and graduates who worked together to successfully demand the relocation of the Confederate statue from the center of campus: Jarvis Benson, Arielle Hudson, Katie Dames, John Chappell, Leah Davis, Charlotte Armistead.
All Posts

With your help, we can do even more important stories like this one.
Support the MFP
PrevPreviousNo ‘Safe Harbor’: LGBT Rights Group May Challenge HB 1523 After Bostock Ruling
NextJames Chaney’s Death on Father’s Day ’64 Brought Change, But the Work ContinuesNext