FedEx has reinstated pay for D’Monterrio Gibson, a Black FedEx driver who said two white men chased and shot at him on his route in Lincoln County. The 24-year-old Utica native said the incident happened while he was making deliveries in Brookhaven, Miss., on Jan. 24.

While recounting the story to the Mississippi Free Press last week, Gibson said FedEx had initially asked him to return to the route after the shooting. When he declined, the company placed him on unpaid leave. Today the company reinstated his pay.

The Cochran Firm Mississippi Delta Managing Partner Carlos Moore said yesterday that the company made a wrong move. He appeared at a press conference with Gibson’s family in Jackson on Thursday, Feb. 10, 2022.

“They put him back on the same route the next day, he rode for two days, it was too much on him, he couldn’t bear it, and then they sent him home—get this—without pay,” he said. “He’s at home without pay on unpaid leave because he could not handle the stress of going on that same route.”

“They have voluntarily offered to pay for his counseling, which is a step in the right direction, but he also has to live,” he added. “They should immediately institute a paycheck for this man. He’s gone without a paycheck for over a week now, and they need to do the right thing by him.”

“Great news! FedEx has finally checked on D’Monterrio Gibson and has reinstated his pay retroactive to January 31st. He will get paid for last week today! Thanks for calling them out for their insensitivity across the country! They now see the light and have agreed to do the right thing going forward.”

In a statement CNN reported yesterday, FedEx said the company “takes situations of this nature very seriously” and that the company was “shocked by this criminal act against our team member, D’Monterrio Gibson.”

“The safety of our team members is our top priority, and we remain focused on his wellbeing. We will continue to support Mr. Gibson as we cooperate with investigating authorities,” FedEx said.

Gibson, who said he has been working at FedEx since July 15, 2021, explained that Brookhaven police and company officials asked him not to speak with the media about the case during yesterday’s press conference. He added that though he has not had a lot of anxiety, he has had panic attacks in the wake of the incident.

“I am currently getting some therapy to try to manage that a little bit,” he said.

Gibson commented on how mild the police were with the accused, believing that they have been too lenient on the father and son duo—Gregory Case and Brandon Case, allowing them to take some days before they turned themselves in.

“They gave them too much time to hide evidence and to do other things, and they should have been on their case,” Gibson said. “They were too focused on worrying about what people thought about Brookhaven.”

“Like even the (Black police) chief had emphasized that Brookhaven was not racist when that wasn’t even the object at hand,” he added.

Attorney Moore said that he had contacted Assistant Attorney General for the U.S. Department of Justice Civil Rights Division Kristen Clarke, who told him the department is looking into the matter. Moore said the FBI has also flagged the case.

“We also call on the Department of Justice and the Federal Bureau of Investigation to do a concurrent investigation for federal hate crime,” he said. “We believe that this was a racially motivated crime.” 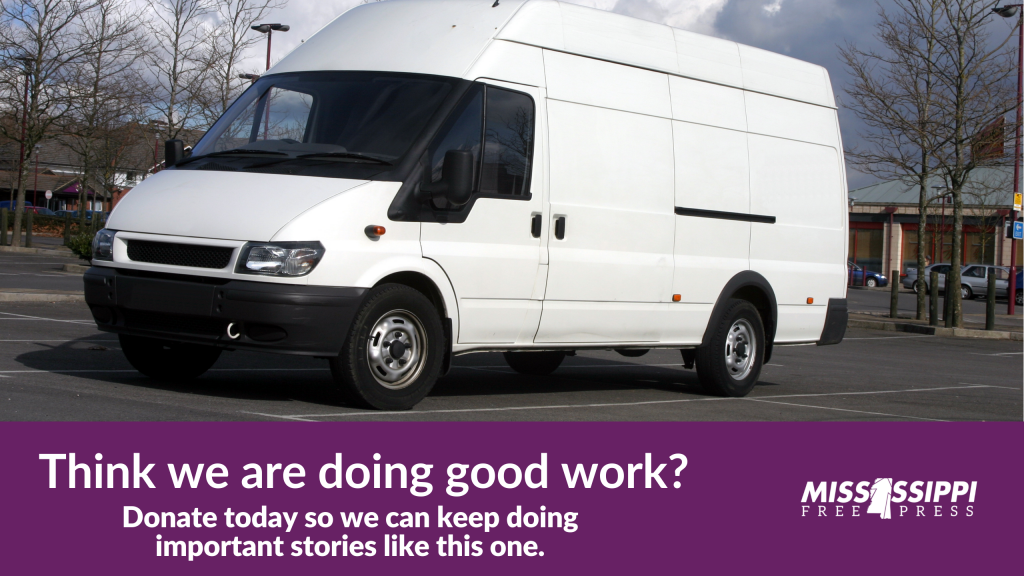 “They clearly could see when he stepped out of the van that he was a Black man, and they chased this Black man who was in a white neighborhood because allegedly he was suspicious while he was doing this job with a clear FedEx uniform on,” he added. “If that’s not racially motivated, I don’t know what is.”

Gibson’s mother, Sharon McClendon, could hardly hold back tears as she complained during the press conference about how the leadership of Brookhaven had handled the matter.

“The amount of anxiety I felt was unbelievable, to know my son could have lost his life on January 24, 2022, due to him simply doing his job and being Black; it was very heartbreaking and traumatizing to me as well,” McClendon said. “The most frustrating part of this situation is that the response from the law enforcement and those in position could care less about right this wrong.”

The Lincoln County NAACP canceled a press conference in Brookhaven last Saturday after more than a dozen Brookhaven Police officers showed up, blocking off roads around the downtown location where local community leaders had planned to speak.

“A fair investigation is what justice demands,” McClendon said Thursday. “From day one, the situation has had many flaws from the police department to the mayor.”

“My son is very much worth fighting for, and I would not allow this to be handled and to go unheard; justice has to take place.”

Carlos said if it were a Black father-and-son duo who shot at a white person, the story would have been different. He said the charge should be attempted murder with bail set for $500,000-$1 million.

“He reported the incident that night then went up to the station the next day, the next morning with his boss from FedEx, and they showed the proof that this van had been shot at, he had been shot,” Moore said. “And yet and still there was no immediate arrest; these individuals were allowed to turn themselves in on or about February the first, then they bonded immediately out, they did not spend one night in jail.”

He said that charging Gregory Case with conspiracy and Brandon Case with shooting into an occupied vehicle was not enough.

“I’ve spoken with the district attorney for Lincoln County, and I have asked him to upgrade the charges and present to the grand jury what this really was—attempted murder, not simply aggravated assault,” he said. “They intended to kill this man. And I think the evidence will show that.”

Another Cochran Firm attorney, James Bryant, also compared the case to what happened to Ahmaud Arbery in Georgia at the press conference. Three white men chased and fatally shot Arbery in 2021.

“We could have had the same situation here,” he said. “What we’ve seen over the last several years is this emboldened white vigilante that believes that he can tell a black man to do whatever he wants.”

Moore said the family requested that the Brookhaven Police recuse themselves from the case with the Mississippi Bureau of Investigation taking over because of the possible relationship of some of the police involved in the case with the white father and son.

“Depending on your color, you can tell pretty much which side the gobble is going to fall,” he added. “We believe based on his testimony and all the evidence, the casings that were found, that (a jury) won’t have any choice but to convict them of attempted murder.”

Gibson said he thought that the number of bullets fired at him was four or five, but an examination of his delivery van revealed it was more than that.

“After they actually fired their initial shots, they proceeded to chase me to the highway,” he said. “So like you failed to kill me the first time, you still chased me at this point.”

“It was just some dark stuff. I’m not sure what’s going on.”

Ashton Pittman contributed to this report.

With your help, we can do even more important stories like this one.
Support the MFP
PrevPreviousBrookhaven’s Black Police Chief Is Blind to Severe Racist Reality
NextAnatomy of Journalistic Impact: FedEx Driver D’Monterrio Gibson’s StoryNext