Dr. Eric Topol on the Shape of the Omicron Variant and Ongoing Delta Spread

With community transmission of the omicron variant of COVID-19 now beginning in the United States, the global medical community is still grappling with the nature of the variant and the effect it may have on the future of the pandemic.

Delta, characterized by an extremely pronounced infectivity, was a shock to the system of countries and regions that had otherwise bent the curve of new infections downward. It sent millions across the globe—including Mississippians—back into the hardest days of the pandemic thus far.

Omicron, which dedicated surveillance first identified in South Africa, has raised alarms as a new potential variant of concern, with many virologists worried that its myriad mutations may kick off yet another wave of COVID-19 infections across the world. While delta’s primary strength lies in its infectivity, it is the possibility for immune evasion that has public-health leadership concerned about omicron.

But a future in which omicron overtakes delta and significantly alters the course of the pandemic is not a guarantee. Data on the infectiousness, the degree of immune escape and the virulence of the virus is still highly preliminary, precluding absolute conclusions on the variant. Some past variants have simply sputtered out under the overwhelming speed of delta’s transmission—a fate omicron must avoid to become the dominant variant.

The Mississippi Free Press spoke with Dr. Eric Topol, founder and director of the Scripps Research Translational Institute in La Jolla, Calif., and an internationally renowned medical researcher and COVID-19 authority, to better understand our rapidly evolving knowledge of omicron and how it might change the future of the pandemic.

Nick Judin: How can we understand how omicron compares to delta in terms of infectiousness, virulence and immune evasiveness?

Eric Topol: Well, we’re going to see the result of lab studies in the coming days whereby we take (samples) from people who’ve been vaccinated and put it in the lab to compare it to the omicron variant, to see if the neutralizing antibodies in most people can take out omicron. That is a really important lab result that is pending. We’ll know that in a matter of days.

There are other lab tests, to assess other properties, but the big one is can neutralizing antibodies attach to omicron as well as prior versions of the virus. It’s quantitative. So we’ll see exactly how, if it’s reduced, how much it’s reduced.

The second thing is where there’s community transmission—as is occurring in the UK—we’ll know, because that’s a background where there’s plenty of delta. So if omicron can get legs with that background, that tells us that it’s going to give delta a run for its money. 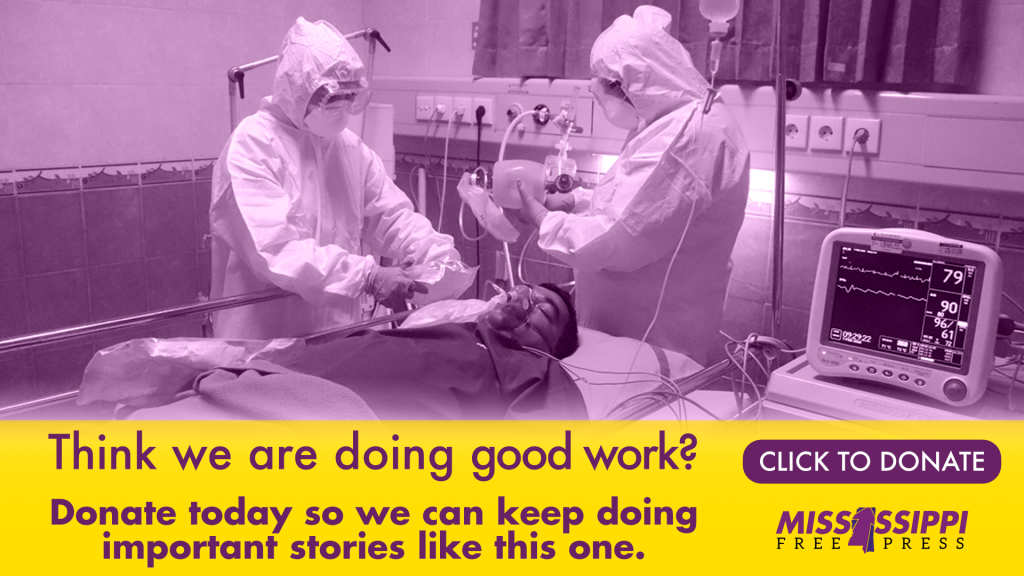 Obviously, we don’t want that. We’re having enough of a tough time contending with delta. We don’t need a new challenger.

If it behaves like the beta variant, which faded away even though it had immune escape features, that would be great. That’s the hope right now.

Delta is a really formidable foe. It’s hard to see how omicron could take its spot as a world-dominant version of the virus, but it’s possible. So those are the two big things that we’re going to learn quickly: within a matter of the next week or so.

We’re still seeing a lot of uncertainty about the characteristics of the omicron variant.

Yes, (but) I think it will play out pretty quickly. We have community transmission in the UK and we’ll know in a couple of weeks whether it can compete with delta. There really wasn’t much delta around in South Africa to get a readout on that.

Beta is likely the closest cousin to omicron, because of (Beta’s) immune evasive properties. And beta couldn’t get legs against delta. It basically just succumbed. omicron could be the same—we don’t know. We’re only going to know from places like the UK, where we have real concurrent transmission. The UK does such a good job in tracking, in contact tracing and genomics that we’ll probably know there first.

We’re not going to (find out) in the U.S. Our capabilities are deficient.

We have the lab studies that are pending. It looks to me that you’ve got some immune evasiveness. That’s the principal issue. And the question is, how much is it? If it’s not that much more than beta, it’s not going to be a big deal.

If it’s a lot more than beta—and we’re talking about both overriding the vaccine immune response to a higher magnitude, and overriding prior COVID infection immunity to a larger extent—if it’s much worse than beta, then we’ll have trouble. But my suspicion is it’s not going to be all that different.

From your mouth to God’s ears.

Yeah. I’m an optimistic person, and I try to look at the bright side, to not get too carried away by all the mutations. Remember, immune evasiveness is not just about neutralizing antibodies. It’s also the T-cell response.

The T-cell response doesn’t really have much dependence on the variant. By and large, T-cells, although they’re not fast, prevent disease that prevent pneumonia and organ spread. And they pretty much can deal with whatever is thrown at them. So that’s good.

Also, the more we look at the 3D structure of the virus, like DeepMind has done in the last year, the more we see how it attaches to neutralizing antibodies. It shouldn’t be a profound difference. We have pretty good AI now to help us see.

Let’s talk more about that T-cell response. What helps our understanding of omicron’s relationship to deeper immunity through T-cells and B-cells, the kind of immunity that provides enduring protection against hospitalization and death?

This is really important, because (so far) acquired infection immunity is powerful, right? I mean, it’s a very good form of immunity. It’s very different from vaccine immunity. It scans the whole virus and it’s potent. Against a single dose of vaccine, it’s clearly more durable. Prior to the variants coming along, such as delta and now omicron, it held up very well, in many respects even against the two-dose vaccines.

That’s why it’s vital that everyone with an acquired infection of COVID gets additional protection with at least one shot, if not two. Omicron is going to be another proof point for that. We’ve already seen that with delta, with Beta. How much more proof do we need?

Our conclusions on omicron’s virulence—the severity of its symptoms—seem limited. What’s your understanding as of now?

I think the best read we have on that is, although there’s of course clinicians in South Africa that have stated they feel it is more mild, we now have a lot more cases since the first crop. We know that there has been a pattern of hospitalizations, which is similar so far than with what we’ve seen with other variants—especially this hospitalization that we’re seeing in Gauteng Province in South Africa.

So far, overall, it doesn’t appear to be more virulent. There’s no signs of that. And it looks like it’s a similar pattern (to other variants.) We’ll know more about that soon too.

But I’m not worried that we have some new (more) deadly strain, some doomsday variant, and there’s nothing to suggest something like that.

Is there anything else that we need to be on the lookout for when we’re trying to understand omicron and how this changes the shape of the pandemic?

I think at this point even though there’s lots of attention placed on omicron, it’s really wrongly suited.

Our problem is delta. We can’t even get that under control. I mean, we’re going through a second major delta surge. We never recovered from the first one! Now we’re back up, and we had 130,000 plus cases yesterday. We had over 2,000 deaths. We have 57,000 people in the hospital again, and we’re heading north of that again.

Everybody’s interested about this variant, which may not even play out to be especially important, if it fades away like beta, which is possible. But we’re not doing enough to get a grip on the containment of delta.

And that’s the real problem, right?

This interview is condensed and edited for clarity.

With your help, we can do even more important stories like this one.
Support the MFP
PrevPrevious‘King Richard’ Star Aunjanue Ellis Joins MFP for Exclusive Conversation, Donor Event
NextGaley’s Pictures Prompt ‘Adventures in the Imagination’ at The MAXNext