Mississippi leaders reflected this morning on the life of Colin Powell, the four-star general who served as the nation’s first Black secretary of state, after news of his death broke this morning.

“We should all offer prayers for his family. Rest in heavenly peace,” Thompson, the only Black member of this state’s congressional delegation, said in a tweet this morning.

In a statement this morning, U.S. Sen. Roger Wicker described Powell as “the embodiment of the American dream.”

“The son of Jamaican immigrants, he went to college on an ROTC scholarship and rose to become one of the most consequential leaders of our time. I am fortunate to have known him,” Wicker said. “Apart from his official public service, he was an inspiration to many, including me, in his role as Founding Chairman of America’s Promise Alliance, which encourages young Americans to take full advantage of our country’s unique opportunities. The United States and the world community have lost a giant.”

Powell’s family announced that the former secretary of state had died of complications from COVID-19 after undergoing treatment for multiple myeloma at Walter Reed National Military Medical Center. Multiple myeloma is a cancer of the blood plasma, a disorder in the immune system that directly compromises the body’s ability to develop an effective immune response to infections like COVID-19.

At 84, Powell was well above the age of concern for grave outcomes from COVID-19, generally considered to be age 65 or above. Older, immunocompromised adults are also the most likely to have severe breakthrough cases after vaccination.

The New York Times reported that a study from late July examined outcomes for multiple myeloma patients after vaccination, finding that the disorder severely impaired the efficacy of all vaccines tested.

“Only 45% of active (multiple myeloma) patients developed an adequate response, while 22% had a partial response. Lower spike antibody levels were associated with older age, impaired renal function, low lymphocyte counts, reduced uninvolved immunoglobulin levels, second line of treatment, and among those not in complete remission,” the study reads.

Powell’s family did not disclose if he had received a booster shot prior to his passing.

In Mississippi, between Sep. 17 and Oct. 14, Mississippi State Department of Health data shows only 6% of all infections come from breakthrough cases in the fully vaccinated, which now covers 54% of adult Mississippians. Conversely, 13% of hospitalizations and 11% of deaths are in breakthrough cases. Public-health officials have explained that these higher proportions are the result of a significantly more vaccinated elderly and immunocompromised population, the group most likely to develop serious, life-threatening complications after COVID-19 infection.

A Vietnam War veteran, Powell served as the 65th U.S. secretary of state from 2001 to 2005 under President George W. Bush. During his tenure at the U.S. State Department in February 2003, Powell backed the president’s push to go to war in Iraq based on false claims that Iraqi dictator Saddam Hussein possessed weapons of mass destruction. The secretary’s sterling reputation helped persuade a majority of Congress and the American people that war was necessary.

A year-and-a-half into the war, however, Powell told Congress in September 2004 that the intelligence that served as the basis for the war was faulty and that it was unlikely Hussein ever had WMDs. Two months later, Bush fired Powell just eight days after winning re-election in November 2004. Bush appointed Condoleeza Rice, who became the second Black U.S. secretary of state and first Black woman to hold the role, to replace him.

After being floated as a possible running mate for Republican presidential candidate John McCain in 2008, Powell surprised political observers when he endorsed Barack Obama’s campaign that year, calling the future first Black president a “transformational figure.”

The Republican former secretary of state cited anti-Obama conspiracy theories, such as the theory that he was secretly “a Muslim,” as a sign that “the approach of the Republican Party has become narrower and narrower.”

“(Obama) is a Christian—he’s always been a Christian. But the really right answer is, what if he is? Is there something wrong with being a Muslim in this country? The answer’s no, that’s not America,” Powell said in 2008.

‘A Good Man Who Inspired Many’

Like Roger Wicker, Mississippi’s other U.S. senator, Cindy Hyde-Smith, offered condolences this morning, calling Powell “a lifelong servant to our nation” who “will be missed by many.” Brice Wiggins, a Pascagoula Republican who serves in the Mississippi Senate, called Powell “a wonderful American, military hero” and “true leader.”

“‘Remain calm. Be kind.’ One of former U.S. Secretary of State Colin Powell’s 13 rules to live by,” Mississippi Lt. Gov. Delbert Hosemann, a Republican, tweeted today. “General Powell was a true public servant, a leader in diplomacy, and a family man at heart. His leadership will be missed.”

National NAACP President Derrick Johnson, a Mississippian, also offered a tribute to Powell, who held the distinction as the highest ranking Black man or woman in U.S. history until President Obama’s ascent to the presidency in 2009. Johnson praised Powell for “a life of honor and integrity,” calling him “a good man who inspired many.”

Gen. Colin Powell lived a life of honor and integrity. A four-star general, the first Black US Secretary of State, and an NAACP Spingarn Medal recipient. He was a good man who inspired many.

Our thoughts and prayers are with his family and loved ones during this time. pic.twitter.com/b7zhGdCOT3

Mississippi Public Service Commissioner Brandon Presley, a Democrat who serves the northern district, called Powell “a true statesman who put country above party and who gave inspiration to millions.”

Despite remaining a Republican for most of the remainder of his life, Powell continued to endorse Democrats in subsequent presidential elections, including Obama’s 2012 re-election, Hillary Clinton’s 2016 campaign and Joe Biden’s campaign against former President Donald Trump last year.

After Trump’s unfounded claims of election fraud led to the deadly U.S. Capitol insurrection in January, Powell told CNN that he no longer considered himself a Republican. GOP lawmakers, he told CNN, “should have known better” than to support Trump, but “none of them wanted to put themselves at political risk.”

In January 2021, all Mississippi Republicans except Wicker voted for Trump’s failed attempt to retain by power by overturning the 2020 election even after the Capitol Insurrection. Wicker and Hyde-Smith also voted against establishing an independent commission to investigate the Jan. 6, 2021, attacks. All Mississippi House Republicans voted against establishing the congressional select committee led by Rep. Bennie Thompson that is now investigating the insurrection.

The Republicans in Mississippi’s congressional delegation, including Wicker and Hyde-Smith, supported Trump throughout his presidency. All three U.S. House Republicans from Mississippi voted against impeaching him during both of his impeachments. Likewise, Wicker and Hyde-Smith both voted to acquit Trump during each impeachment trial. Brice Wiggins, the Republican state senator who tweeted his condolences for Powell today, was one of only a few Trump-critical GOP voices in Mississippi.

“You know I’m not a fellow of anything right now,” Powell told CNN after the Jan. 6 insurrection. “I’m just a citizen who has voted Republican, voted Democrat, throughout my entire career, and right now I’m just watching my country and not concerned with parties.”

Before he became secretary of state in 2001, Powell served as U.S. national security adviser under President Ronald Reagan from 1987 to 1989 and as the twelfth chairman of the joint chiefs of staff under Presidents George H.W. Bush and Bill Clinton from 1989 to 1993. 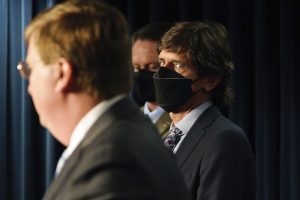 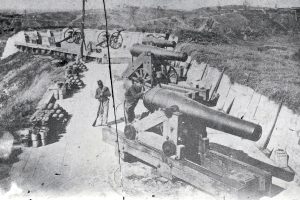 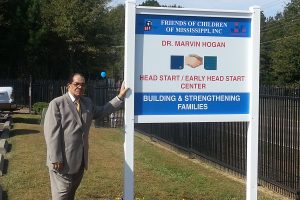 With your help, we can continue telling important stories like this one. Right now, a combination of matches from NewsMatch 2021, the Jonathan Logan Family Foundation and Mississippi donors are tripling your gifts. Click the donate button to triple your impact!
Support the MFP
PrevPrevious‘Take 5’: Opera Mississippi Pays Tribute to Jazz Icon Dave Brubeck Early In 2021-2022 Season
Next‘Leading-Edge Work’: Mississippi Free Press ‘Startup of the Year’ Due to Innovation, Inclusivity, TeamNext