Abortion-rights activists are alarmed after the U.S. Supreme Court allowed a Texas law that bans almost all abortions to go into effect today, but caution that it does not necessarily foreshadow how the court will decide an upcoming Mississippi case that could determine the fate of Roe v. Wade.

The Lonestar State Law, Senate Bill 8, bans abortions after a fetal heartbeat becomes detectable, which usually happens around the sixth week of pregnancy. Texas Gov. Greg Abott signed S.B. 8 into law in May. In July, abortion-rights groups sued to block the law, but the 5th U.S. Circuit Court of Appeals cancelled a lower court’s preliminary injunction.

On Aug. 30, S.B. 8 opponents filed an emergency request asking the U.S. Supreme Court to block the law by reinstating a preliminary injunction before its Sept. 1 effective date. The midnight deadline passed with no response from the Supreme Court, and the Texas abortion ban took effect today.

“Today’s silence from the Supreme Court greenlit Texas to implement their six-week ban and has made Roe v. Wade effectively issued a dead letter in Texas—without ever ruling on the constitutionality of the ban,” Center for Reproductive Rights Senior Staff Attorney Hillary Schneller told the Mississippi Free Press in a statement on Sept. 1. “Texas’ ban is different than other abortion bans, including Mississippi’s bans, because it allows private individuals to enforce the ban rather than state officials.”

Schneller was referring to laws that Mississippi adopted in 2018 and 2019, including a 15-week abortion ban and Mississippi’s own version of a fetal heartbeat law that would effectively operate as a six-week ban. A federal judge and a three-judge 5th Circuit panel blocked both laws from taking effect, saying they were bound by the U.S. Supreme Court’s 1973 Roe v. Wade precedent.

The nation’s high court will hear a case on the 15-week ban during its new term that begins in October. That case, Dobbs v. Jackson Women’s Health Organization, will give the court’s nine justices an opportunity to reconsider Roe v. Wade’s central holding that women have the right to obtain an abortion before a fetus becomes viable outside the womb. In July court filings, the State of Mississippi asked the U.S. Supreme Court to overturn Roe v. Wade.

Mississippi’s 2018 law, known as the Gestational Age Act, includes fines and civil penalties, such as license revocation or suspension, for physicians who perform any abortion after the 15th week of pregnancy with no exceptions for rape or incest. The Magnolia State’s later 2019 fetal heartbeat law includes similar civil penalties. But the 2021 Texas ban uses a different enforcement mechanism.

“S.B. 8, the Texas law, added a new wrinkle to the so-called heartbeat laws that have become standard fare in conservative states,” Florida State University law professor Mary Ziegler, a Roe v. Wade expert, wrote in a SCOTUS Blog article today. “While most of these states criminalized abortion at the point at which physicians can detect fetal cardiac activity (usually around the sixth week of pregnancy), Texas stressed that no state official could enforce its ban. Instead, the state outsourced the job to private citizens—anyone in the state could sue an abortion provider who violated the ban, secure at least $10,000 in damages, and request a court order to stop the doctor from doing it again.

“The goal was to evade court rulings blocking the law’s enforcement before it took effect (and to avoid the hefty attorneys’ fees that other states with heartbeat laws have forked out to defend against those pre-enforcement laws).”

The court’s lack of action on S.B. 8, Ziegler wrote, “does not as obviously contradict” the Roe v. Wade precedent as directly overturning it in the Mississippi case would, Ziegler explained in the post, adding that its “silence cannot tell us whether the court will reverse Roe openly (next) June or in a subsequent decision.” (June is when the U.S. Supreme Court traditionally releases opinions on cases after hearing them in the fall).

The American Civil Liberties Union estimates that about 85% to 90% of people who obtain abortions in Texas “are at least six weeks into pregnancy.”

“S.B. 8 bans abortions after six weeks into a pregnancy—before most people even know they’re pregnant—and creates a bounty-hunting scheme that encourages the general public to bring costly and harassing lawsuits against anyone who they believe violated the ban. … Anti-abortion groups in Texas have already set up online forms enlisting people to sue anyone they believe is violating the law and encouraging people to submit ‘anonymous tips’ on doctors, clinics and others who violate the law,” the ACLU said in an Aug. 30 statement.

With S.B. 8 now in effect, the distance that the average person seeking an abortion must drive has increased 20-fold, from about 12 miles to 20 miles, the Guttmacher Institute estimates.

In a statement today, President Joe Biden called the law “outrageous,” saying it “deputizes private citizens to bring lawsuits against anyone who they believe has helped another person get an abortion.”

In a separate statement, Vice President Kamala Harris said the law will “dramatically reduce access to reproductive care for women in Texas, particularly for women with low incomes and women of color.”

The League of Women Voters of Texas raised similar concerns about “racial and economic justice” in a statement today, saying laws like S.B. 8 are part of a system of “upholding and perpetuating income inequality an white supremacy.”

‘What Starts In Texas Doesn’t Stop There’

In a press release today, the Mississippi Abortion Access Coalition said the Texas law “opens a Pandora’s box of litigation, allowing anyone, anywhere, to sue anyone who assists a person accessing abortion care.”

“A roommate can sue a private transportation service for driving a person to a clinic. A former brother-in-law can sue the doctor for providing essential care. It will even let strangers sue, allowing an anti-abortion protestor to sue an abortion fund for providing financial support for an abortion, childcare, or a hotel room while traveling the hours many are forced to drive to receive care,” the coalition said.

The group stressed that S.B. 8 “does not apply to abortion in Mississippi” and that the procedure “is still legal and available here” at the state’s sole remaining abortion clinic in Jackson.

“We know that what starts in Texas doesn’t stop there, just as what starts in Mississippi impacts the nation,” the statement said. “Texas recycled the abortion ban from others and the individual enforcement mechanism could easily spread to other states during future legislative sessions. Mississippi Abortion Access Coalition member organizations are carefully monitoring the legislature for similar legislative actions in our state.”

‘It Does Not Directly Impact Dobbs’

The Washington, D.C.-based Center For Reproductive Rights is representing Mississippi’s only abortion clinic, the Jackson Women’s Health Organization, in the Dobbs case. In Schneller’s statement to the Mississippi Free Press this evening, the organization agreed that the court’s inaction on S.B. 8 does not necessarily mean it is prepared to end Roe v. Wade when it rules on Mississippi’s 15-week ban.

“Although today’s silence from the Supreme Court is devastating to abortion access in Texas, it does not directly impact Dobbs v. Jackson Women’s Health Organization, which remains before the Supreme Court. It also does not directly impact Mississippi’s 6-week ban, which remains blocked as a result of a preliminary injunction ordered by the district court in 2019 and affirmed by the Fifth Circuit in 2020,” The statement said.

The district court has yet to issue a final judgement or a permanent injunction in the case on Mississippi’s six-week ban, meaning the possibility remains that any decision on it could also be appealed to a higher court at a later date, including the U.S. Supreme Court.

In a statement today, the Susan B. Anthony List, an anti-abortion organization that endorsed Fitch’s 2019 campaign for attorney general, called the Supreme Court’s inaction on S.B. 8 “a historic moment in the fight to protect women and children from abortion.”

“With the Dobbs case on the horizon, we hope that the court is finally ready to let this debate move forward democratically, restoring the right of states to protect our most vulnerable brothers and sisters,” the Susan B. Anthony List said.

In a 2011, Mississippi voters rejected the Personhood Amendment, which would have banned abortions are the moment of fertilization with no exceptions, in a 58-41 vote. In the decade since, though, Mississippi lawmakers have repeatedly passed other abortion restrictions that federal courts subsequently blocked. But anti-abortion state lawmakers believed former President Donald Trump’s U.S. Supreme Court picks presaged a change in the high court’s views on abortion.

“With a fifth conservative taking the seat of Justice Kennedy, who was considered a moderate on the court, I think a lot of people thought, finally, we have five conservative justices, and so now would be a good time to start testing the limits of Roe,” Fillingane said in 2019 when the Legislature was considering the six-week ban.

A year later, in October 2020, conservatives gained a sixth Republican-appointed justice when Trump appointed Amy Coney-Barrett, who has a history of supporting anti-abortion causes, to replace the late Justice Ruth Bader Ginsburg. 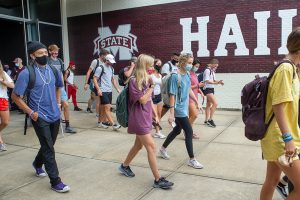 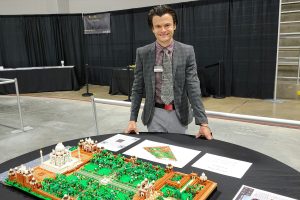 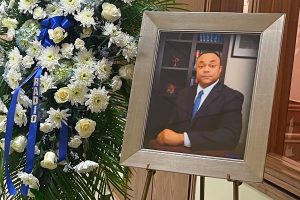 Support the MFP
PrevPreviousJournalist William Huie Concealed Lynchers in Emmett Till Case and Got Away With It
NextWhere The Devil Comes In: Income Tax on Trial at the Mississippi LegislatureNext