“There are potential toxicities. So it’s something, you know, as you know, I think some people are trying to use it as a preventative, which I think is really kind of crazy. So please don’t do that,” Mississippi State Health Officer Dr. Thomas Dobbs said during a discussion on Zoom today.

MSDH later confirmed to Mississippi Free Press reporter Nick Judin that the person was hospitalized in the state for ivermectin toxicity, but it is not clear whether or not the new patient was a resident. MSDH did not reveal when the incident happened or the patient’s current condition.

Despite a lack of scientific evidence that ivermectin is effective at treating COVID-19, it has become a popular go-to drug in some circles, especially among opponents of COVID-19 vaccines and public-health measures like masking. It’s a similar phenomenon to the push last year for COVID-19 patients to take hydroxychloroquine despite studies finding it ineffective against the virus.

“You know, for the life of me, I don’t get it. Dr. Dobbs, you have a vaccine that’s safe and effective. And yet people, as opposed to getting the vaccine, want to go after these kinds of things,” MSDH Communications Director Liz Sharlot said during today’s Zoom discussion. “What’s your thought process on that?”

Dr. Dobbs urged Mississippians to talk to their doctors.

“You know, please work with your doctor. This is medical treatment. You wouldn’t get your chemotherapy at a feed store,” the state health officer said. “I mean, you wouldn’t want to treat your pneumonia with your animal’s medication. It can be dangerous to get the wrong doses of medication, especially for something that’s meant for a horse or a cow. So we understand the environment we live in. But it’s really important if people have medical needs to go through your physician or provider.”

After this report published, the Mississippi State Department issued a health alert warning about an increase in ivermectin poisoning incidents.

“The Mississippi Poison Control Center has received an increasing number of calls from individuals with potential ivermectin exposure taken to treat or prevent COVID-19 infection,” the alert said. “At least 70% of the recent calls have been related to ingestion of livestock or animal formulations of ivermectin purchased at livestock supply centers. 85% of the callers had mild symptoms, but one individual was instructed to seek further evaluation due to the amount of ivermectin reportedly ingested.”

Later, on Wednesday, Aug. 25, Mississippi State Epidemiologist Dr. Paul Byers clarified the earlier MSDH health alert, saying that 70% of ivermectin-related calls to Poison Control were about the livestock version of ivermectin, not 70% of all recent Poison Control calls. A source at Poison Control told the Mississippi Free Press that the agency has nevertheless fielded dozens of calls about ivermectin in recent weeks and that at least two people have been hospitalized due to ingesting livestock ivermectin.

Though the U.S. Food and Drug Administration has approved ivermectin to treat people with conditions caused by parasitic worms and external parasites like head lice, the FDA warns that the forms of ivermectin used to treat animals are not the same product. 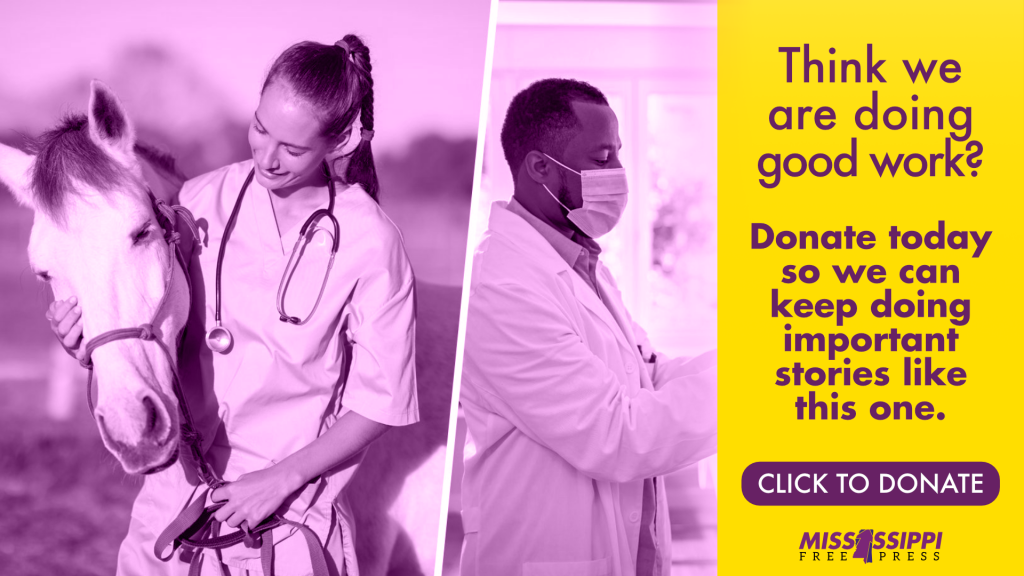 “For one thing, animal drugs are often highly concentrated because they are used for large animals like horses and cows, which can weigh a lot more than we do—a ton or more,” the FDA wrote in a March 2021 notice. “Such high doses can be toxic in humans.”

But taking human-approved doses of ivermectin for “unapproved use” and without proper medical oversight “can be very dangerous,” the agency warned.

“There’s a lot of misinformation around, and you may have heard that it’s OK to take large doses of ivermectin. That is wrong,” the FDA said. “Even the levels of ivermectin for approved uses can interact with other medications, like blood-thinners. You can also overdose on ivermectin, which can cause nausea, vomiting, diarrhea, hypotension (low blood pressure), allergic reactions (itching and hives), dizziness, ataxia (problems with balance), seizures, coma and even death.”

Aside from getting the COVID-19 vaccine to prevent infection or severe illness, MSDH has urged Mississippians who do test positive to immediately speak with their health-care providers about getting monoclonal antibody antibody infusion treatments. Studies have found that the infusions can prevent as many as 70% of mild cases of COVID-19 from escalating into severe illnesses that result in death or require hospitalization.