Mississippi House Rep. Michael Guest, who represents Mississippi’s third congressional district, was one of the just 35 Republicans in the U.S. House to vote in favor of a bipartisan commission to investigate the Jan. 6 insurrection. The House passed the bill 252 to 175, with all Democrats voting in its favor.

“I believe the long conversations that have happened over the last few months have produced a commission that is fair and is structured to find actions that Congress can take to prevent another such attack,” Guest said in a statement that his office shared with the Mississippi Free Press.

In the statement, which Mississippi Today’s Will Stribling first reported, Guest said Congress “needs answers to questions surrounding the events of Jan. 6.”

‘The Gold Standard For Bipartisan Commissions’

Mississippi’s other two Republican House representatives, Reps. Steven Palazzo and Trent Kelly, voted against the bill. In January, though, all three of Mississippi’s Republican congressmen voted in favor of Trump’s failed attempt to overturn the election results in several key states; the three also voted against convicting Trump for inciting the Jan. 6 insurrection.

“When the defenses around the citadel of our democracy fail as badly as they did on Jan. 6, attention must be paid. … H.R. 3233 authorizes the establishment of a 10-member commission that mirrors the 9/11 commission, the gold standard for bipartisan commissions,” Rep. Thompson said in a House floor speech on Wednesday.

“If the Democrats move forward on a January 6 Commission without Republican support, the Americans will see their ‘findings’ for what they are: a partisan hit job on President Trump,” he wrote, ignoring Guest and others who support the legislation.

The top House and Senate Republican leaders have come out against the bill despite Thompson and Katko’s successful negotiations.

“While the Speaker has wasted time playing political games, numerous Congressional and intergovernmental agency efforts have picked up the slack,” House Minority Leader Kevin McCarthy said in a statement.

McCarthy’s comments were a marked contrast from the views he expressed years ago about a raft of investigations focused on former Secretary of State Hillary Clinton. After the 2012 Benghazi consulate attack, House Republicans launched five investigations into the Benghazi attacks, in which four U.S. diplomats died. Congress ultimately spent more time investigating Benghazi than it had spent on the 9/11 investigations years earlier.

“What you’re going to see is a conservative speaker, that takes a conservative Congress, that puts a strategy to fight and win,” McCarthy bragged on Sean Hannity’s Fox News program in 2015 at a time when he was considered the most likely candidate to become the new Republican House Speaker. “And let me give you one example. Everybody thought Hillary Clinton was unbeatable, right? But we put together a Benghazi special committee. A select committee. What are her numbers today? Her numbers are dropping.”

‘Apathy Is Not A Security Strategy’

Publicly, McCarthy says the commission should explore a vast array of political violence, including at Black Lives Matter protests—not just the Jan. 6 attack. But CNN reported earlier this week that McCarthy is “concerned” that the commission could call him to testify under oath about conversations he had with former President Trump on the day of the Capitol attacks. Republican Senate Minority Leader Mitch McConnell has also come out against the commission.

“Apathy is not a security strategy, and neither are ignorance and willful disregard,” Rep. Thompson said in his speech on the House floor on Wednesday. “After such a shocking attack, nothing but a full accounting of what took place will put us on the path to improving our homeland security.”

The Jan. 6 commission bill will likely need a filibuster-proof 60-vote majority to pass the Senate. Mississippi’s two U.S. senators, Republicans Roger Wicker and Cindy Hyde-Smith, have not announced where they stand on the investigation. On Jan. 6, after the Capitol attack, Wicker did not join Hyde-Smith as she voted in favor of Trump’s failed attempt to overturn the election results. Both voted to acquit Trump in his Senate trial for incitement of insurrection. 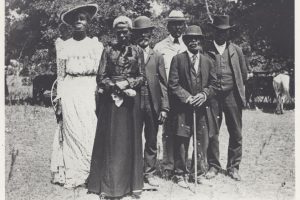