Nick Judin began his career in journalism at the Jackson Free Press in 2019, coming on as State Reporter to cover the 2020 legislative session. That posting quickly gave way to a year leading the JFP’s COVID-19 coverage. Nick’s reports from the frontline of coronavirus have repeatedly made national headlines, as he has asked hard questions of state leadership and done critical interviews with the state’s top public-health experts. Email the Jackson, Miss., native at nick@mississippifreepress.org and follow him on Twitter at @nickjudin. 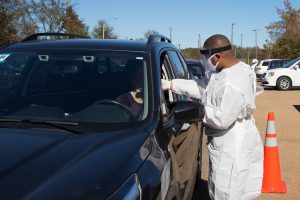 Gov. Tate Reeves announced on Feb. 9 that more Mississippians had received at least one shot of vaccine than have ever contracted COVID-19, the first of many milestones in the long road toward exterminating the virus in the state. Vaccinations have crested at 288,699, and second shots are rapidly following, with 81,790 delivered in total. The state’s population is just under 3 million. Census estimates from 2019 peg the over-18 population, the core demographic for vaccinations, at 2,276,754, leaving just under 2 million Mississippians left to receive shots. 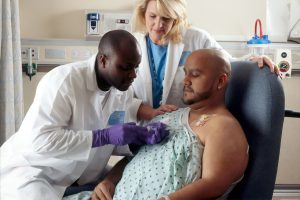 Mississippi may soon have a new class of independent primary-care providers, if the Legislature elects to end a long-standing oversight requirement for its nurse practitioners. The deregulation move would affect more than 4,250 general practitioners across the state, reducing the costs to practice and potentially aiding the state’s widespread primary-care deserts. 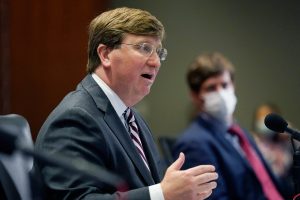 Racial Disparities in Vaccinations Continue in Mississippi As COVID-19 Declines

Positive signs are emerging in Mississippi’s fight against COVID-19, with a continued decline in case transmission and new hospitalizations paired with an increasingly effective vaccination program. But racial disparity in the delivery of the vaccine remains an issue the state has yet to solve. 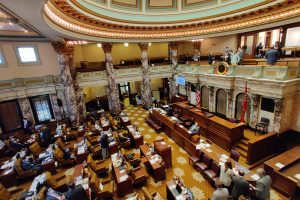 At the Capitol: Lawmakers Flirt with Purges of Registered Voters, Felony Convictions

As Mississippi’s 2021 legislative session unfolds, two currents are competing to respond to 2020’s tumultuous election. One seeks to expand voting access, dismantling barriers for voter registration, the casting of absentee ballots and the return of the franchise to previously incarcerated residents. The other current is far more punitive and is more popular with the state’s supermajority Republican Party that controls the Governor’s Mansion and both chambers at the Capitol. 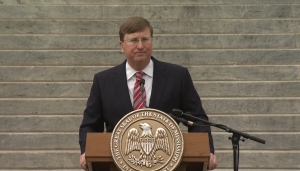 In his annual State of the State address Tuesday, Gov. Tate Reeves memorialized a long, cruel 2020 from the steps of the Mississippi Capitol. Behind the governor lay nearly a year of an uncontained pandemic and a hospital system just beginning to contain the crush of the virus’ worst wave. Still, Reeves struck an undeniably triumphant note with his address. 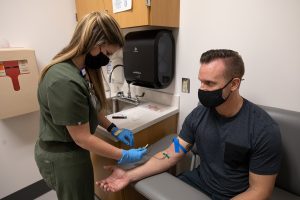 ‘37,000 A Week, That’s It’: Without New Vaccines, Supply Would Take 57 Weeks to Reach All Mississippians

Mississippi is set to receive 37,000 first doses of COVID-19 vaccine each week, mostly intended for Mississippi State Department of Health drive-through clinics, putting a long road ahead of the effort to reach herd immunity through vaccination. At that vaccination rate, it would take roughly 57 weeks to fully vaccinate the population of the state, just over a year and a month in all. 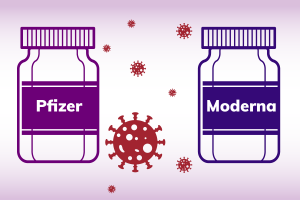 How to Survive the Coronavirus: COVID-19 Vaccines Explained 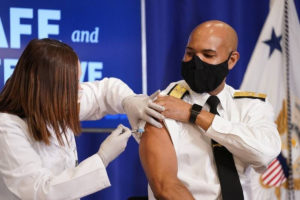 Like most residents of the state’s long-term care facilities, Adam Booker is part of a distinctly at-risk community in the COVID-19 pandemic. Yet due to extended delays in delivering the vaccine, Booker is not sure when he’ll receive his first shot. The ponderous delay is baffling to him. 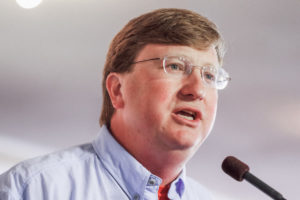 Mississippi’s rapidly shifting vaccination plan has hit a sudden roadblock: All doses allocated to the Mississippi State Department of Health’s public delivery system have been accounted for, putting an end to public access to new doses of the vaccine, outside private clinics, until February.