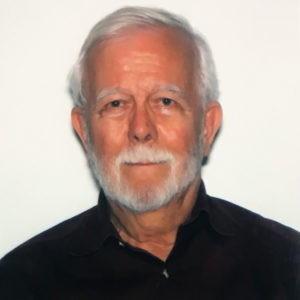 Insurrection: An organized opposition to authority; a mutiny; a rebellion – Oxford English Dictionary

What we saw Wednesday, Jan. 6, at the U.S. Capitol was not a demonstration; it was an insurrection. I make this statement based on my personal experience with four instances of civil unrest, demonstrations and insurrection. I was an FBI agent for 31 years including service in New York City, Washington, D.C., and Jackson, Miss.

On Sept. 30, 1962, I was in my first week of law school at the University of Mississippi. That is the day James Meredith, an African American, arrived on the all-white campus to enroll as an Ole Miss student. I was 22 years old, dreaming of becoming an FBI agent.

That weekend many people came to Oxford, both from inside the state and outside, in an attempt to prevent Meredith’s registration. On Sunday night they poured onto campus and began to destroy university property, burn cars, and physically assault U.S. Marshals and National Guardsmen. Two men, one a French journalist, were murdered at close range by pistol shot. This was not a demonstration; this was not a riot; this was insurrection.

Hit in the Face with a Viet Cong Flag

After joining the FBI, I was assigned to the Washington Field Office in the late ‘60s and early ‘70s when there were many anti-Vietnam War demonstrations. I particularly remember May Day 1971 when anti-war demonstrators attempted to “shut down the government.” My memories include walking beside protesters who were carrying bricks and being hit in the face with a Viet Cong flag.

More than 11,000 demonstrators were arrested but later released without charges. In retrospect and with the benefit of life experience, I would classify this as an exercise of First Amendment rights.

A similar experience was the takeover of the Oakdale, La., federal prison by disgruntled inmates. My FBI SWAT colleagues and I joined members of the national FBI Hostage Rescue Team (HRT) to contain the riot and negotiate a peaceful end. This clearly was a riot.

Then, as a result of the Los Angeles “Rodney King” riots in 1992, we (SWAT and HRT) traveled into harm’s way to bring peace to a troubled city. Though the riot was over by the time we got there, our presence was designed to keep it from happening again. I classify this as a revolt against unfair judicial process.

An Attempted Coup to Subvert  Democracy

What I watched Wednesday in Washington was an act of insurrection. It was an attack on democracy, an attempted coup to subvert democracy by mob rule and violent behavior. It came as a result of failed national leadership.

A “terrorist” is defined as anyone who uses intentional violence as a weapon in a political struggle. There are reports of 11 Molotov cocktails, nine guns and two pipe bombs found on Capitol grounds this week, left there by these criminals. These “domestic terrorists” killed one Capitol Police officer, Brian Sicknick.

Look at the faces of our Legislators, the Capitol Police officers and the congressional staff. Were they terrified? Yes, they were. Look at the Capitol Police cfficers with drawn guns, protecting our legitimately elected congressmen and senators from the violent mob. It was a mob made up of both deluded citizens and extremist criminals; both groups share the blame and guilt for destruction of the legislative process.

Was this “mob rule” or “terrorism?” The U.S. has no federal statute against domestic terrorism. Had the insurrectionists on Jan. 6 been Muslim, officials would have identified them as “terrorists.” Were the people invading the Capitol “terrorists?” Yes, they were.

Solutions for a Total Failure of Preparation and Command

What can we as concerned citizens do to prevent a similar breach of lawful authority like we saw at the U.S. Capitol, the “People’s House”?

We must identify and hold accountable those law-enforcement agencies and personnel who had responsibility for gathering intelligence and planning the appropriate response. Wherever that failure lies, an insurgent was killed needlessly. Responsibility for this death, and not just the Capitol policeman firing the shot, should be determined and appropriate discipline taken.

We must identify and hold accountable those law-enforcement agencies and personnel who had responsibility for gathering intelligence and planning the appropriate response. Wherever that failure lies, an insurgent was killed needlessly. Responsibility for this death, and not just the Capitol policeman firing the shot, should be determined and appropriate discipline taken.

In my judgment, the U.S. Capitol Police are most at fault. The Associated Press reported that three days before the riot, the Pentagon asked the Capitol Police if they needed National Guard manpower. The answer was no. And as the mob entered Capitol grounds the FBI offered assistance. Again, the answer was no.

Again, the answer was no.

There was a total failure of preparation and command for this event. Lines of authority and lines of responsibility must be determined and officials held accountable. One Capitol Police officer was killed, beaten to death by the mob. What explanation do you give his family because you failed in your duty?

There are 24 law-enforcement agencies present in Washington, D.C. All need to be brought into the equation.

Congress must legislate a “Domestic Terrorism” statute, modeled on the International Terrorism Statute 18 U.S. Code 2331, which says in part (1) the term “international terrorism” means activities that (A) involve violent acts or acts dangerous to human life that are a violation of the criminal laws of the United States or of any State, or that would be a criminal violation if committed within the jurisdiction of the United States or of any State; (B) appear to be intended (i) to intimidate or coerce a civilian population; or (ii) to influence the policy of a government by intimidation or coercion.

The violent events that took place in the nation’s capital on Jan. 6 could be a prelude to other violent attempts to subvert legal authority anywhere in the nation. We’ve seen it before. It happened in 2014 with an armed confrontation between law enforcement and ranchers in the Cliven Bundy standoff in Nevada; the 2015 Priest River Idaho standoff; and the 2016 Malheur National Wildlife Refuge Oregon standoff. The showdowns were all between legitimate law enforcement and white right-wing extremists.

A very clear definition must be made between legitimate expression of free speech and criminal activities with assured punishment of criminal perpetrators.

All of us, liberal and conservative, have to learn to communicate, peacefully express our political views and find ways to be inclusive of all sides. We have to work out our differences in a lawful manner. And we must hold those individuals, both public officials and private citizens, accountable for their actions.

Avery Rollins is a retired FBI Agent with 31 years of service where he was trained as a firearms instructor and anti sniper. In his career he was involved in two shootings including one fatal shooting for which he received the FBI Shield of Bravery. Avery is a sixth-generation Mississippian and lives in Madison, Miss.
All Posts

With your help, we can do even more important stories like this one.
Support the MFP
PrevPreviousLike Islands and Nebulas: Mississippi Abstract Artist’s Work Connects with Fans Worldwide
NextFacing Responsibility After U.S. Capitol Riot: I Was Too Cowardly to Speak the TruthNext