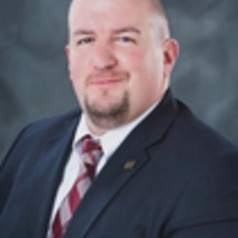 As Americans watch the Electoral College process of choosing a president continue to play out, they may be unaware that voters in Mississippi just decided to get rid of a similar system in their state.

Like the national system of electors, the Mississippi system had its roots in both a racist election process and the desire to protect the needs of rural residents from being ignored or overruled by city dwellers.

This requirement has been cited as reducing the chances for nonwhite candidates to be elected to statewide office. In a state where 56% of the population is white—the rest are Black, Hispanic, Asian, Native or multiracial—66% of the House districts are majority white.

The state House has made the decision only a small number of times, and just once at the level of the governor’s race. In 1999, then-Lt. Gov. Ronnie Musgrove, a Democrat, defeated Republican Mike Parker in a very tight contest. Musgrove won a plurality of the statewide popular vote, 49.6% to 48.5%.

But each candidate won 61 of the House districts, sending the decision to the state House of Representatives. At that time, Democrats held 84 seats, ensuring a majority. Two Republicans joined them to elect Musgrove by a margin of 86-36.

However, in advance of that election, four Black Mississippi residents filed a lawsuit claiming the system violated their federal civil rights. The Mississippi Legislature responded by asking voters whether this Jim Crow-era process should still exist.

In the November 2020 election, Mississippi voters decided to end that process and replace it with the requirement that a candidate get a majority of the votes cast or face a runoff election if nobody gets more than 50% of the vote. In other states, this process has its own racist history as a way to limit Blacks’ political power.

Supported by more than 78% of the state’s voters during an election with record turnout, the change formally took effect this month.

The people of Mississippi and their elected officials have sent a clear message that for statewide elections, they prefer the popular vote over a system like the Electoral College.

Dr. Breen is Executive Director for the John C. Stennis Institute of Government and Community Development and Asst Research Professor in Political Science and Public Administration at Mississippi State University. Dr. Breen provides expertise in local and state government, human resources management, demography, survey research, methodology, and statistics. Dr. Breen combines his academic expertise with his public service and applied research talents to promote the health and well-being of the citizens of the State of Mississippi. During his over 20 years at Mississippi State University, he has had the opportunity to work with numerous groups including State elected officials' offices, The Hearin Foundation, The Kellogg Foundation, Mississippi Economic Council, Mississippi Municipal League, Mississippi Association of Supervisors, Mississippi’s Division of Medicaid, Mississippi’s Department of Transportation, Department of Homeland Security, NOAA, Robert Wood Johnson Foundation, the Bower Foundation, among others.
All Posts

With your help, we can do even more important stories like this one.
Support the MFP
PrevPreviousUM Accuses Ombudsman of ‘Raising False Alarms’ Over Whistleblower Investigation
NextSen. Cindy Hyde-Smith Votes for Trump Coup Attempt After Bloody Insurrection in D.C.Next