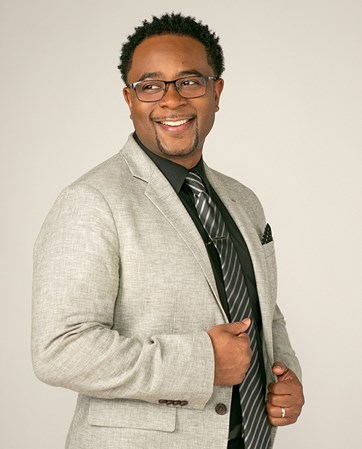 White evangelicals have a Fox News problem. The cable television behemoth—founded by Rupert Murdoch in 1996 to appeal to a more conservative audience—has enraptured a certain segment of Christians.

According to an in-depth Public Religion Research Institute report, “Trumpism After Trump? How Fox News Structures Republican Attitudes,” Fox News particularly appeals to white evangelicals. The introduction to the report states, “Among religious groups, Fox News is most trusted by white evangelical Protestants (36%), by nearly twice the proportion of all other religious groups.”

White evangelicals are not the only ones flocking to Fox News, of course.

Democrats have no comparable allegiance to any single news source. Democrats cite local news (21 percent) and CNN (20 percent) as their most trusted news sources.

The PRRI report focuses on “Fox News Republicans,” a particular subset of the population who list Fox News as their most trusted new source.

Fox News Republicans are also more likely to identify as white evangelicals at a rate of 36 percent compared to the national average of 13 percent.

A Particular Set of Beliefs Around Race’

Fox News Republicans, many of whom are white evangelicals, display a particular set of beliefs around race that make it difficult to make strides in racial justice.

From the report, among Fox News Republicans:

The PRRI report does not necessarily make a causal link between watching Fox News and holding unhelpful racial views, but the data indicate that those who have these racial views tend to watch Fox News.

Some might protest, “Why pick on Republicans, white evangelicals and Fox News? Don’t Democrats, people of color, and CNN-watchers have their own problems?

Of course, every demographic has its own biases. Every news outlet appeals to certain groups of people based on identity and ideology.

What the PRRI report reveals is that Trump’s dominance in the Republican Party will extend beyond his tenure as president. Fox News has, in many ways, been Trump’s most supportive news outlet, so he will have outsized influence on the people who trust Fox News the most, many of whom are white evangelicals.

Those who agree with the viewpoints Fox News promulgates will not see a problem with the cable channel or the many white evangelicals who look to it as their most trusted news source.

Making It Harder to Bridge Racial Divide in the Church

The only ones who will agree that white evangelicals have a Fox News problem are those who understand that the racial views of Fox News Republicans make it much harder to bridge the racial divide in the church.

Those who refuse to acknowledge the long history of anti-Black police brutality, who rally around Confederate memorials, who believe that white people face more racial discrimination than Black people will not soon find common ground with anyone who is not white.

If white evangelicals are committed to racial repair, solidarity, and truth-telling, then they must deal with the influence Fox News has had on their ideas about race and racism.

They must contend with the matrix of ideas—beliefs about climate change, health care, the coronavirus pandemic, and more—that diverge with the view of many Black people and other people of color.

The fact that so many white evangelicals accept Fox News as not only their most trusted news source, but sometimes their sole news source, means that Christians are increasingly living in different informational ecosystems.

It is impossible to have a constructive dialogue if the parties do not agree on the basic facts about the status and (dis)functioning of society.

Church leaders, at the very least, should caution their congregations about gleaning information from a single news source. They should discourage their members from looking to the most polemical sites for the bulk of their knowledge about current events. They should begin to interrogate where they and their members get their data and whether it reinforces racial prejudices.

Fox News is not the only source of racial division in America, nor is it the only influence on the racial views of white evangelicals.

But with its millions of daily viewers, droves of whom are white evangelicals, Fox news is broadcasting a narrative about race that exerts a massive cultural influence.

White evangelicals who want to tell a better story about race—one that leads to justice and unity—will need to chase the fox away from the sheep and follow Christ more closely than a cable news station.

Jemar Tisby is the author of the New York Times bestselling book “The Color of Compromise.” He is a PhD candidate in history at the University of Mississippi and the founder and CEO of The Witness, Inc. His new book, “How to Fight Racism,” comes out in January. Follow him on Twitter @JemarTisby.
All Posts

With your help, we can do even more important stories like this one.
Support the MFP
PrevPrevious‘It’s Going to Be a Tragedy’: Mississippi Smashes COVID-19 Record With 1,972 Cases Today
NextHealth Leaders Call for Statewide Mask Mandate, Say Gov. Reeves’ Plan ‘Not Working’Next