Mississippi reported 1,612 new COVID-19 cases today—more than on any day since July 30, when the summer surge hit its peak with 1,775 cases. The Mississippi State Department of Health also reported an additional eight deaths today.

Today marks the third-highest one-day total of new coronavirus cases MSDH has ever reported, behind the July 30 high and July 21, when the state reported 1,635 cases.

“Almost all of the 1,612 COVID-19 cases reported today occurred in the last few days. COVID-19 transmission continues to be widespread through Mississippi, and average daily deaths are now increasing. We know masks and social distancing are effective—we only have to use them,” the Mississippi State Department of Health tweeted today.

After issuing a statewide mask mandate on Aug. 4 that helped bring daily case numbers down dramatically from a late July peak, Mississippi Gov. Tate Reeves allowed the mandate to expire on Sept. 30, saying “we need to trust the people of this country to look after themselves and make wise decisions” instead of the government.

The Mississippi surge comes at a time when the U.S. is breaking daily records. The nation topped 100,000 cases yesterday for the first time. Today, the country as a whole broke records for a second day in a row, reporting more than 120,000 new cases.

During a mid-October Zoom conference with members of the press, Dr. Dobbs said he supported doing “whatever it takes to get more people wearing masks indoors,” whether that means another statewide mask mandate or a series of local ones.

“We had a rough summer, and I really hoped people had learned the impact of masking and social distancing,” Dobbs said. “It really showed it worked quite nicely. And why we would abandon something that is simple, easy and effective just because there is not an executive order has perplexed me, and I’m frankly disappointed.”

“Here in Mississippi, we’ve seen this movie before. We know what can happen if we allow this to get out of control. So we want to be proactive to prevent that from happening,” Reeves said at an Oct. 19 press conference, announcing that the mandates would remain in effect until Nov. 11.

The county-by-county mandates apply to counties that have reported at least 200 cases over the past two weeks or 500 cases per 100,000 residents over the same period. 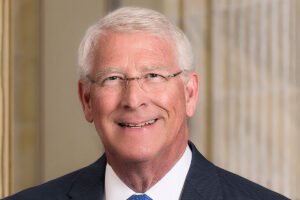 With your help, we can do even more important stories like this one.
Support the MFP
PrevPrevious‘Good and Evil on the Ballot’: Sen. Cindy Hyde-Smith Wins Re-Election in Mississippi
Next19th Century Political Parties Kidnapped Reluctant Voters, Printed Own BallotsNext