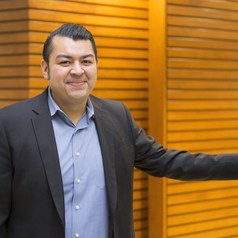 The whistleblower, Dawn Wooten, is a nurse and former employee of the center. She claims a high rate of hysterectomies were performed on Spanish-speaking women and women who spoke various Indigenous languages common in Latin America.

Wooten claims staff at Irwin County Detention Center failed to use proper anesthesia during surgeries. She said women who protested or spoke out were sent into solitary confinement. Wooten called the doctor the “uterus collector.” She also said the center did not obtain proper consent for these surgeries, or lied to women about the medical procedures. Many of these women do not speak English and were not properly informed about what occurred until after the operation, if at all.

According to Business Insider, Amin had previously been implicated in medical billing fraud.

These accusations coming out of an ICE facility are on the heels of other horrific claims: widespread reports of sexual and physical abuse of children and detainees of all ages as  The Associated Press reported in June 2019.

This treatment constitutes human-rights violations and genocide according to the standards established by the United Nations.

Sadly, this treatment of Latina, Indigenous and Black women is nothing new. The U.S. has a long history of forcibly sterilizing women from these communities.

About 20 kilometers from where I was born and raised sits the Los Angeles General Hospital, along with other dingy, under-resourced hospitals. During the 1960s and ‘70s, many “targeted” sterilizations happened in these types of places where the U.S. government disproportionately targeted Mexican women for forced sterilization.

In the mid-70s, a group of Mexican women sued a doctor for conducting unauthorized medical procedures on women at L.A. County Hospital. Despite the roughly 20,000 sterilizations that were authorized in the state, a judge ruled these forced surgeries were legal and performed in “good faith.”

Despite legal reforms that essentially eliminated this practice, there are reports it continues to happen in California state prisons.

A 2010 report by prisoner rights group Justice Now found nearly 150 incarcerated women were sterilized between 2006 and 2010 by state doctors.

Researchers believe there could be at least 100 more who have been sterilized in California prisons since 1990. The doctor who conducted these surgeries was paid close to US$150,000, according to state records.

Most of these women were poor, Mexican or women of color and, like the women in migrant detention centers, they were coerced, ill-informed or punished with long bouts of solitary confinement. The practice of sterilizing women in California prisons was deemed “legal” until the governor finally outlawed it approximately nine years ago inside all state institutions.

Despite these legal reforms, I have no doubt this practice against Latina, migrant, refugee, Black, Indigenous and at-risk women is still ongoing around the world.

I am motivated by stories from women like my mother, Carmen, who gave birth to me in 1985 when she was 19 years old. When Carmen recounts the story of my birth, she always mentions how I was born on a sunny afternoon. But she spent multiple weeks with a high fever, likely due to a post-birth infection. She was surrounded by medical staff who did not speak Spanish.

My mother still doesn’t know why or how she became unwell.

After hearing many more stories of medical negligence and forced medical procedures in the course of my research, I am no longer surprised when I hear about the U.S. victimizing Indigenous Peoples like my grandparents or other members of my community.

The most at-risk women are usually the ones who experience the brunt of these forced sterilizations.

A tragic example comes from women who lived in Puerto Rico in the ’50s and ’60s. They were given an experimental drug by researchers interested in creating a birth control pill. Those women experienced serious side effects like blood clotting and infertility. They were not given information. These trials, also connected to a sterilization program, were in part eugenics and in part corporate pharmaceutical research. Approximately one-third of Puerto Rican women were sterilized—many involuntarily.

The U.S. government needs to conduct an international investigation into the treatment of those being held in private and public immigration detention centers.

Canada should do the same, because it has a long history of forcibly sterilizing Indigenous women.

Those in positions of power need to stop treating immigrants and people of color as subhuman. Without a concerted outcry and effort to stop these unauthorized medical experiments, tests and procedures, the U.S. and other nations will continue to engage in this type of genocide.

Jerry Flores is an assistant Professor in the sociology department at the University of Toronto.
All Posts

With your help, we can do even more important stories like this one.
Support the MFP
PrevPreviousBipartisan Bill Would Allow All Mississippians to Vote In-Person Absentee Starting Oct. 5
Next‘Mask Use Dropping Off Rapidly’ in Mississippi After Mandate’s End, Top Health Official WarnsNext