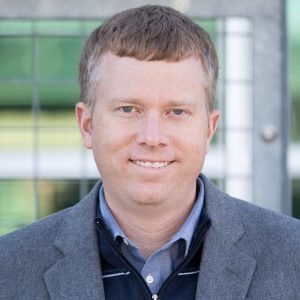 In the last 12 years, signs commemorating the murder of Emmett Till have been vandalized dozens of times causing thousands of dollars in property damage. No one has ever been arrested. On Saturday evening, a Confederate memorial was vandalized on the University of Mississippi campus. Within minutes, the police arrested Zachary Borenstein and charged him with destroying more than $300 in public property—a felony.

The quick hand of justice deployed to safeguard a symbol of white supremacy reminds us that the recent killings of George Floyd, Breonna Taylor and Ahmaud Arbery happened in a culture that disproportionately protects the symbols of white life.

The connections between anti-black violence and the whiteness of public space are becoming increasingly clear. The day after Mr. Borenstein was arrested, University of Mississippi Chancellor Glenn Boyce announced his conviction that the deaths of Floyd, Taylor and Arbery meant that the Confederate monument had to be moved from its central place on campus.

Four days later, Philadelphia, Pa., Mayor Jim Kenney announced that his city’s Frank Rizzo statue, long criticized as a symbol of racism, would be moved. Hours later, Athens, Ga., Mayor Kelly Girtz made a similar announcement about her city’s Confederate memorial. All three of these announcements recognized that white public space and anti-black violence are mutually reinforcing. Spurred by massive protests, Boyce, Kenney and Girtz each recognized that white statues come at the cost of black lives.

At the moment Borenstein was arrested, a crowd of 400 protesters had gathered three blocks to his east to protest the lethal power of the police. Six years after the murder of Michael Brown pushed anti-black police violence to the forefront of the national imagination, and six years after the acquittal of Darren Wilson suggested that such violence enjoyed legal protection, thousands of Americans each year still die at the hands of the police. Mapping Police Violence reports that there were only 27 days in 2019 in which the police did not kill someone. And police were three times more likely to kill black people than white people.

While the lethal and often anti-black violence of law enforcement is always tragic, and while it sometimes attracts headlines, it is only the most visible manifestation of a much more general investment in white life. The simultaneous arrest of Borenstein and the protests in Oxford is a tragic reminder that a society that disproportionately protects the symbols of white life is, at least in our case, also a society in which black Americans are three times more likely to be killed by police than white Americans.

The protection of white statues and the disregard for black life are surely related.

As I have written elsewhere, the symbolic landscape of the South has never been a haven for symbols of black life: “From the Jim Crow signage that directed African-Americans to inferior facilities through the 1960s, to the Confederate monuments in virtually every county, to the battle flags that still fly, the symbols of public space have always been white.”

And they have always been well cared for. Consider the town of Sumner, Miss., the site of the 1955 Emmett Till trial. At the same cultural moment that the town razed “Beale Street”—its long-standing black business district and last remaining visible sign of black life—it jumped into action to repair a crack in the foundation of its Confederate monument.

Or consider North Carolina General Statute 100-2.1, a 2015 law passed in the wake of the Charleston shootings and designed to protect the symbols of the Confederacy. Or consider Section 106 of the National Historic Preservation Act, which requires federal agencies to assess the adverse effects that monument relocation may have on historic properties. Or, closest to the case at hand, consider the proposed Mississippi Senate Bill 2068. Had it become law, it would have stripped the University of Mississippi of its power to move its Confederate monument.

While none of these laws (proposed or enacted) provides an ironclad defense of white space, all of them make it more difficult to create an equitable built environment. Even if Chancellor Boyce is able to move the monument—and I hope he is—these laws reflect a state-sanctioned bias in favor of white space; a commitment to the equation of public space with white space.

This commitment was once again on display Saturday evening. Before Borenstein could even leave the scene, the University Police Department jumped into action. With paint still on his hands (literally), Borenstein was charged with destroying public property. The $300 in damages to white space prompted a quicker response than the thousands of dollars in damage inflicted on Till memorials in the last 12 years.

The counterpoints to Zach Borenstein are surely Ben LeClere, John Lowe and Howell Logan. In July 2019, a photograph surfaced with these three University of Mississippi students posed with guns in front of a bullet-pierced Emmett Till sign. Even with visual evidence placing specific, armed people at a crime scene, there have been neither investigations nor arrests. While the desecrated Till memorials have been left to the care of big-hearted nonprofits and crowd-sourced fundraisers, the desecrated markers of white supremacy enjoy the immediate protection of the state.

It comes down to this. We can have white statues or black life. Our track record to date suggests that we cannot have both.

Dave Tell is Professor of Communication Studies and Co-Director of the Institute for Digital Research in the Humanities at the University of Kansas. He is the author of “Remembering Emmett Till” (University of Chicago Press, 2019) and a founder of the Emmett Till Memory Project. He is a historical consultant for the Emmett Till Memorial Commission of Tallahatchie County. Follow him on Twitter at @tell_dave.
All Posts

With your help, we can do even more important stories like this one.
Support the MFP
PrevPreviousFamily of Ronnie Shorter, Killed by Greenville Police in 2017, Deserves Answers. So Do All Survivors.
NextConfronting Fascism Through Creativity: Jackson Student Wins International Art PrizeNext