Mystery of the Skies: Solving the Crash of Pan American Flight 7 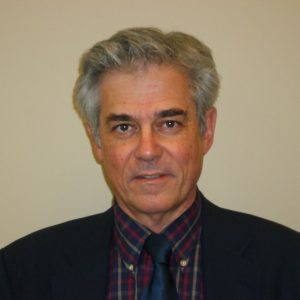 Up until shortly after 5 p.m. on Nov. 8, 1957, everything was normal aboard Pan American Flight 7 as the Boeing Stratocruiser made its way across the Pacific Ocean from San Francisco en route to Honolulu. The weather was great. Final pre-departure checks had been all thumbs-up.

This was 1957. The 44 people aboard, crew and passengers, were dressed to fly. Suits and ties and nice dresses were the norm. Stewardesses brandished the famous “Pan Am smile” as they walked the aisles in their high heels offering passengers complimentary Benson & Hedges cigarettes to enjoy along with their cocktails.

By 5:30 p.m. smoke was filling the passenger cabin, and soon the plane was plummeting 10,000 feet into the shark-filled ocean. What happened aboard the plane called “Romance of the Skies” remains officially a mystery, but not to Ken Fortenberry who in his newly released book “Flight 7 Is Missing: The Search for My Father’s Killer” reveals the results of a half-century-plus investigation into a crash that prompted what he calls “the largest air-sea search-and-rescue mission in history.”

Fortenberry’s life changed forever on Nov. 8, 1957. He was 6 years old, and on board that plane was his 35-year-old father Bill, a copilot and flight navigator. “The phone rings in our Santa Clara home,” he writes, recalling the night his mother got the call that Flight 7 was missing. “My mother had just gone to bed but is not yet asleep.”

“This is Pan Am calling, isn’t it?” his mother asks before the airlines official says a word. She had had a premonition all day.

What follows is a years-long process that never gets resolved—not by Pan American, Boeing or the federal government’s Civil Aeronautics Board (which later becomes the National Transportation Safety Board). CAB repeatedly asks, evens pleads with, the FBI to intervene and do its own investigation, but J. Edgar Hoover has no interest in imperiling his and his agency’s reputation with a mystery that likely will never be solved and that may not even involve a crime.

Little Ken Fortenberry is not so easily deterred, however. In 1965, at the age of 14, he vows to his dead father that he will find out what caused his death and the deaths of the 43 other people aboard Flight 7.

Among those passengers was Mississippian Bess Sullivan, a native of Winona, Miss.

‘A Mishmash of Bunk’

This is the journey that unfolds in Fortenberry’s book, published by Fayetteville Mafia Press. It is a compelling account of a writer’s life mission, one that required the kind of exhaustive research that only a veteran, award-winning journalist with endless determination and an unbreakable sense of filial duty could accomplish.

In this book, Fortenberry establishes himself as a worthy member of a special genre of literature about flying and flying tragedies that includes the likes of William Langewiesche, whose 2019 piece “What Really Happened to Malaysia’s Missing Airplane” in The Atlantic probes a similar mystery that has bedeviled officialdom.

Like a hardboiled detective in a Raymond Chandler or Dashiell Hammett novel, Fortenberry leaves no stone unturned, no telephone number uncalled, no related document unread. He knocks on every door, follows every rejection with another try, and then another.

His relentlessness takes him down many paths. Leaders with the Transportation Workers pointed to Pan Am’s cutting back on maintenance, plane inspectors and inspections in order to save money. Indeed, the safety of the Stratocruiser itself had been an issue with several near disasters in recent years.

Every major mystery that gets significant attention produces an exclusive club of mystery solvers who believe they may have the answer. Did a foreign force bring down Flight 7? This was during the Cold War, and on board were U.S. government officials headed toward Asia. Were they targets?

Did a UFO down Flight 7? UFOs were much the discussion during the 1950s after several highly reported sightings. In fact, the author’s father had had a highly publicized sighting himself in 1952 while on board a DC-4 Clipper. At one point, clairvoyants called “remote viewers” even took on the mystery by trying to probe their own inner consciousness for answers.

However, Fortenberry decided remote viewing was “a mishmash of bunk” and moved on. Fortenberry’s navigation of these various theories make the book a tough ride structurally at times. Still, it’s a worthy ride.

A Mystery That Needed Solving

More central to his investigation than all of this, however, are two people who were on board Flight 7, Gene Crosthwaite and William Payne, and here is where Fortenberry digs deepest.

Crosthwaite, the crew’s “purser” who supervised the stewardesses and made sure all was well in the cabin, was a walking cauldron of anger and alienation. A widower who seemed to despise his adopted daughter, he felt he was not getting the respect he deserved from Pan Am. Payne was a debt-ridden former Navy frogman and an expert in demolitions whose mountain lodge was facing foreclosure and who had just bought two new insurance policies and a one-way ticket to Honolulu.

No spoilers here, but Fortenberry makes a convincing case for what or whom he believes caused the crash of Flight 7. It was a mystery that needed solving.

A former executive editor of the Hattiesburg American (1993-1995) who now lives in Boone, N.C., Fortenberry knows how to tell a story. I recall reviewing his book “Kill the Messenger” for Gannett News Service in 1989 and being impressed with that tale of bigotry and local corruption in a small South Carolina town.  With “Flight 7 Is Missing,” he not only gives readers another fascinating story but he fulfills a half-century-old promise to the father he lost so long ago.

Joe Atkins is a veteran journalist and professor of journalism at the University of Mississippi and on the advisory board of the Mississippi Free Press. He is the author of “Covering for the Bosses: Labor and the Southern Press” (University Press of Mississippi, 2008) and the novel “Casey’s Last Chance” (Sartoris Literary Group, 2015). He can be reached at [email protected]
All Posts

With your help, we can do even more important stories like this one.
Support the MFP
PrevPreviousForgiving Is Never Forgetting: Lessons the Gibbs-Green Tragedy Teaches Now
NextMDOC Nominee Burl Cain’s Colorful Past: Lions, Black Panthers and BaptistsNext