JACKSON, Miss.—Democrat Shuwaski Young is running for Mississippi Secretary of State, the Philadelphia, Miss., native announced during a morning press conference on the steps of the Mississippi Capitol. He promised to make voting easier and to investigate welfare-system abuses involving nonprofits and powerful individuals.

Secretary of State Micheal Watson, the Republican incumbent, has not indicated whether he will seek re-election, and his office did not respond to a request for comment at press time.

“Mississippi does not have to be known as a voter suppression state,” Young said today. “We can, and we must, change this outlook in our actions and our reputations, which also affect our business endeavors.”

The Democratic candidate noted that Mississippi recorded the lowest voter turnout in the nation during the 2022 midterms, when just 31.5% of eligible voters participated. He said his ideas for changing that include online voter registration and educating voters on disenfranchising crimes.

“We need a more educated electorate when it comes to voting,” Young told the press. “Many folks feel they can’t vote because they’ve been incarcerated.”

Last October, the Mississippi Center for Justice asked the U.S. Supreme Court to hear a case in which they are seeking to overturn Mississippi’s Jim-Crow-era felony disenfranchisement law. The MCJ lawyer leading the case, Rob McDuff, called it a “vestige of the malicious 1890 plan to prevent an entire race of people from voting in Mississippi.” The nation’s high court has not yet responded to the petition.

If elected, Young would become the first Black Mississippian to serve in statewide-elected office since the 1880s; the last Black Mississippi Secretary of State, Jim Hill, left office in 1878. Mississippi’s 1890 Constitution, which created the felony disenfranchisement law, effectively ended the short-lived era of Black political power in Mississippi that followed the end of slavery after the Civil War.

‘We Want To Make It Easier For Folks To Vote’

Mississippi House Rep. Zakiya Summers, D-Jackson, spoke at this morning’s press conference with Shuwaski Young, saying she thought his leadership would help get the Legislature behind his plans.

“The secretary is poised to create those solutions that we need to expand access to the ballot box,” she said. “I believe that by having someone like Mr. Young in that position, we can encourage, convince, and persuade those individuals in those (legislative) leadership positions to support things like online voter registration, early voting or no-excuse absentee voting—like making sure that we have clear criteria in place for the suffrage process, which we don’t have in place right now.”

“So I’m looking forward to his leadership, and I am encouraging Mississippians all across this great state to support him in his endeavor as well,” she added.

While expanding on his plans to reform the voting process in the state, Young told the Mississippi Free Press that his policy proposals would give people more opportunities to vote.

“We want to make sure we have online registration, and more importantly, I want to see Mississippi have early voting—that’s what we need in this particular state,” he said. “Look, you have people who are teachers and nurses and folks who work in the public services industry, (as well as) in the hospital industry. It’s sometimes hard for those folks to get off work.”

“Those folks who actually work in factories as well, it’s hard for them, especially without missing money from their paychecks,” he added. “We want to make it easier for folks to vote and see a higher voter turnout.”

‘We’re Going To Stop The Stealing’

Shuwaski Young said he will also set his eyes on investigating the massive welfare fraud scandal involving the Mississippi Department of Human Services, multiple nonprofits and a cast of wealthy and powerful individuals.

“We’re going to stop the stealing that’s taking place here in Mississippi,” he said. “(Gov.) Tate Reeves, (former Gov.) Phil Bryant, Brett Favre owe Mississippi an explanation, and if I’m your next Secretary of State, I’m going to get answers under oath.”

Investigators have not accused Reeves, Bryant or Favre of any crimes in relation to the scandal, though Favre was a recipient of some Temporary Assistance For Needy Families funds that the state auditor demanded he pay back in 2021. Prosecutors have charged multiple others with crimes though, including nonprofit operators who handled the funds. Favre and dozens of others are the target of a State civil suit seeking to claw back millions, including funds used to build a volleyball facility at Favre’s alma mater.

“It’s clear that charities which fall under the auspices of the Secretary of State’s office and the jurisdiction of the secretary of state’s office have played some role in the unfolding, unprecedented corruption that we’re seeing and hearing about,” Young said this morning. “When you have a charity here in the state of Mississippi, you’re obligated to raise money for that intended purpose and for that said charity’s intended purpose. Brett Farve didn’t do that. Instead, he raised money for USM and his friends.”

“My campaign commitment to you is that on my first day in office as Secretary of State, I will meet with the FBI, the United States attorney, and our state auditor, and we will open up an investigation and we will get to the bottom of what happened with the State’s funds,” he said.

Young is a graduate of East Central Community College in Decatur-Miss.;  he earned a degree in political science from Jackson State University. He said in a press release that he worked at the Office of the Mississippi Secretary of State, the U.S. Department of Homeland Security, the Union Presbyterian Seminary and the Bar Association in San Francisco.

Primary elections for all of Mississippi’s legislative and statewide offices, including secretary of state, are on Aug. 8, 2023. The general election will follow on Nov. 7, 2023.

U.S. Will Give Military Tanks To Ukraine, Signaling Commitment to Thwarting Russia 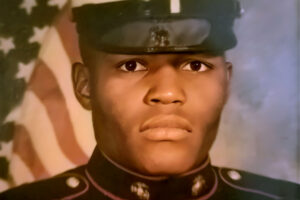 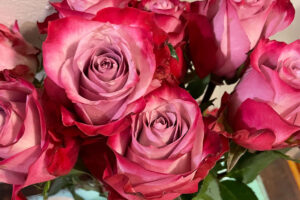 With your help, we can do even more important stories like this one.
Support the MFP
PrevPrevious‘Spiritual Genocide’: I Take Full Responsibility for Vandalizing the UM Confederate Statue
NextThe Pearl: Affordable Housing Complex with Health Clinic Coming to Southwest JacksonNext