“The only neonatal intensive care unit in the Delta has closed. A Jackson hospital that serves rural portions of Hinds County is reducing critical services to stay afloat. Greenwood Leflore Hospital itself is on life support, staying open only with the help of the City and County putting up money to keep it from closing its doors for good.” The City of Greenwood and Leflore County jointly own the facility.

Hosemann, who is president of the Mississippi Senate, said Tuesday during a press conference that he recently visited Greenwood Leflore Hospital, noting that it has cut some health services, including obstetrics and gynecology.

“I was impressed with what they’re trying to do, but unfortunately, they’re going to lose $20 million this year,” he told reporters in the Capitol on Tuesday. “So they’ve scaled down, and they’re still losing $20 million.”

“It looks to me that we’re going to have to have some interim step,” Hosemann added. “I’ll refer to it as a ‘Band-Aid’ until such time as we can make longer-term decisions about health care in Mississippi and what is going to be provided. We’re in a crisis mode here in the short term, but that shouldn’t dictate our long-term solutions.”

In November, Mississippi State Health Officer Dr. Daniel Edney told lawmakers that 38 rural hospitals, or about 54% of all rural hospitals in the state, could collapse.

In a press release Tuesday morning, the Mississippi State Medical Association said hospitals are failing because the State has failed to expand Medicaid, citing a “sizable gap that exists for working Mississippians who cannot afford private insurance, yet whose income is too much to qualify for Mississippi Medicaid.”

“When these individuals need healthcare, hospitals are required to treat them regardless of their ability to pay,” MSMA said. “And because these individuals are uninsured, the hospital is not compensated for this necessary care. Such an economical strain on hospitals is one that even the most successful private business could not endure.”

Speaker Gunn told the press yesterday the House of Representatives will “certainly” look into the problem of hospital closure. “That has become an issue around the state,” he said. “I’ve been in a lot of conversations about that.”

“I think we’re going to be trying to look for ways maybe to help them, at a very minimum, maybe invest some of the surplus that we have into those hospitals in the short term while we look for opportunities to address the issues long term.”

Information from the Legislative Budget Committee indicated that the State is beginning the year with almost $4 billion in surplus.

Gunn, who is a former chairman and current board member of the conservative American Legislative Exchange Council, has long opposed Medicaid expansion. Expansion, which the U.S. government helps fund, would offer coverage to people whose income is too high for traditional Medicaid but too low to afford private health insurance. But last year, Gunn said he opposes expanding or extending Medicaid further because he wants “to keep people off, not put them on.”

Yesterday, Gov. Tate Reeves cautioned the Legislature against rushing to provide funding to help beleaguered hospitals. The governor formally filed papers to run for re-election on Tuesday with a Republican primary date set for August 2023.

“I would just caution everyone, unless the Mississippi Legislature wants to invest and run hospitals in every community across Mississippi, it’s a very slippery slope as to how big the check is that they want to write because keeping inefficient systems is not a good answer,” he said in response to a Mississippi Free Press question, before directing the focus to other issues.

Like Gunn, Reeves is a longtime opponent of Medicaid expansion, which he often derisively refers to as “Obamacare expansion.” Medicaid expansion was a central part of former President Barack Obama’s signature health-care law.

Since 2013, Mississippi has rejected more than $10 billion in federal funds to expand Medicaid for about 200,000 to 300,000 low-income working residents. Mississippi and 11 other states that rejected Medicaid expansion accounted for about 74% of hospital closures nationwide between 2010 and 2021, an American Hospital Association study found last year.

“When it comes to health care in our state, Mississippi’s CON laws are outdated,” Reeves said. “Mississippi’s certificate of need laws, which protects the entrenched, are bad for the state.”

BiggerPieForum reports that “Mississippi is one of 35 states that require a Certificate of Need (CON) for healthcare providers.”

“They must receive approval from the state Department of Health to build a new facility, add beds or diagnostic equipment to an existing facility, or even when a capital project goes over budget,” the organization said.

The Mississippi Department of Health explains on its website that “Mississippi’s Certificate of Need process plays a central role in planning the state’s health facilities, based on need for services, location, size and other factors.”

“The CON process is designed to increase accessibility and quality of health services while avoiding unnecessary costs.”

“But I would submit to you that if we quit telling those potential competitors that they can’t open, then we would find ourselves in a market that worked far better,” he said.

Reeves shared his view that the way to increase “access to care” is “by eliminating the CON laws and eliminating the ability for those who want to provide care in our rural areas from being able to do so because we have laws on the books that are outdated at best.”

Though Greenwood Leflore Hospital leaders have attributed millions in losses to the lack of Medicaid expansion, Reeves suggested Tuesday that population decline in Leflore County over the past decades may have something to do with the institution’s financial woes. Still, he wrongly claimed that the population dipped from 55,000 in 2000 to 27,000 in 2020, a loss of about half of the people; in fact, the county’s population fell more modestly from about 38,000 in 2000 to just under 29,000 in 2020.

To address the problems facing hospitals in the State, the Mississippi State Medical Association, in its statement Tuesday, recommended measures including raising the income eligibility for Medicaid and considering the “Arkansas model to provide access to care for working Mississippians through the purchase of private insurance for qualified recipients.”

The “Arkansas model” refers to a plan lawmakers in that state struck to use federal Medicaid funds to pay for people who would otherwise be covered by Medicaid expansion to access private health insurance. The program incentivizes recipients to look for work if they are not employed and are able to work; if they do not do so, the law transfers them to a traditional Medicaid plan with fewer benefits. Though the program originally mandated work requirements, a federal court struck that provision down in 2020.

Lt. Gov. Hosemann, who previously expressed interest in considering Arkansas’ plan, told the Mississippi Free Press yesterday that raising income eligibility for Medicaid was in the federal government’s purview. However, the 2010 Patient Protection and Affordable Care Act provides states with funds to expand Medicaid if they choose.

Gunn said he is reviewing Arkansas’ model to see if it is “a viable solution,” but he insisted that the State will not support “Medicaid expansion”—even though the Arkansas model uses federal Medicaid expansion funds. 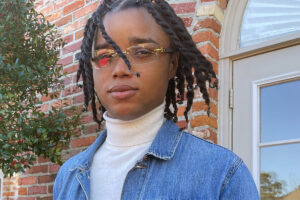 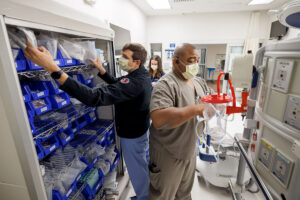 With your help, we can do even more important stories like this one.
Support the MFP
PrevPreviousA Loss for All: Anti-Trans Sports Laws Not as ‘Fair’ as Touted
NextHotty Toddy, Gosh Almighty, Who the Hell Are We? Women, By Damn.Next