Lesson of Ahmaud’s Slaying: White People Must Do Work Themselves 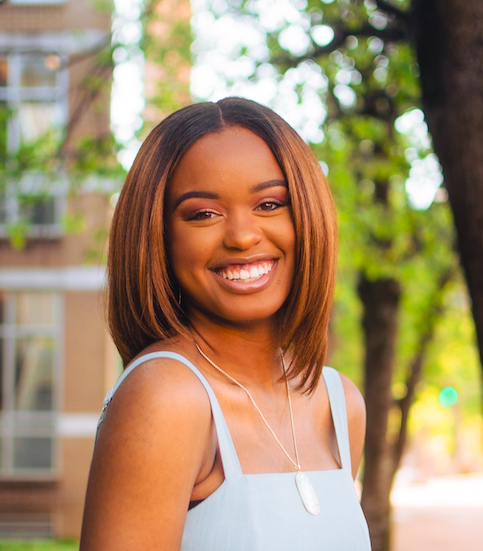 James Baldwin reminded us in 1956 that “there are so many ways of being despicable it quite makes one’s head spin. But the way to be really despicable is to be contemptuous of other people’s pain.”

Being black in America is a challenge no other person on Earth could quite understand. While we are not the only people to have ever been enslaved, we are the only group who have had the entire foundation of a newly conceived nation formed on the backs of their families and then told to “stand up” in those very same structures.

I would like to say the death of Ahmaud Arbery in Glynn County, Ga., is something tragically horrifying, shocking or mind boggling. But what Ahmaud’s slaying represents is something much larger: the inability for white people to ever truly see black people as human beings worth having oxygen flow through their bodies. So many groups in the past advocated for causes and rights that we as black people are still fighting for. While nothing worth having comes easy, how many of us have to be sacrificed before our worth is ever seen?

We’ve been reminded by poets and activists alike—our skin is seen as a weapon before we are even all the way visible. Our arms are seen as deadly before we can even reach out to hug. Our feet are seen as scapegoats for crimes that we did not even commit. And our tongues are seen as a nuisance before we even get to speak our truth.

More Painfully Aware of My Blackness

An idea many black people in this country are too scared to face is that much of our work will only ever be truly appreciated by those who come after us. By the time I was 8, I was able to witness the first black president be sworn into office. But by the time I’d turned 12, I was witnessing riots on the street as people mourned the death of Trayvon.

My time being black in American hasn’t been long, but it has been troubling. It has given me an abundance of greatness, but also an abundance of pain. And now that I am older, I wake up everyday becoming more painfully aware of my blackness and what it means for those I love who also possess it.

Ahmaud Arbery died doing something many of us enjoy doing: jogging. He was shot because he looked similar to someone who had broken into houses. He was targeted because he fit what many people see as a common criminal: a black man. Black men have throughout history been one of the most targeted groups in America. And despite their seemingly astronomical progress, their appearance still causes a shiver of fear to many because they are one of the few symbols of dominance by a race that is not white.

History has taught us that any time white people feel threatened or out-dominated, they institute policies and practices that diminish the value and power of the threatening force. In the past, we saw Jim Crow laws, wars on crime and the introduction of more controlled substances into black communities. Now, we see mass incarceration, voter suppression and even discrimination within schools where they are the majority.

A Heart Filled with Hate and Malice

The entire fabric of this country has been built on brutalizing the black man and those he loves in an effort to decrease confidence in anything that is directly meant for or run by us within our own communities. The way many of our ancestors became familiar with the practice of lynchings, we’ve become familiar with our people being slain not just in real life, but on camera.

The millions of people who have viewed and shared the video of Ahmaud’s slaying do so in faith that it will raise awareness surrounding America’s race problem or soften the hearts of those who may not have viewed it as wrong. But the harsh reality is that there is no amount of videos of black men and women being shot that can intrude on a heart that is filled with hate and malice. There is no amount of black suffering that can move someone who doesn’t think black people have feelings anyway. It is not my race’s job to make anybody else think we are worthy of living as free Americans.

If white people want their peers to stop being racist, they must do the work themselves. I’m tired of our bodies being used as collateral damage for a superiority complex they believe they cannot control. Historically, we’ve read about the white man’s burden, but what about the black man’s burden? Imagine having to live and work everyday to ensure that the people who run this country believe you are worthy of what they have.

Imagine having to warn your peers about a heavy police presence in an effort to decrease their likelihood of being stopped and therefore being killed.

Imagine having to avoid certain areas of your own state at certain times of night just in case someone is feeling hateful enough to kill you and get away with it.

Imagine now not even wanting your friend to go run an errand at the store in fear that he might be shot down and discarded as an animal.

Imagine living in fear that those you love may not make it to the next day simply because our skin represents the worst of what the world could be.

It Is Time to Use Your Privilege

You cannot in one moment perpetuate the stereotypes and practices that keep us oppressed and in the next share a post that says “Say His Name.” All the allies we seem to have,—where are they now? It is so much easier to stand in solidarity when times seem to be improving. But what about now that we seem to be hitting a brick wall?

Though my heart is troubled, I find some peace in knowing that everything we do is for a purpose far beyond me. The work we do will have results that will shine brightly in our nation’s future. But I do know that in the same society that once viewed us as property, it may be impossible for us to ever be truly seen as equal. And though it is heartbreaking, it is my truth.

If you are not black, and you believe you understand, you don’t. And that’s OK. You don’t have to understand and internalize the full scope of issues that plague my community.

But what is easy to do, if you will, is to recognize the sheer brutality of all that does happen and use your privilege in a way that challenges and fixes broken thoughts and practices within your own.

No, we black people do not need saving, but we can only move forward if the barriers are broken down—and that begins with work within the people who actually created the problem.

Maisie Brown, a 2020 graduate of Murrah High School in Jackson, is currently the youth program director and communications associate at the Institute for Democratic Education in America. She is an incoming freshman at North Carolina A and T State University where she will major in history with an emphasis in secondary education. She hopes to one day become a high school teacher who helps mold the mind of future leaders and hopefully become a state superintendent to enact more fair educational opportunities for students of color. She is on the advisory board of the Mississippi Free Press.
All Posts

With your help, we can do even more important stories like this one.
Support the MFP
PrevPreviousPro Tips on Physical Distancing from the Nonhuman World
NextPandemic No ‘Excuse’ to Grant Prisoners Early Release, Mississippi Governor SaysNext