The U.S. Department of Justice says the State is in violation of the 1999 U.S. Supreme Court ruling Olmstead v. L.C., which says states must ensure the same protections for mentally ill people as other disabled people under the ADA. But the State contends that it is making progress and should be allowed to continue doing so without interference from the federal government.

A ruling in favor of the State of Mississippi could set up a significant challenge to the authority of the federal government to intervene in state mental health care systems across the nation under the ADA’s Title II, a power it has used many times in previous decades.

“The remedies provided under Title II are to persons. The United States is not a person. This has to be brought in by a person as an Olmstead (violation),” Mississippi Solicitor General Scott Stewart argued in court on Wednesday.

In an Oct. 6 interview with the Mississippi Free Press, Families As Allies Director Joy Hogge summed up the State’s argument. “(The question is), does the U.S. Department of Justice even have the right to come into a state and sue? Does Title II of the ADA allow the DOJ to do that? Or does it have to be, say, an individual in the system that says ‘my rights are being violated,’ and they go get an attorney somewhere to sue the system?”

After the 5th Circuit’s issues a ruling, the case could go to the U.S. Supreme Court, where a judgment in favor of Mississippi could fundamentally alter the authority of the federal government to intervene in similar future cases nationwide. The 5th Circuit hears cases originating in Louisiana, Mississippi and Texas.

The established Olmstead precedent holds that individuals with mental illnesses have a constitutional right to remain in their own communities wherever possible.

Previously, Judge Carlton W. Reeves of the U.S. District Court for the Southern District of Mississippi found that Mississippi had failed to adapt those standards and had violated the rights of Mississippians with mental illnesses, siding with the Justice Department. He ordered the appointment of an external monitor to gauge Mississippi’s progress over the following years.

Dr. Michael Hogan, the independent arbiter brought in to assess the State of Mississippi’s mental health system and any progress, acknowledged that many services which Mississippi claimed to offer failed to materialize in practice.

Hogan’s report found that the state’s mental health care inadequacies, including a lack of services and proper intervention teams, resulted in undue hospitalizations. If the Department of Justice prevails, in the future, an independent review will screen 100 randomly selected patients yearly for continuity of coverage in Mississippi.

‘It Would Blow Everything Up’

During the Wednesday hearing, the panel of three judges appeared hostile to the notion that the U.S. Department of Justice had the authority for broad intervention against the entire system, rather than on behalf of individuals.

During Wednesday’s hearing, U.S. Justice Department Civil Rights Division Senior Attorney Anna Baldwin said that a rejection of the federal government’s ability to intervene under the auspices of Title II “would blow up everything.”

“It wouldn’t blow up everything,” replied Judge Jones. “It would just say that the United States can’t sue in regard to programs and services of state governments under Title II.”

Title II of the ADA “protects qualified individuals with disabilities from discrimination on the basis of disability in services, programs, and activities provided by State and local government entities.”

In addition to throwing out established precedent, Hogge explained, a decision along the lines of Mississippi’s argument would also deeply complicate the issue of challenging failing systems—especially mental health care systems.

All parties acknowledged that ruling in favor of Mississippi on the matter of Title II authority would create a circuit split, contradicting earlier decisions from the 11th U.S. Circuit Court of Appeals, which covers Alabama, Florida and Georgia. Such a split would significantly increase the likelihood that the U.S. Supreme Court would take the case in order to settle the dispute between the two appeals courts.

Florida’s petition concerned the same question of Title II authority last year. “In Title II of the ADA, Congress authorized the Attorney General to sue any public entity, regardless of whether it receives federal funding, to enforce the statute,” the 11th Circuit concluded in a December 2021 opinion.

“Florida was upfront about this in its petition,” Stewart told the three 5th Circuit judges on Wednesday. “It would create a circuit split. But I do think that this is one of those cases where that is warranted, Your Honor. It really just is that important.”

The 5th Circuit is widely considered to be the most conservative circuit court in the United States. The current U.S. Supreme Court under Chief Justice John Roberts, is also a deeply conservative court, and has moved significantly to the right since the Olmstead ruling. In June, a Mississippi case that originated in Judge Reeves’ district court and proceeded to the 5th Circuit before reaching the U.S. Supreme Court paved the way for the Dobbs ruling that overturned 50 years of abortion rights precedents.

Regardless of the outcome of the case, Hogge said, the rights established in the ADA and the Olmstead decision remain even if the tools to enforce them are diminished.

“We should never, ever, as a state, lose sight of the purpose of a responsive and effective system of care for mental health,” she said. “It’s to help people with mental illness to live in the community if they want to, and to reach the goals that are important to them.” 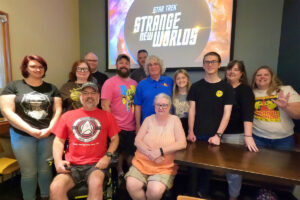 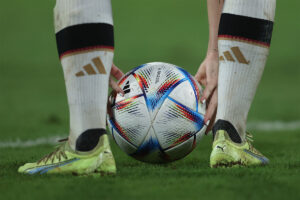 With your help, we can do even more important stories like this one.
Support the MFP
PrevPreviousMississippi: Welfare Fraud Highlights A State Facing Crisis of Leadership
NextJackson Garbage Collection to ‘Cease’ Indefinitely, Putting 150,000 Residents At RiskNext