JACKSON, Miss.—The Mississippi State Department of Health today lifted a boil water notice for the entire City of Jackson for the first time since July 29, 2022, Gov. Tate Reeves announced at a press conference on Thursday.

“On Tuesday, the Mississippi State Department of Health began officially conducting tests of the water quality. They collected 120 samples for two consecutive days,” the governor added. “We can now announce that we have restored clean water to the city of Jackson. As of today, we can state that the boil-water advisory can be lifted for all those who rely on Jackson’s water system. Moving forward, we will continue to monitor the system.”

In a Twitter post later that day, Jackson Mayor Chokwe A. Lumumba wrote, “I’m encouraged to share that THE BOIL WATER NOTICE HAS BEEN LIFTED. This is progress as we continue to work towards a consistent and reliable system.”

“Residents are advised to run their faucets for a few minutes to clear any old water,” the City of Jackson said in a statement at 1:20 p.m. The Mississippi Emergency Management Agency will cease distributing bottled water on Saturday.

While responding to a question from the Mississippi Free Press, Reeves emphasized that the State’s takeover of operating the water system in Jackson began with the emergency declaration two weeks ago.

“The intermediate and long-term decisions with respect to the governance of the water system in Jackson are much more complicated discussions,” he said. “There are a lot of individuals that will have opinions with respect to that, and anything that ultimately ends in a change in governance structure is actually going to have to be decided upon and voted upon by the Mississippi Legislature.”

He said that the U.S. Environmental Protection Agency may, in the alternative, take over the water system in the city. “It could also be outside the control, even in the Mississippi Legislature—the EPA is an entity that has a say in this as well.”

“[T]o the residents of Jackson, I would simply say, I don’t think it’s very likely that the City is going to operate the water system in the City of Jackson anytime soon, if ever again,” he said.

“That program manager is going to look at everything that we’ve done up to date, where we are, what (are) all those construction things that we’ve done on that site-repair program and then look (at) what’s next—what is the next, the second, third, and fourth step that we’re going to have to go on?” McCraney said,

The governor said he has held meetings with various stakeholders.

“I think it’s fair to say that the vast majority of interested parties have no confidence that by handing over this back to the City, we wouldn’t be in a similar position in the future,” Reeves said. “I’ve personally met with members of the Jackson delegation within the last several weeks. I’ve had multiple conversations and meetings with the mayor and his team. We’ve met in a meeting with members of Congress and their teams. We’re going to continue to do that.”

“And we hope to find a solution that everyone agrees to, but what we’re not going to do is put ourselves in a situation where we have to do this again a month from now or a year from now,” he added. “And I think every resident of the City of Jackson expects that and appreciates that.”

Great news for the @CityOfJxnMS

Award-winning Reporter Kayode Crown was born in Nigeria, where he worked as a journalist at a state government-owned enterprise. He crisscrossed various editorial positions beginning in 2010 before moving to the United States with his family in 2019. He earned a post-graduate diploma in journalism from the International Institute of Journalism in Abuja, Nigeria, in 2011. Email story tips to Kayode Crown at [email protected] Award-winning Senior Reporter Ashton Pittman, a native of the South Mississippi Pine Belt, studied journalism and political science at the University of Southern Mississippi. Previously the state reporter at the Jackson Free Press, he drove national headlines and conversations with award-winning reporting about segregation academies. He has won numerous awards, including Outstanding New Journalist in the South, for his work covering immigration raids, abortion battles and even former Gov. Phil Bryant’s unusual work with “The Bad Boys of Brexit" at the Jackson Free Press. In 2021, as a Mississippi Free Press reporter, he was named the Diamond Journalist of the Year for seven southern U.S. states in the Society of Professional Journalists Diamond Awards. A trained photojournalist, Ashton lives in South Mississippi with his husband, William, and their two pit bulls, Dorothy and Dru. Follow on Twitter @ashtonpittman. Send tips to [email protected]
All Posts
Republish This Story 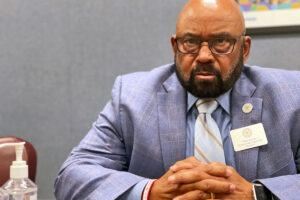 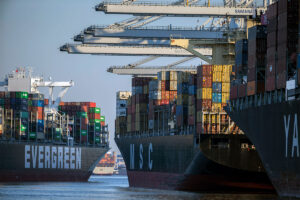 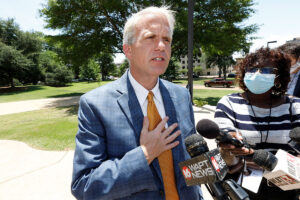 With your help, we can do even more important stories like this one.
Support the MFP
PrevPreviousCoalition: Auditor’s ‘Fatherlessness’ Report ‘Irresponsible,’ Blames Individuals Over Systems
NextClass Action Suit Targets Private Companies Using Cameras for Vehicle Insurance FeesNext