A viral Aug. 5, 2022, Facebook Live video showing a white Mississippi Highway Patrol officer grabbing Eugene Lewis, a Black man, by the neck and wrestling him to the ditch beside a Pike County road has since garnered 13,000 shares. In the video, Eugene Lewis was in handcuffs when the officer held him down with his knee.

City of McComb Mayor Quordiniah Lockley and Rep. Daryl L. Porter Jr., D-Summit, who represents McComb in the Mississippi House of Representatives, have since released statements responding to the incident.

Lockley found the video both disturbing and alarming, he said in the Aug. 6, 2022, statement.

“Last night, after viewing it several times, I contacted Representative Daryl Porter and asked him to intervene on behalf of the City of McComb since it involved a Highway Patrol Officer (under the purview of the Mississippi Department of Public Safety),” he wrote. “I was informed this morning that an internal investigation was going to be conducted.”

“I ask that you allow the investigation to be completed but at the same time let your voice be heard.”

In a statement posted on Facebook, Rep. Porter Jr., who is from Pike County, said he found the content of the video alarming. “I have spoken directly with the Commissioner for Public Safety (Sean Tindell), who has been responsive and assured me that the incident is being actively investigated by both Internal Affairs and the Mississippi Bureau of Investigations.”

‘He Hit me Under my Throat’

Packer Lewis told the Associated Press that Eugene Lewis was pulled over for allegedly speeding and later arrested because he had an expired license.

In an interview with WJTV, Eugene Lewis described the exchange between him and the MHP officer after being pulled over.

“Do you smoke?” the MHP officer asked, based on Lewis’ recollection of the incident.

“Do you drink?” the officer asked.

“I drink, but I hadn’t had a drink today,” he replied.

Lewis said that the officer searched his car but found “nothing.”

“You are going with me,” the officer said as he returned.

“Go with you for what?” Lewis said he asked.

“You’re going with me because you said you smoke weed (and for a traffic violation),” the patrolman reportedly said. “Get in the car.”

“Man, you know what? That’s that racism coming out of you right now,” Lewis replied.

After he said that, Lewis told WJTV by phone that the officer immediately “hit me under my throat.”

Packer Lewis, Eugene’s brother, filmed a portion of the incident on Facebook Live. Another brother, Darius Lewis, was also there. The five-minute video begins with Packer Lewis verbally protesting the patrolman.

“We were looking at you choke the man; that’s why we told you to stop,” Packer Lewis said.

“Stay back,” the patrolman said repeatedly.

“We’re going to stay back; we’re going to record you; we want to know why you were in that car jumping on him,” Packer Lewis replied, as Eugene Lewis continued to speak in the background.

From the video, the patrolman seemed to want to get Eugene into his vehicle, but he continued to pull away from him.

Moments later, the patrolman grabbed him by the neck, dragged him a few feet, threw him on the grass beside the road and held him down with his right knee.

As Packer Lewis drew closer while filming, the law enforcement officer drew out a weapon. “Back off; you’re going to jail,” he told the brother of the man he detained.

After securing Eugene Lewis in the back of his car, backup arrived, and highway patrolmen arrested both Packer Lewis and Darius Lewis as well.

In a Facebook post in the early hours of Aug. 8, 2022, Packer Lewis indicated that he spent days in detention and expressed fear of what could have happened to his brother if he and Darius Lewis were not on the scene.

“[I] honestly believe that if this situation would’ve happened at night that either me or my brother would’ve been gunned down or seriously hurt,” he wrote. “We don’t need officers here to protect and serve like this trooper. I stayed in jail for a couple days for absolutely nothing, sad but it’s the world we live in.”

“How could a law enforcement officer or trooper make you leave and you watching him do bodily harm to your family, sorry sir I’m not leaving and willing (to) suffer whatever the consequences maybe.”

In the interview with WJTV, Eugene Lewis said he was afraid for his life. “I can’t never let this go because I ain’t did nothing to him. And I know this same white guy can get out here and do another black guy like that,” he said. “If there were nobody around, ain’t no telling what he’ll do to me.” 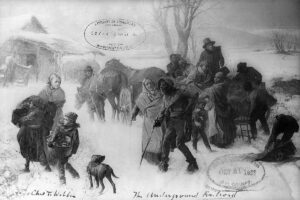 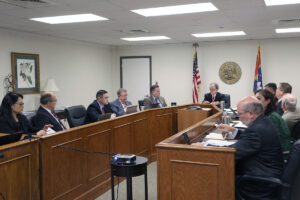 Ethics Commission To Affirm Mississippi Legislature Not A ‘Public Body’ 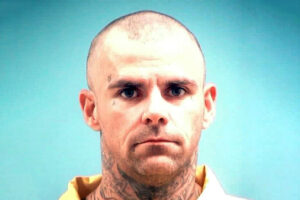 With your help, we can do even more important stories like this one.
Support the MFP
PrevPreviousJackson Mayor, Health Department Clash Over Drinking Water Safety
NextLeflore County Grand Jury Declines To Charge Carolyn Bryant Donham For Emmett Till LynchingNext