Serve the Warrant: Black Mississippi Leaders Must Demand Justice for The Murder of Emmett Till 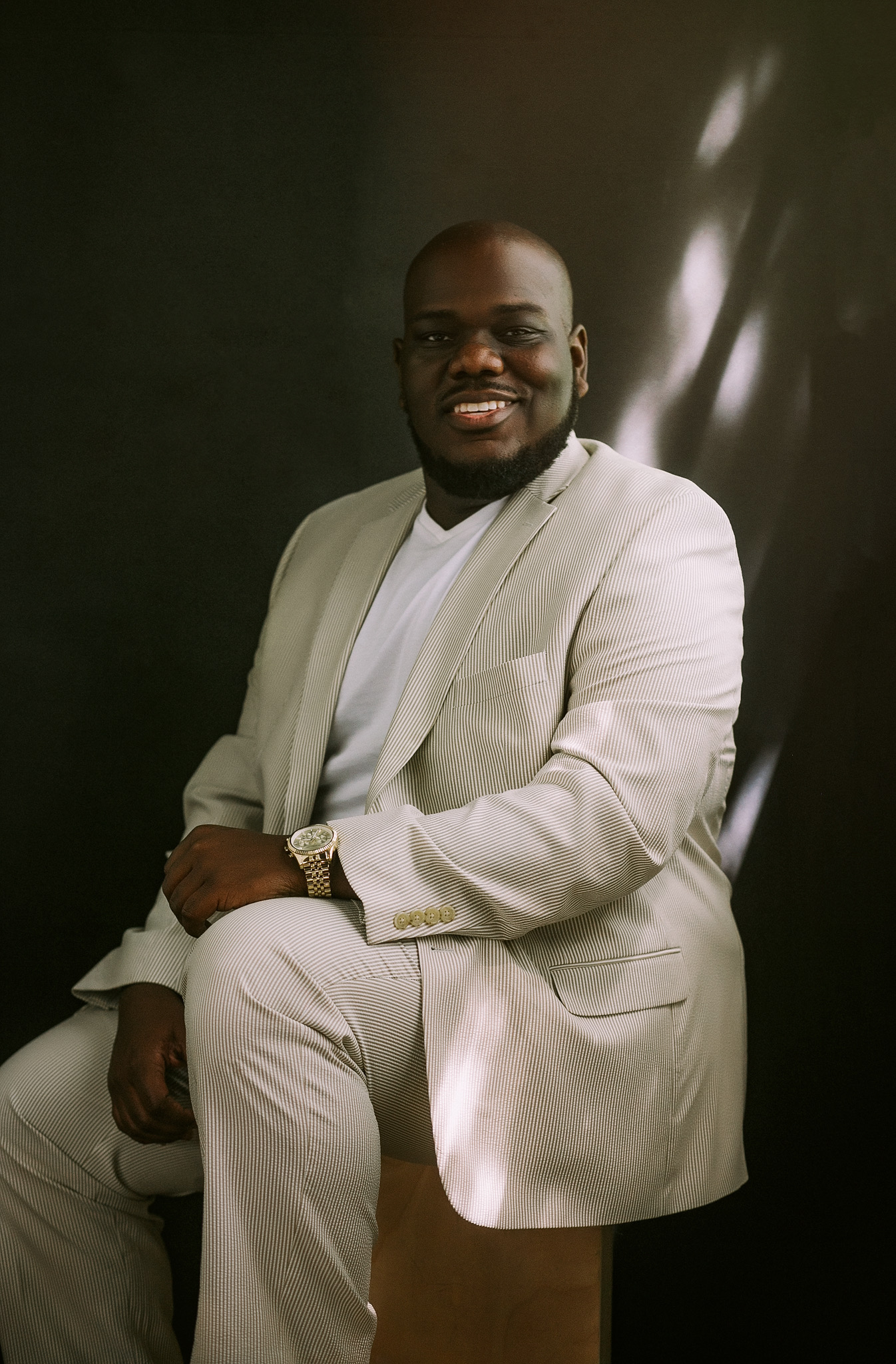 On June 29, 2022, The Associated Press reported the discovery of an unserved warrant for the arrest of Carolyn Bryant, the former wife of Roy Bryant, who is accused of kidnapping, decapitating and brutally murdering Emmett Till in 1955. The murder of Emmett Till ignited outrage and, according to many historical accounts, catalyzed the Civil Rights Movement.

Although several scholars have written about the Emmett Till case, prior efforts by local law enforcement agencies and the U.S. Justice Department failed to put together a solid case to hold anyone involved accountable. When the news broke that the unserved arrest warrant for Carolyn Bryant was discovered at the Leflore County Courthouse, I was immediately curious about how local elected officials would react. I was particularly interested in whether or not District Attorney DeWayne Richardson, who serves the Fourth Circuit Court District of Mississippi, would react, given that this case falls under his office’s jurisdiction.

After calling the DA’s office, I was informed that the office had taken no official position and no press release available. I was left to read through quotes from news stories to determine where the DA stood on this particular development. Richardson declined to make a public comment on the case and directed the press to the December 2021 Department of Justice report, AP reported.

This was shocking, discouraging and seeks to avoid doing what needs to be done to achieve justice for Emmett Till. At the very minimum, the district attorney could call for a new investigation to assure Till’s family and citizens of the Fourth District that the DA’s office will leave no stone unturned. To date, none of that has happened.

The Emmett Till case ignites a lot of emotion because it forces Mississippi to face the reality that it never achieved justice for the boy . Some suggest this is a ghost of the past and should be left there. Others like myself cannot rest until we have pursued and exhausted every avenue to get justice for Emmett Till.

The Fourth Circuit Court District in Mississippi is a majority-Black area that serves a majority-Black constituency. As long as the DA’s office prosecutes people for various crimes, it has a responsibility to do what needs to be done to work with local law enforcement agencies, internal investigators and others to execute this warrant.

I am calling on local officials from the DA to the sheriff to conduct a new investigation and simply follow the facts.

When I received information that this warrant was discovered, I took to Twitter and suggested that if the DA does not work to execute this warrant or fails to call for a new investigation, citizens in the Fourth Circuit District should hold Richardson accountable by voting him out of office. I stand by that statement. I had no idea at the time that my calling for accountability in the DA’s office would “ruffle so many feathers,” and that somehow asking for a new investigation or challenging local leaders to execute an unserved warrant would lead to me being the center of controversy.

However, the DA’s office works with law enforcement officials on several issues when they decide to bring cases for prosecution before judges. So whatever process they use to coordinate on other matters, I think it’s appropriate to use lawful tactics here. It may turn out that a new investigation finds nothing to prosecute here. Be that as it may, authorities have the responsibility to at least show the citizens that they care.

We may think of Emmett Till’s murder as something of the past, but let me remind you that white vigilantes still kill Black men and women at high rates in the United States. Law enforcement officers disproportionately shoot Black men, and all too often, the law does not provide avenues for protecting these lives. The deep-seated resentment and hate that made it possible for Roy Bryant, Carolyn Bryant and others to kidnap and brutally murder Emmett Till, a child, is very much still alive and well in the United States of America.

On Feb. 23, 2020, in Brunswick, Ga., a group of white men brutally hunted down Ahmad Arbery—another young, Black man—simply because he was Black. This particular case would likely have been treated in a similar manner to Emmett Till’s murder had it not been for activists who raised unpopular questions and demanded accountability resulting in a thorough investigation.

Just this year in May, Payton Gendron—an 18-year-old white man—walked into a majority-Black grocery store in Buffalo, N.Y., and executed 10 people. White supremacy radicalized him, and he believed in the Great Replacement Theory, a racist theory promulgated by a number of white supremacist organizations. The Great Replacement Theory “asserts there is an active, ongoing and covert effort to replace white populations in current white-majority countries,” Southern Poverty Law Center states.

You see, Black people in this country have a very complicated history with law enforcement because we know all too often that these agencies work together to prosecute us, but on the other hand, will protect whiteness at all cost.

Can you imagine why a woman who was involved in the kidnapping of an unarmed child would not be served an arrest warrant simply because she had two children at home? I can only think of one reason: white supremacy.

Mississippi public officials in the 1950s never thought that Leflore County, or Mississippi, would be a jurisdiction that elected several Black leaders. But that day has come. The death of Emmett Till and the activism that the Civil Rights Movement brought forward made it possible for the DA to currently occupy his position of power.

I want to use this opportunity to talk directly to the citizens of Mississippi. What is the role and responsibility of Black political leadership in the Mississippi Delta?

Do you expect them to pursue progressive policies and stop prosecuting people for possession of marijuana and other nonviolent crimes?

Do we expect them to advocate for Black communities by implementing programs designed to reshape our criminal justice system fundamentally?

In this post-civil rights era, there are two kinds of Black leaders: those who care about Black interests and use their political power to advance and advocate for Black communities; and those who are indebted to the white political establishments and do not see their role as advocating for the very communities they were elected to represent. We see this all the time during election seasons when certain politicians court white donors and use their financial resources to exploit poor Black communities. We need Black leaders to do better!

This story is deeply personal to me because as a kid, I remember riding on Highways 49 and 82 and seeing the Emmett Till Memorial sign with bullet holes. I couldn’t fathom how someone could shoot down the sign of a 14-year-old kid who was brutally murdered because of racism and bigotry. I watched “Women of the Movement” and sobbed during its powerful reenactment of the events leading to Emmett Till’s death. A few years ago, I had the opportunity to go to the Smithsonian Museum of African American History in Washington, D.C. Of all the museums I have visited, the Emmett Till display is one I’ll never forget. It brought me to tears.

To those I offended with my call for accountability in the DA’s office, I challenge each of you to disconnect yourself from personal alliances and neglect your quest for political expediency.

Dispel fear as you stand up to challenge the system.

I call upon all of our leaders to search their conscience and move forward in the spirit of Fannie Lou Hamer who said, “I’m sick and tired of being sick and tired.”

Move forward in the spirit of Medgar Evers, who said, “I love my children, and I love my wife with all my heart. And I would die, die gladly, if that would make a better life for them.”

Let’s open a new investigation and finally move towards getting justice for Emmett Till.

Editor’s Note: Dr. Emmitt Y. Riley is on the advisory board of the Mississippi Free Press.

With your help, we can do even more important stories like this one.
Support the MFP
PrevPreviousSouth Jackson Welcomes Money-for-Plasma Operation as Experts Warn About Poverty Links
Next‘It Belongs to Us, Too’: Latinx LGTBQ Mississippians Gather in Jackson for Inaugural ‘Queerceañera’Next