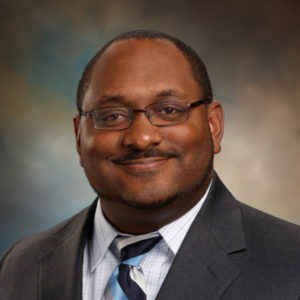 Emily*, 25, and her husband, Rick, are expecting their first child in a few weeks, after having lost previous pregnancies. But rather than this being the most exciting time in their lives, the Forrest County couple is stressed and scared because Emily is unable to receive prenatal care. She recently was let go of her job, losing the family’s health insurance.

While eligible for Medicaid, Emily hasn’t received approval, yet, meaning she hasn’t had the blood tests, ultrasounds, and medical appointments that are a routine standard of care for pregnant women and their unborn babies. Even if she gets approval in these final weeks, Mississippi will cut Emily off from Medicaid 60 days after she gives birth, leaving this new mother without health care.

Unfortunately, Emily’s story is that of too many mothers in our state. With about 60% of pregnant women in Mississippi on Medicaid, this 60-day cutoff leaves new mothers without health care at the time they—and their infants—need it most. This is becoming a matter of life and death. Twice the number of women in Mississippi die following pregnancy than the national average. And it’s even worse for Black women, who are three times more likely to experience a pregnancy-related death than White women.

But it doesn’t have to be this way. At the W.K. Kellogg Foundation, we want every child to thrive. That begins with a healthy start in life and ensuring their caregivers also have access to the resources they need, like postpartum care. Many lawmakers agree. Every other state in the Deep South has extended or is in the process of extending Medicaid coverage to 12 months postpartum, recognizing that healthy babies need healthy mothers.

Mississippi lawmakers have the opportunity to protect an entire generation of mothers and children. With more than 80% of maternal health issues arising between two months and a year postpartum, and 37% of maternal deaths occurring more than six weeks after childbirth, Medicaid extension would help all Mississippi’s children have a healthy start to life by ensuring care for their mothers. And extending Medicaid to new mothers for a year would only cost the state $6 million in the first year.

But there’s a greater opportunity—and a moral imperative—to do right by our children and families. Many expectant and new mothers only qualify for Medicaid after becoming pregnant, leaving a gap of health coverage for our working poor. Mississippi is one of 12 states that has not taken advantage of federal guidelines allowing Medicaid coverage for people with incomes one-third above the poverty line, cutting off eligibility for a family of three with a monthly income of $476. This means that the working poor earn too much to qualify for Medicaid in Mississippi but cannot afford other health coverage.

Expanding general Medicaid eligibility would provide 230,000 Mississippians with health coverage. It would enable more pregnant women in our state who have pre-existing conditions to get the care required to ensure their baby is born safe and healthy. Mississippi has the nation’s highest infant mortality and preterm birth rates. Valuing life means ensuring that our children, families and communities can thrive.

Make no mistake—expanding Medicaid can save lives. But the economic benefits also make it a no-brainer. Business leaders in Mississippi say that expanding Medicaid makes economic sense for the state, reducing state costs by $1.2 billion over five years. It would improve the lives of workers and their families, as more than 60% of people who would be eligible are in a family with at least one worker. Healthier workers mean a healthier Economy.

Expanding Medicaid would create 20,000 new jobs and $14 billion in new economic activity statewide. Medicaid expansion would also ensure continuing medical care in rural areas, where hospitals are closing or in danger of closing because not enough patients are eligible for Medicaid. In 2019, hospitals in the state spent $600 million on uncompensated care. Expanded Medicaid means more preventive and routine healthcare, creating a healthier populace and easing the burdens on emergency rooms.

Mississippi would also gain $1 billion a year in federal funds, as our state receives the highest level of federal Medicaid matching funds of any state in the country. Let’s stop leaving billions of dollars on the table.

At the W.K. Kellogg Foundation, we want every child and family to thrive, especially here in Mississippi, a priority place for our investments. After the U.S. Supreme Court’s ruling on Dobbs v. Jackson Women’s Health Organization, Mississippi lawmakers can affirmatively demonstrate their commitment to valuing life and protecting families like Emily’s and that of the working poor. The safety, lives and livelihood of women and their families are in the balance. It’s time for Mississippi to act.

*Emily’s name has been changed to protect her identity and that of her family.

Editor’s note: The W.K. Kellogg Foundation has provided funding to the Mississippi Free Press, which did not influence publication of this opinion piece.

Wesley Prater, a native of Mississippi, is a program officer at the W.K. Kellogg Foundation and focuses his work on health equity.
All Posts

With your help, we can do even more important stories like this one.
Support the MFP
PrevPreviousMississippi Republicans Choose U.S. House Nominees In Three Runoffs Today
NextVoters Who Registered May 31 Not in Poll Books, Required to Vote Affidavit in RunoffsNext