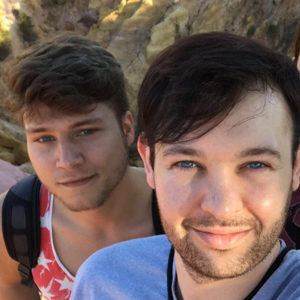 Local Mississippi election officials have made 70 changes to polling places in dozens of counties since the 2020 election, a Mississippi Free Press examination has found. The changes include 48 precinct relocations, 15 closures and eight new precincts.

Statewide, there are now 1,766 voting precincts, representing a net decrease of 8 since the last federal election. Three counties have experienced a net increase in total voting precincts since 2020, with DeSoto, Lamar and Newton counties each gaining one precinct overall. Three counties lost one precinct each, including Holmes, Prentiss and Rankin counties. Two counties now each have four fewer total precincts; Neshoba County’s total precincts decreased from 27 in 2020 to 23 today, while Webster’s total fell from 17 to 13.

Mississippi voters can see the precinct changes we identified with the table below, which includes a search option. These updates are the beginning of Phase 2 of the Mississippi Trusted Elections Project that tracks and updates precinct changes in searchable graphics, and reports voting-related news.

The State of Mississippi does not provide an up-to-date, comprehensive list or database of voting precincts to the public. To identify changes, the Mississippi Free Press made a public-records request for a PDF copy of a Statewide Elections Management System database report showing the secretary of state’s list of voting precincts as they were in April 2022 and compared it to a similar report from October 2020.

The reporters initially identified more than 50 changes by comparing the two SEMS reports after first carefully converting them into spreadsheets. However, because it is up to each of the state’s 82 counties to keep their county precincts up-to-date in SEMS, not all had updated their precincts in the database, and some had made mistakes.

The Mississippi Free Press made calls to circuit clerks and election commissioners in all 82 counties to verify the changes as well as to uncover others that we could not find by checking SEMS alone. In several cases, election officials said that what appeared to be changes in the April 2022 SEMS report were erroneous entries and the precincts remained the same as in November 2020.

Due to congressional redistricting, some voters will arrive at familiar polling places for the June 7 party primaries with the changes not apparent until they receive their ballot. In Jones County, voters in all 37 precincts prior to this year had voted in the 4th Congressional District, which Republican incumbent Steven Palazzo currently represents.

While voters in Jones County’s other precincts will be able to choose to vote in either a Democratic or Republican primary, those who are now in Guest’s district will only have the option of voting in the Republican primary this month because Guest has no Democratic opponents. Welch said that the decision to split Jones County between two congressional districts has added new complexities to preparing for the June 7 primaries for local election officials. Congressional redistricting resulted in changes for voters in other counties, too.

While the Mississippi Free Press Trusted Elections Project 2022 team made significant efforts to identify and verify precinct changes since 2020 (as well as providing a complete list of all precincts for the June 2022 primaries), voters should still call their local circuit clerk to verify their polling place before heading out to vote. The Mississippi Secretary of State’s website includes contact information for all local circuit clerks.

The Mississippi Secretary of State’s website does provide a tool voters can use to look up their polling place using their address, but the tool can sometimes prove inaccurate because it draws from the SEMS database, which is not always correct or up-to-date. During the 2020 election, Secretary of State Michael Watson urged voters to verify polling places with local election officials.

The primaries take place on June 7, 2022. Registered voters can choose to vote in either the Democratic or Republican primaries in their congressional districts. Secretary of State Michael Watson has urged voters to verify their vote registration is active by checking online at this link.

When they arrive at the polls on June 7, voters must bring an acceptable form of photo identification, such as a driver’s license, state-issued photo ID, U.S. passport, government employee ID card, student ID from a state university or college, firearms license, tribal ID or a Mississippi Voter Identification Card. Information on how residents can obtain a free voter identification card from their local circuit clerk’s office is available here.

Voters are eligible to cast a ballot if they registered at least 30 days before the primary or by May 9, 2022. More information on voting is available on the Secretary of State’s FAQ section and Voter Information Guide.

With your help, we can do even more important stories like this one.
Support the MFP
PrevPrevious‘Coming Home With Pride’: Jackson Nonprofit Holds LGBTQ+ Observances in June, October
NextAll Polling Places For Mississippi’s June 7 Congressional PrimariesNext