More than a dozen HBCUs nationwide have received bomb threats since Monday.

“The spate of bomb threats against Historically Black Colleges and Universities (HBCUs) in recent days is incredibly disturbing and disheartening,” U.S. House Rep. Bennie Thompson, Mississippi’s only Black member of Congress, said in a statement. “It is not lost on me that these threats are targeting African American educational institutions at a time when we are observing Black History Month.

“Moreover, this rash of threats against HBCUs put further strain on campuses and communities that were already under great stress, as they try to operate safely during the pandemic. These bomb threats against HBCUs deserve a full investigation, particularly given the dynamic terrorism threat landscape. I have engaged with the FBI and DHS about these threats to HBCUs and am committed to working with HBCU leaders to get them the answers they deserve.”

In a statement this morning, JSU President Thomas K. Hudson called the bomb threat “unsubstantiated” and said the “JSU Department of Public Safety worked quickly with the Jackson Police Department to investigate and sweep the campus” before giving an “all-clear signal” and resuming campus operations.

“The recent threats to HBCUs across the country are a shameless attempt to dampen our sense of safety and freedom by attacking locations traditionally considered a haven for all pursuing an education in a nurturing environment. We take every threat to our campus community seriously. However, we will not be deterred in our pursuit of the promise of the American dream,” Hudson said. “… I would also like to thank our local, state, and federal law enforcement partners who have committed resources to help us move forward.

“Lastly, we will not succumb to any attempts to incite fear amongst our community or disrupt our mission to create global leaders who will help eradicate ideologies that impede our progress as a nation. We have been steadfast in who we are since 1877, and threats will not dissuade us from educating those seeking a transformative learning experience.”

Below are statements each affected university, in different regions of Mississippi, released this morning.

At 6:07 a.m.: “Alcorn State University received an anonymous bomb threat this morning. We are advising all students to shelter in place. Faculty and Staff should not report to work until further notice. Please stay tuned to the Alcorn website, email, and social media accounts for updates.”

At 10:54 a.m.: “Due to today’s anonymous bomb threat, all campuses will operate virtually. There will be no in-person student activities and all classes will continue by virtual instruction on Canvas. The dining hall will serve brunch from 10 a.m.-1 p.m. and dinner from 4 p.m.-7 p.m. No retail locations will be open. All employees, except for emergency personnel (police, fire, EMS, and dining), will work remotely today. Alcorn takes all threats seriously and remains vigilant in our efforts to maintain the safety of our campus community.” 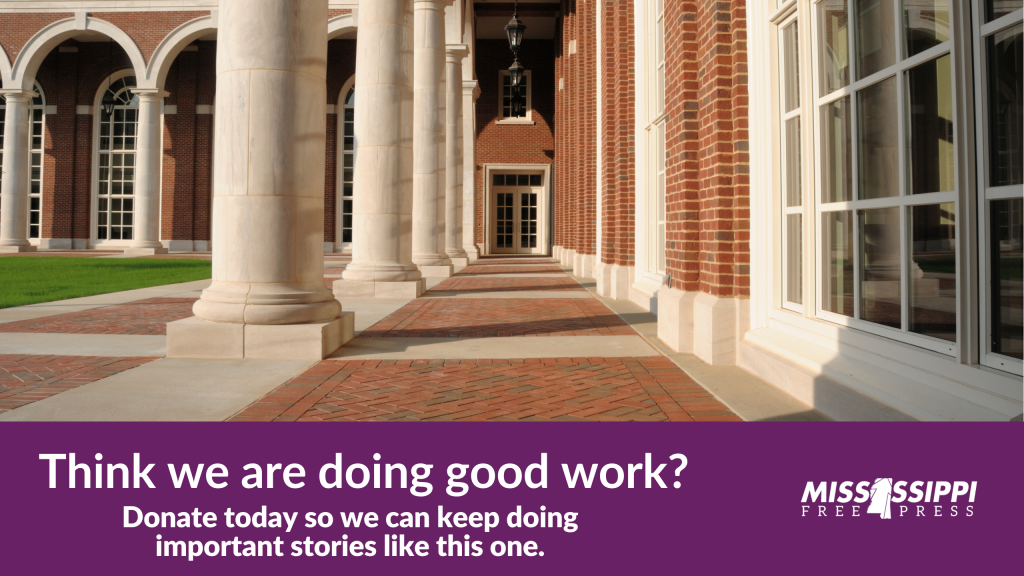 At 6:34 a.m.: “Jackson State University received a bomb threat this morning at 4:15 a.m. The Jackson Police Department and JSU Department of Public Safety have swept the campus and found the threat unsubstantiated. An all-clear has been issued. The campus will remain open with a heightened presence of law enforcement as a precautionary measure. All faculty, staff and students must display their I.D. badges at all times. Jackson State University takes any threats to the campus community’s safety seriously and remains vigilant in maintaining the safety and protection of the JSU community.”

At 5 a.m.: “Due to a bomb threat received through the Mississippi Valley State University guardhouse earlier this morning, Tuesday, February 1, 2022, MSVU is currently on lockdown, and campus police are conducting a complete investigation. School officials are working with local emergency personnel to investigate and determine the extent of the threat. All classes will be held through the virtual platform; all on-campus students will remain in their residence halls until it has been determined it is safe, and campus police have issued an all-clear. All persons on campus are advised to shelter-in-place until further information is available.

“Only essential staff will be allowed on campus. Employees will work remotely, and staff will be required to wear visible campus identification. Students are scheduled to receive brunch from 10-1 p.m. All faculty, staff, and students will receive an all-clear once it has been determined it is safe through the MVSU alert system, MVSU News, and MVSU social media platforms.”

“Along with many HBCUs throughout this country, this morning, our beloved Rust College received a bomb threat against our campus community. The administration and campus security immediately responded by reaching out to law enforcement to thoroughly investigate the threat. The Holly Springs Police Department, Marshall County Sheriff’s and Fire Department, Desoto County Sheriff’s Department and FBI immediately responded and issued a shelter in place for the entire campus community. Bomb detection canines were called in to sweep the entire campus and to ensure the Bearcat Community was not in any imminent danger.

“As of 10:00 a.m. CST, we have received an all clear from law enforcement and were informed that the campus was safe and secure. We plan to continue with virtual classes throughout the remainder of the day and have postponed all scheduled campus activities to a later date. We plan to resume normal campus operations on Wednesday February 2, 2022.

“Increased law enforcement will be present on campus throughout the week and increased security measures are in place as students, faculty, and staff enter and exit the campus. No visitors will be allowed on campus at this time. We encourage the entire Bearcat Community to remain vigilant throughout the day and to report any suspicious activity immediately. As always, Rust College will persevere and stand strong in the face of adversity.”

7:40 a.m.: “Due to today’s bomb threat, the campus will operate virtually (February 1st). Although the campus has been cleared, for safety precautions, there will be no in-person classes/activities, and employees and students should not commute to the campus. All faculty and staff will work remotely today.

Further instructions will be provided via the college’s website.”

This story has been updated to note that Rust College in Holly Springs, Miss., is among the HBCUs that received a bomb threat, as first reported by Mississippi Today’s Molly Minta.

Award-winning News Editor Ashton Pittman, a native of the South Mississippi Pine Belt, studied journalism and political science at the University of Southern Mississippi. Previously the state reporter at the Jackson Free Press, he drove national headlines and conversations with award-winning reporting about segregation academies. He has won numerous awards, including Outstanding New Journalist in the South, for his work covering immigration raids, abortion battles and even former Gov. Phil Bryant’s unusual work with “The Bad Boys of Brexit" at the Jackson Free Press. In 2021, as a Mississippi Free Press reporter, he was named the Diamond Journalist of the Year for seven southern U.S. states in the Society of Professional Journalists Diamond Awards. A trained photojournalist, Ashton lives in South Mississippi with his husband, William, and their two pit bulls, Dorothy and Dru. Follow on Twitter @ashtonpittman. Send tips to [email protected]g.
All Posts
Republish This Story

With your help, we can do even more important stories like this one.
Support the MFP
PrevPreviousTelling Every Story: Intimate Photographs, and Antics, of Bonny Parham in Amory, Miss.
NextSurplus Should Fund Mississippi’s Future, Not Fund Tax Cuts for WealthyNext