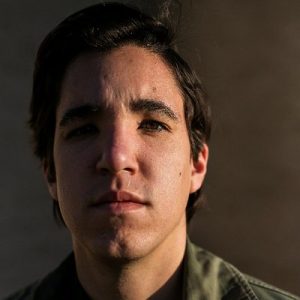 This is Part 3 in a series.

The billing and collections practices of St. Dominic’s Hospital in Jackson had devastating impacts on patients, a Mississippi Center for Investigative Reporting investigation found in a series republished in the Mississippi Free Press.

Debt collectors working with the nonprofit hospital sued thousands of Mississippians, many of whom worked in fast food, retail, staffing services and even for St. Dominic. Effects of the collections including garnishing the patients’ wages, seizing their bank accounts, destroying their credit and, in some cases, bankruptcy.

But the issue is not unique to St. Dominic.

Hospitals across Mississippi are suing patients over medical debt, a practice that typically generates little revenue but can harm patients.

There has been little scrutiny of the practice in Mississippi, where the problem could be acute.

The Urban Institute reports that Mississippi has a relatively high percentage of residents (19%) with medical debt in collections. This means as many as one in five Mississippians have been sued or are at risk of being sued over medical debt. The problem disproportionately affects Mississippians of color.

MCIR spoke to experts about how the state could reduce the number of patients being sued. They offered three solutions that hospitals and state leaders could enact.

April Kuehnhoff is a staff attorney with the National Consumer Law Center and has co-authored a model bill for state legislatures. The bill offers a range of consumer protections and incentives to decrease the number of patients sued for medical debt, including:

St. Dominic has a relatively generous financial-aid policy compared to other nonprofit hospitals in Mississippi—although tax records show thousands of low-income Mississippians were being billed anyway.

In recent years, patients whose household income was 200% of the federal poverty limit qualified for free medical care. As of July 1, that policy started covering household income up to 275% of the federal poverty limit.  Kuehnhoff said a good starting point for the State of Mississippi would be to step in and require other Mississippi hospitals to have financial-aid policies that match that level or more.

A new Maryland law, effective this summer, requires all acute-care and chronic-care hospitals—nonprofit, private or government-owned—to provide free medical care to people making 200% of the federal poverty limit or less. The law also requires reduced costs for people just above that income level.

Expanding Medicaid could also reduce the number of Mississippians that hospitals sue. Mississippi is one of 13 states that has not effectively expanded its Medicaid program to cover more low-income residents.

Medicaid is a federal-state program administered by states that provides certain low-income Americans with health insurance. In 2010, Congress passed the Affordable Care Act, often called “Obamacare,” giving state governments billions of dollars in additional Medicaid funding if they expanded the eligibility rules to cover more low-income people. States had to chip in a tenth of the costs, and most southern states, including Mississippi, have refused.

Jason Little is the president and CEO of Baptist Memorial Health Care Corp., a nonprofit that operates 19 hospitals in Tennessee, Arkansas and Mississippi. That includes Baptist Medical Center in Jackson, which used a debt collector to sue more than 2,500 people in Hinds County from 2018 to 2020.

“We are huge proponents of Medicaid expansion,” Little said. “… When a greater number of people have greater access to care when they otherwise couldn’t afford it, it’s a game changer. … [I]t’s still not too late for states to make that decision.”

Little believes it would directly lead to a decrease in Mississippians’ medical debt. He said Medicaid expansion would benefit both hospitals and patients.

Expanding Medicaid would not stop all medical debt lawsuits, experts told MCIR. Hospitals in states with Medicaid eligibility expansion still sue patients routinely, they said, but it could improve the bottom lines of hospitals, free up funds to have more generous charity-care policies, stimulate the economy and offer more protections to poor Mississippians.

Erin Fuse Brown, a law professor at Georgia State University, pointed out that patients with  Medicaid coverage cannot be sued for medical debt.

“It’s a big financial protection for the patient to have Medicaid—not just the hospital,” Fuse Brown said.

Kuehnhoff said it would likely lead more low-income Mississippians to seek preventative medical care, rather than waiting until they need an expensive visit to the emergency room.

Hospitals themselves could be taking proactive action to reduce the number of patients being sued for medical debt For hospitals with charity-care policies, the first step could be making sure patients know about them.

Kuehnhoff said “incredibly clear” signage needs to be “posted everywhere.” Information about the financial aid policy should be in multiple languages, she said, and  note that undocumented people are eligible for charity care. The applications should not be onerous, Kuehnhoff said, and hospitals should have presumptive eligibility policies—meaning if a person is on a program like food stamps, they automatically qualify for free or reduced medical care.

Hospitals could also change their medical debt-collection policies to reduce or stop lawsuits altogether. The University of Mississippi Medical Center does not file any debt-collection lawsuits against patients.

Baptist Memorial Health operates facilities in three states and in rural areas that otherwise would not have access to health care, Little said. Most years, Mississippi Baptist Medical Center loses money, he said. Little did not know how much the debt-collection practices bring in annually, but said that even a fraction of a percent is significant to a nonprofit hospital. Baptist does not target poor people with lawsuits, Little said; they target people who repeatedly ignore bills.

“We have a very exhaustive process with working with patients on their medical bills,” Little said. He noted that the hospital’s charity-care policy is more generous than others in the region. “I really have a lot of faith in this process.”

Little acknowledges the system could make mistakes. He said the hospital chain continues to evaluate its debt-collection policies. In some instances, that means stopping lawsuits altogether.

“There have been no attempts to sue patients since March (2020) when the pandemic started. We understand this has been a generational event,” Little said.

Mississippi Baptist Medical Center patients are facing new lawsuits since January, Little said, but those are related to debts from before the pandemic began.

“At the end of the day, we don’t want anyone having to fear getting care at our hospitals,” Little said, stressing that he wants every patient to know about the hospital’s charity care policies. “We’re going to do our best to reach out and work with you, and we’d ask you to do the same.”

St. Dominic also took some action during the pandemic. Lawsuits slowed, but they did not stop. It is unclear how St. Dominic plans to handle debt collection going forward. Executives at the hospital declined interview requests, citing a surge in COVID-19 cases.

Some hospitals have opted to forgive past medical debts after their debt-collection practices were brought to light. Methodist LeBonheur, a health system based in Memphis, forgave the debts of 6,500 patients—nearly $12 million—following investigative reporting by the news site MLK50.

It’s unclear whether St. Dominic could do the same. Private debt collectors almost exclusively filed the medical-debt lawsuits against its patients. In a statement, St. Dominic said its debt collectors work on a contingency basis. The hospital does not sell individual patient debt.

Mark Rukavina is a program director at Community Catalyst, a national nonprofit that advocates for health equity and justice. He found the lawsuits and garnishments during the pandemic especially troubling.

“The institution got relief, but the patients didn’t,” Rukavina said. “That’s just tragic. The numbers may have decreased, but they didn’t stop.”

Alissa Zhu and Macy Weaver contributed to this report. The  Mississippi Center for Investigative Reporting produced this project, with additional funding from the Health Coverage Fellowship and the Fund for Investigative Journalism.

Giacomo "Jack" Bologna is a native Michigander who has reported for newspapers in Missouri and Mississippi. He is in the process of moving to Baltimore. You can reach him at [email protected]
All Posts

With your help, we can do even more important stories like this one.
Support the MFP
PrevPrevious‘It Broke My Heart’: St. Dominic’s Debt Collectors’ Tactics Cause Lasting Damage
NextEast Biloxi is in Desperate Need of American Rescue Plan Act FundsNext