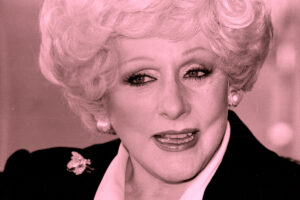 How Mary Kay Contributed To Feminism—Even Though She Loathed Feminists

Mary Kay Ash, who died in 2001, loathed the term “feminist” and disliked the movement, but she successfully defied her era’s female gender norms, Professor Cassandra L. Yacovazzi writes. “She turned a few thousand dollars into a multibillion-dollar cosmetics empire and led it for decades. Her sales force grew from fewer than 10 women to tens of thousands.”