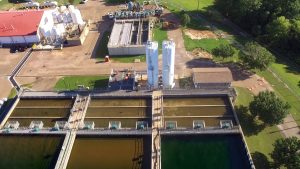 Lawyers representing hundreds of Jackson children have sued the City of Jackson, Trilogy Engineering Services, and dozens of individual employees and public officials over allegations of persistent failures to address corrosion control in the Jackson water system. The lawsuit claims that spiking lead levels over the last decade and inaction on the part of public officials has resulted in lead-poisoned children in the city.