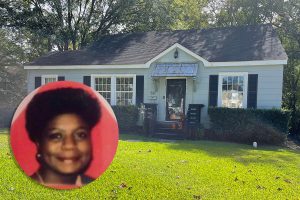 Blood was all over the place. Early on Monday, July 21, 1997, an assailant stabbed 36-year-old Angela Parker six times in her apartment at 531 Hartfield St. in Jackson.The attacker choked and beat the Kentucky Fried Chicken cook who also worked at Von Schrader General Maintenance to support her three children.