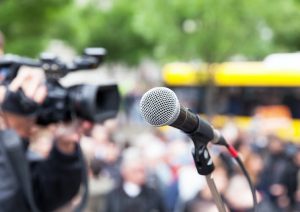 As senators plan for an impeachment trial—in which former President Donald Trump is accused of inciting his supporters to mount a deadly insurrection at the Capitol—global concern is growing about threats of violent unrest in multiple countries, including the U.S. The United Nations reports the proliferation of dangerous speech online represents a “new era” in conflict.