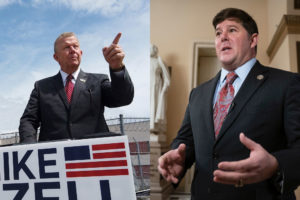 Incumbent Republican U.S. House Rep. Steven Palazzo will debate an opponent for the first time since he won the seat 12 years ago as he struggles to hold onto his seat in Mississippi’s 4th Congressional District. The South Mississippi congressman will debate GOP primary runoff opponent Mike Ezell on Friday.