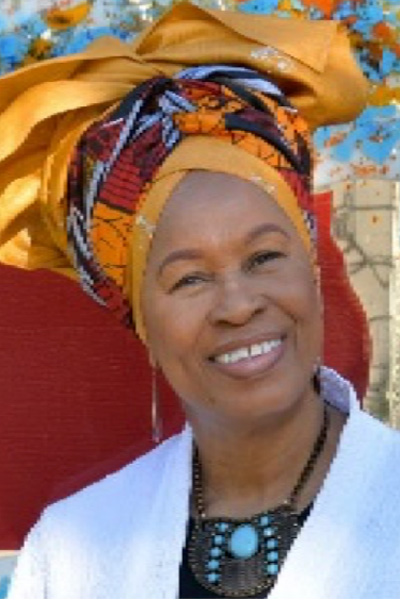 Okolo Rashid was born in Mississippi, the daughter of sharecroppers, and grew up in America’s turbulent era of overt segregation and racial oppression.  She has, thus, been a life-long advocate of humanity dignity, social and economic justice and racial harmony.

After graduating from Hinds Junior College (now Hinds Community College) in 1970, among the handful of African Americans who integrated it, and earning degrees in economics and public policy at Tougaloo College and Jackson State University, respectively, Okolo has had a varied career. A community development activist, organizer and historic preservation advocate has worked primarily with inner-city communities and grassroots organizations. for much of her life. She is currently president and co-founder of the International Museum of Muslim Cultures (IMMC), and directs its recently established Islamic Thought Institute. The Museum is America’s first Muslim Museum, which opened in Jackson, Miss., April 2001.  It is the result of Okolo’s vision—that comprises activism and an inclusive world view where human dignity and individual worth are central values.

In January 2004, Okolo and husband, Sababu, traveled to the Republic of Mali, West Africa, and was successful in bringing back ancient manuscripts of Timbuktu for the groundbreaking international, one-of-a-kind Legacy of Timbuktu Exhibition, in partnership with the Mamma Haidara Memorial Library of Timbuktu, to Jackson, Miss., and America.  Okolo and her husband are very active in the metro Jackson Islamic community and interfaith community.  Okolo was featured in 2006 in “The Face Behind the Veil: The Extraordinary Lives of Muslim Women in America,” a book by Donna Gekrke-White.  In 2014 she and her work were featured in the book, “Liberating Minds Liberating Society: Black Women in the Development of American Culture and Society,” edited by Lopez D. Matthews, Jr. and Kenvi C. Phillips.

During Mississippi’s turbulent 1960s, Okolo and Sababu embraced Islam and have sought to live out their faith among family, friends and neighbors, embracing many faith traditions. The couple has four children: a son, Ismail, three daughters, Khadijah, Maryam, and Aseelah; 10 grandchildren and a great-grandson and great-granddaughter.